Dublin was never on Anna Grimard’s trajectory. Now, an MSc in Marketing, a red-haired fiancé and a managerial role with an award-winning Irish travel company later, she tells us all about what Liffeyside life has to offer.

Originally from Florida, it took a while – and a hint from Hollywood – before Anna ended up crossing the Atlantic. “I did my undergrad in advertising in Georgia, in the States, so I was in Atlanta for three years. When I left, I kinda moved around a bit… I ended up in Tennessee, working at a children’s non-profit museum, which was super fun – but I was so obsessed then with getting something in advertising.”

At the time, jobs in her field of choice were few and far between; a reality, Anna says, that left her frustrated. “The job I ideally wanted was copywriter, and those people were not leaving their jobs… Like, come on! Get out of there so I can have a chance! I was applying and applying and applying – I never even thought of going to get my Master’s degree.” GoHop, the travel company in Dublin where Anna now works as Marketing Manager, seems a far cry from the deep south, and she laughs at the memory of what spurred her to explore moving further afield.

Oh, my god – this is the coolest place ever. This is real Irish life

“This sounds horrible – I watched ‘P.S. I Love You’ one night and thought, ‘I’m gonna go to Ireland’. I’d never been here before in my life! I don’t even know what I Googled, but the Master’s in UCD came up and then I did a bit of research, and it turned out to be a really great programme. World-renowned! So I told my mom, ‘Well, it’s just one more application’.

I think the next day, I got accepted; two weeks later, I left. It was very spur of the moment. If I had actually thought about it, I probably would’ve been scared out of my mind and not done it, but just having something so shockingly different to jump at… I was so ready to go.

Just get out there and talk to everyone. 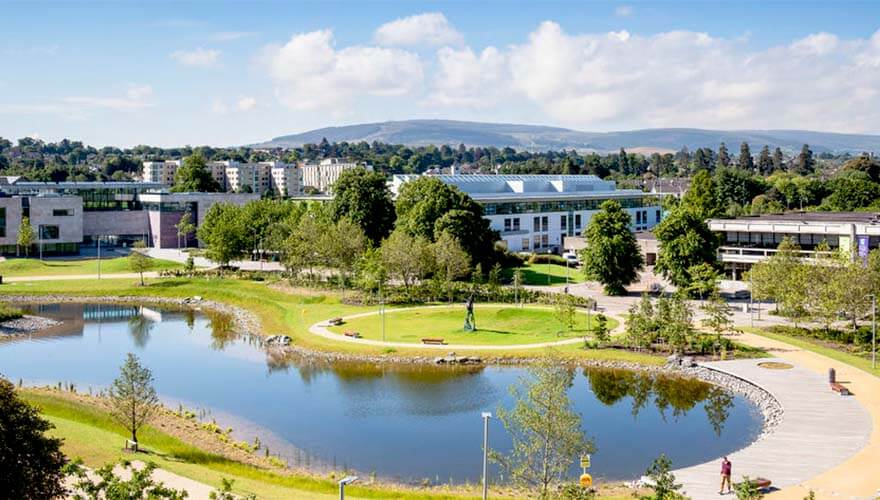 When I first arrived, I’d chat away to just about anyone that would talk to me! I love meeting new people. The first week of school, there was international student orientation, which was fantastic. There were students from all across the world, kids from China, one from Kazakhstan, a few other Americans and a bunch from Italy and around Europe.

It was a great community that UCD built, the way they did the international student events. At the orientation, you made hot whiskeys, and there were all these Irish people telling you how to pour a drink correctly; next was Irish dancing. Then, you went outside and played hurling and Gaelic football and, oh my god; we were all rotten! The last section was speed dating – you had to say, ‘What’s the craic?’, and stuff like that.

It sounds very cheesy to tell an Irish person… but it was great fun. It was good to be able to introduce the Irish culture. But I think the best support that I had was our professors. They were fantastic, and they’ve obviously been through this time and time again. The teachers and the Head of Marketing, Marius [Claudy], they were all fabulous. They weren’t just professors; they were more like classmates. They were great.

I couldn’t be in Ireland and not pretend to be Irish at least. You know – you want to live the dream. 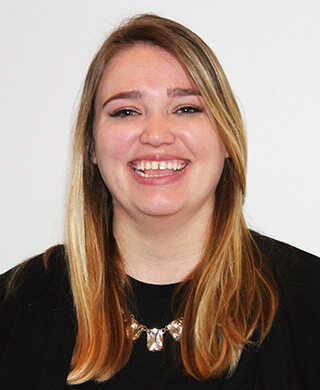 When we had our orientation, and the guy was lecturing, ‘You need to make friends outside your nationality and branch out’ – it’s a bit daunting, especially the older you get because you think it’s harder to make friends. But just make yourself do it.

If it’s nice out, I’ll sit by the canal and have a drink

Talk to everyone and anyone, because you never know who you’re gonna meet. One of the first people I met in Dublin when I was in O’Donoghue’s, just chatting away to people – we went out another time, and he said all his friends were in Galway that weekend. He showed me a picture and asked if I recognised one guy – it was Jack Gleeson from Game of Thrones! You’d never get that in America. You’d never just bump into someone who knows someone hella famous. Never. It’s just too big. It’s great that you guys are so tight-knit.”

I’m a big believer in that everything’s meant to happen for a reason.

Off-campus, Anna laughs at how quickly she was charmed by daily life in Dublin. “If it’s nice out, I’ll sit by the canal and have a drink. My ideal day out… going out to Phoenix Park and the old Guinness mansion. My mom loves coming to stay at the Shelbourne and walking down Grafton Street and going to that bookstore, Hodges Figgis; and going down to Dún Laoghaire is always nice.
We went to Rathmines, and I was just like, ‘Oh, my god – this is the coolest place ever. This is real Irish life. I’m living the life. I’m living the dream now.’

I started school in September, my older brother was getting married in April, and I just remember calling him saying, ‘I’m gonna bring an Irish guy to your wedding. He’s gonna be my husband. This is it. This is my life.’ Just before I went home for Christmas, I met my now-fiancé, Dave. I did bring him to my brother’s wedding, and now we’re getting married.

Five years ago, I would’ve been like, ‘You’re joking me. I would never move to Ireland.’ But everything happens the right way. It’s all part of some big plan, I’m sure, but… that’s a whole other conversation!”

In a corner of University College Dublin’s suburban campus, archaeologists are building houses using thousand-year-old methods and casting bronze tools in fire pits using moulds they’ve made themselves. Brendan O’Neill, a PhD student in UCD’s School of Archaeology, has built a wooden roundhouse as part of his research. It took him about thirty days’ work over the course of ten months to complete. He wove hazel rods from a managed forest in the Irish midlands to create walls and a roof, which is topped with heather to help waterproof the structure. Inside the house, there’s a surprising amount of space. A central fireplace surrounded by s