Spotted a famous musician in Dublin recently? There’s a fair chance they were coming out of TU Dublin’s school of commercial music – BIMM.

Situated on Francis Street in Dublin 8, the British and Irish Modern Music Institute – or BIMM – holds regular masterclasses for its students with world-class musicians.

Over the past decade, Imelda May, Danny O’Donoghue of The Script, Smashing Pumpkins drummer Jimmy Chamberlain and even Hozier have paid surprise visits to BIMM’s students.

US singer-songwriter, John Grant, also offered a songwriting masterclass. U2’s The Edge has attended a BIMM graduation ceremony. And, most recently, BIMM graduates Fontaines D.C. announced a scholarship at the college – as did Dubliner Dermot Kennedy.

All of the tutors at BIMM are working musicians or industry professionals and it’s these expertise that help students build a career in music.

There’s an impressive list of tutors working at the college. Amongst others, the 60 or so notable teachers include: 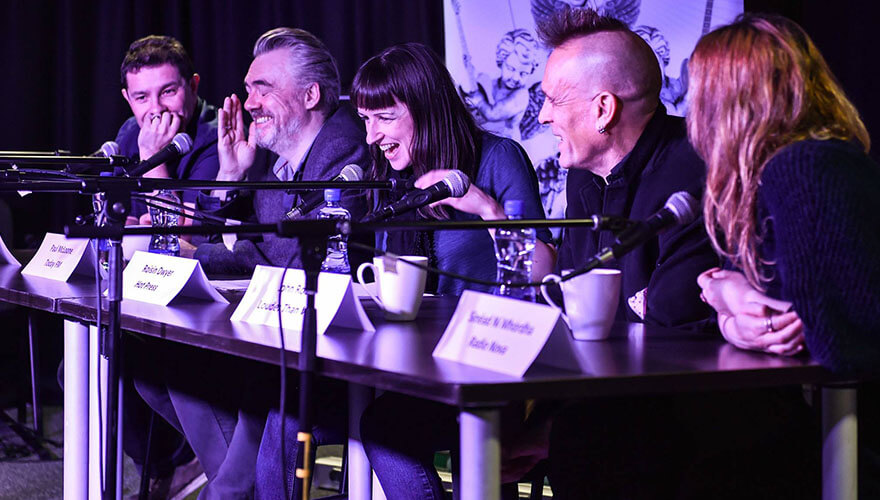 What they’ll teach you

“Students attend BIMM for many reasons ranging from an aim to have a sustainable career in the music industry to becoming a successful artist in their own right,” says BIMM principal Alan Cullivan – who discovered and managed Irish band The Thrills.

“They could be a session musician, music teacher, studio sessions player, manager or promoter,” he says. “Some students attend BIMM with the main aim of becoming a better musician and to have a degree with transferable skills that can be achieved with all honours degrees.”

We prefer our tutors to be current and active in the industry, so they can pass on their first-hand experience.

BIMM prides itself on the fact that all of its teachers are current music industry practitioners. “We prefer our tutors to be current and active in the industry, so they can pass on their first-hand experience to students in the ever-changing and evolving world of the music industry,” says Cullivan.

Tutors dedicate varying amounts of time to teaching at BIMM. Sometimes, this means they can’t commit to teaching because they are away touring or working on projects. However, this also means that they’re always connected with the industry.

BIMM Dublin’s courses include a Masters in Popular Music Practice, degrees in Music Business and Commercial Modern Music – which is suitable for students who want to specialise guitar, bass, drums, vocals or songwriting – as well as a selection of diplomas.

Established in 2011, BIMM is an offshoot of the Brighton Institute of Modern Music. Alumni from its various UK branches include James Bay, Marina Diamandis of Marina and the Diamonds, Ella Mai and Tom Odell.

Closer to home, BIMM Dublin students like Maria Kelly, Fontaines D.C. and Craig Fitzgerald of The Academic have become well-known artists, making a name for themselves on the music scene. 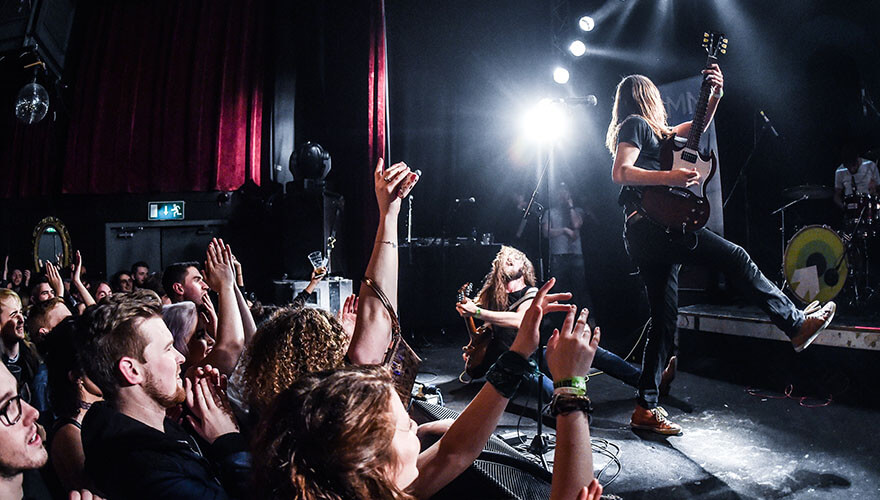 Most BIMM alumni don’t go on to become big names, of course. However, many are happy to build a career in the industry. Countless other graduates work behind the scenes as managers, producers, vocal coaches, session musicians and in various other roles.

At BIMM, the tutors and programme content focuses on developing a suite of useful skills from marketing and business, through to studio recording, performance and songwriting.

Students don’t just learn to be masterful musicians, but also about business and the industry. This makes it much easier for them to build a career in music once they graduate.

Meanwhile, the BIMM campus and its surrounding area has become a major creative hub in Dublin. The college has added to the environment already created by the nearby National College of Art and Design and students from the two colleges regularly collaborate on projects.

“The impact of BIMM is also evident in the live music scene in Dublin where, on any given night, many of the acts playing in Dublin venues are BIMM-associated bands such as Farah Elle, Le Boom, AE Mak, Jafaris and Brass Phantoms – to name but a few,” says Cullivan.

The impact of BIMM is also evident in the live music scene.

Ultimately, however, BIMM aims to instil a sense of entrepreneurship in its students.

“Collaboration with other artists and other art forms is encouraged,” says Cullivan. “This is an era where technology has empowered new artists to create, write, design, film, release and market – on their own terms. And our students are perfectly placed to create and shape the industry.”

You can find out more over on BIMM Dublin’s website.

The popularity of spoken word is on the rise in Dublin and one of the stars of the scene is Elayne Harrington, AKA Temper-Mental MissElayneous. She’s a rapper and slam poet from Finglas and a standout female performer on a male-dominated scene. Dublin.ie first saw Elayne perform at a women’s storytelling night in Temple Bar’s Project Arts Centre. With her trademark hairdo of curlers in her fringe, the bold red lips and her warrior stance, she was defiant and gutsy. She set her words to the beat of h