The school system in Ireland

The Programme for International Student Assessment (PISA) surveys the world’s education systems every three years. It tests over 500,000 students across 72 countries to measure their abilities in science, maths and reading. Ireland consistently excels in these tests.

You can compare Ireland’s performance with other OECD countries over on the PISA website.

There are three levels of education in Ireland:

Education in Ireland is compulsory for all children aged over 6. They must then continue their studies until the age of 16 – or until they’ve completed three years of secondary school.

State-funded education is available to everyone. But you can also opt to send your child to a private fee-paying institution.

It’s compulsory for all primary and secondary students to learn the Irish language, but exemptions are available to those born outside of Ireland.

It’s also worth noting that ‘Gaelscoils’ teach their students exclusively through Irish. However, the majority of schools in Dublin use English as their primary language.

Pre-school education in Dublin is only available through private facilities. Although the Government’s Early Childhood Care and Education Scheme is available at some preschools. This provides two years of free education to children around the age of three.

You can find out more in our article on childcare support in Ireland.

Hundreds of schools are located throughout Dublin. If you decide to avail of a public school, there’s sure to be one on your doorstep.

Thanks to the diversity of Dublin’s population, the city is also home to international schools that offer the Baccalaureate, as well as French, German and Spanish curriculums. As Ireland’s capital city, Dublin has a large number of private schools to choose from too.

For students moving on to third-level education, Dublin also has the largest concentration of universities in the country. 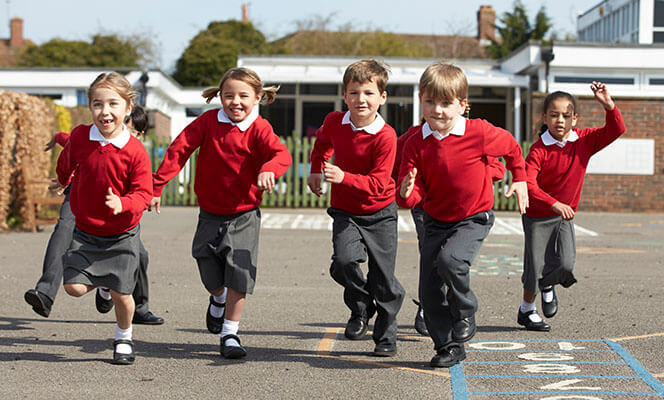 Under the school system in Ireland, you have to send your child to school by the age of six. If you prefer, they can start after their fourth birthday.

Each individual school is responsible for its own ethical or religious teachings. It’s worth mentioning that the majority of schools in Ireland have a Catholic ethos. However, these schools are inclusive of other faiths and backgrounds as well.

To figure out what’s available in your area, SchoolDays.ie has a handy list of all the country’s primary schools.

The secondary school curriculum is broken into two sections: the junior cycle and the senior cycle.

The junior cycle offers a wide range of subjects, from coding through to music. English, maths, history and Irish are all compulsory. Though exemptions from Irish are available. Students can then select their other subjects, but, depending on the school, their choice may be limited.

For senior cycle, maths, English and Irish remain compulsory. Even more subjects are available and many students can take an exam in their native language too.

To find out what secondary schools are available in each Dublin neighbourhood, check out this list from schooldays.ie.

Types of secondary schools in Ireland

Religious communities, boards of governors or individuals operate these privately owned schools. Some are fee-paying and are not eligible for state funding. Others offer free or subsidised tuition and receive government funds. Either way, the Irish state covers salary costs for all of them.

Traditionally, voluntary schools offer a purely academic education, but they have begun to provide practical and vocational subjects too. These are the most common and popular schools throughout Ireland.

These schools are run by Ireland’s Education and Training Boards. They deliver the national curriculum with a focus on practical skills and vocational training.

A third of Ireland’s secondary facilities fall into this category. There are 42 of these schools in Dublin alone.

Offering both academic and vocational courses, these schools are entirely financed by the Department of Education and run by local boards of management. They are represented by the Association of Community and Comprehensive Schools.

In Dublin, just 20 schools fall into this category, but this number is on the rise.

There are more than 30 private, fee-paying schools in Dublin. Most of them have primary and secondary schools, but the likes of Sandford Park in Ranelagh only accommodates secondary education.

Although there are exceptions, most private schools in Dublin are owned by religious orders. They’re usually based in South Dublin too.

Another distinguishing characteristic of private schools in Dublin is their devotion to rugby. Each year, several boys schools compete for the Leinster Schools Cup. The final in March is always hotly contested. 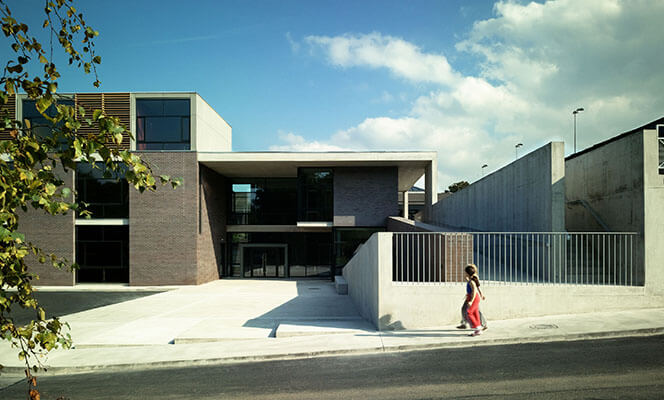 Usually, a higher proportion of fee-paying pupils go on to third-level education in Ireland. They tend to secure more in-demand university places too. You can find out more in our guide to Dublin’s private schools.

There are several international schools in Dublin. They provide teaching programmes from France, Spain and Germany, as well as the International Baccalaureate.

All of these schools require tuition fees too:

Dublin is home to a cluster of universities and colleges. Many of them are among the best in Europe.

Under the school system in Ireland, students receive third-level places based on the results of their final secondary school exams. However, there’s another process in place for students who completed school in another country.

You can learn more about Dublin’s third-level institutions here, or check out the all the reasons Dublin is a great place to study.

Dublin is a great place to raise a family – this is just one of the benefits of living in the city. As well as an excellent school system, your children will be able to enjoy beautiful parks, open spaces and nearby beaches and mountains. All while growing up in a safe and cultured society. Plenty of family supports are available too. If you’re moving to the city, here’s what you need to know about

Is Dublin expensive? While there are plenty of reasons to live in Dublin, it’s not a cheap city. A recent survey by The Economist shows that the cost of living in Dublin is among the highest in Europe. While Dublin is less expensive than Paris, Geneva, Copenhagen, Oslo, Vienna, Helsinki and Frankfurt, it’s more expensive than the likes of Amsterdam, Berlin, Barcelona and Milan. Our nearest neighbours in London pay slightly more for everyday essen