Dublin’s festivals are many and varied, spanning every season and a broad range of interests. Some of the biggest are ones you might guess; but there’s a whole host of more unusual – and no less enjoyable! – festivals on offer, just waiting to be joined.

Many have been effected by COVID-19 restrictions though, so please see updates below.

The Main Events Across The Year

Okay so this one starts in December – but one night just isn’t enough time to wave goodbye to one year and welcome in another; that’s why, in Dublin, we take three days – and really do it properly!

Since 2003, the DIFF has taken pride of place as Ireland’s main film festival, injecting the city with two weeks of thought-provoking, ground-breaking and often award-winning cinema.

Five days of festivities is no less than Ireland’s patron saint, St Patrick, deserves – so that’s what he gets in Dublin! Apart from the parade every March 17th is a wide array of musical, artistic and historical events, as well as the general spirit of celebration that takes over the city at this time each year. 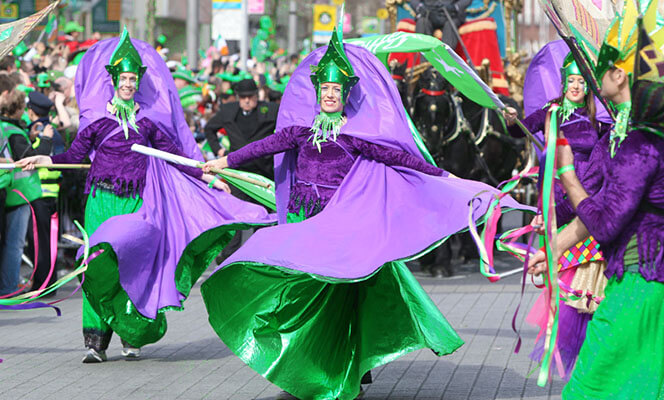 One of the more unusual festivals, but one that’s growing in popularity, is One Dublin, One Book. Its aim is to encourage everyone to read one book with a connection to Dublin, during the month of April. 2021’s choice is Rónán Hession’s Leonard and Hungry Paul; while past picks have included The Long Gaze Back, Strumpet City and Gulliver’s Travels.

There’s a reason Ireland is known as the land of saints and scholars. We’re big readers here and the International Literature Festival is a great excuse for locals and visitors alike to delve into books of Irish and international acclaim. Events throughout the festival cover everything from spoken word to children’s literature, workshops and seminars.

Dublin’s yearly LGBTQ+ festival takes place each June and is guaranteed to be full of energy, colour and people. A festival of togetherness, it shows Dublin in its best light – and the fact that it takes place in early summer helps! 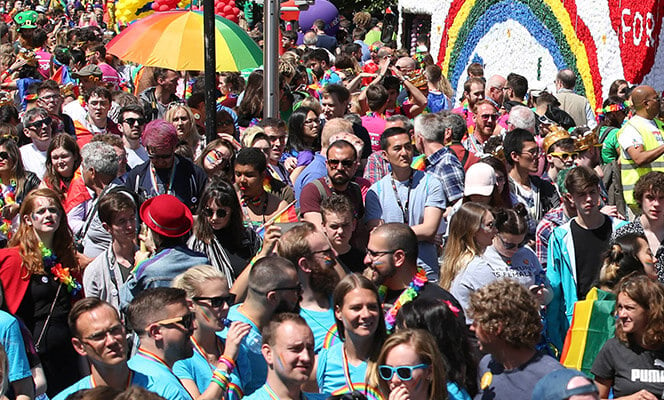 Featuring world-class street performers, food stalls and entertainment for all ages, this one all happens in Dublin’s magnificent Georgian Merrion Square. Taking place over five days, it’s big and entry is free. 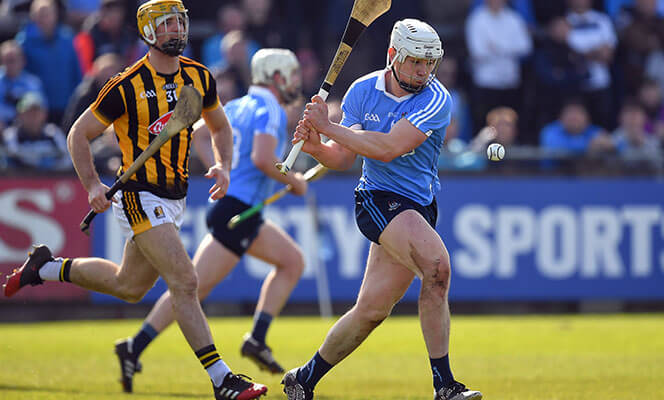 Every September, Dublin Fringe explodes with two weeks of new performances, ideas and performing arts shows. If you’re attending, try to see at least one show event you know nothing about – you never know what you might discover.

Creator of Dracula, the most famous vampire of all time, Bram Stoker was born in Dublin and is remembered here each year with a ghoulishly gothic range of events. Do you dare to book a ticket? 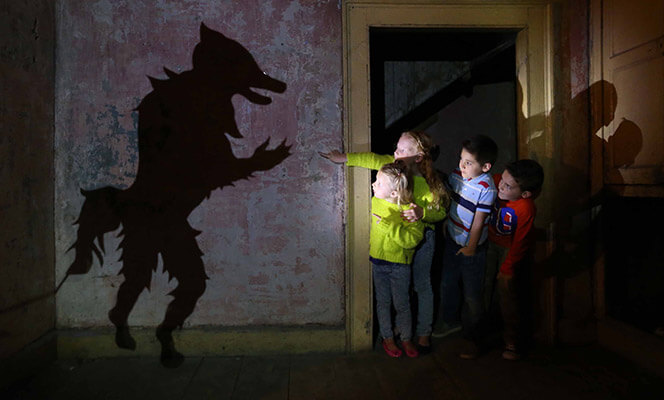 Now in its thirteenth year, the Dublin Book Festival is a celebration of all things literary: the perfect festival for a UNESCO City of Literature. Visit in November for the chance to attend the exhibitions, talks and tours.

Ireland’s national sports – hurling and Gaelic football – normally reach fever-pitch in late August, when the finals of the All-Ireland Senior Championships take place. 2020 was a year unlike any other, with the All-Ireland final taking place a week before Christmas. Due to an extended lockdown, 2021 Championship dates are yet to be announced.

Showcasing the cream of both Irish and international traditional and folk artists, blow the January blues away with Tradfest. Concerts, workshops and sessions will get you toe-tapping across a great five-day festival. 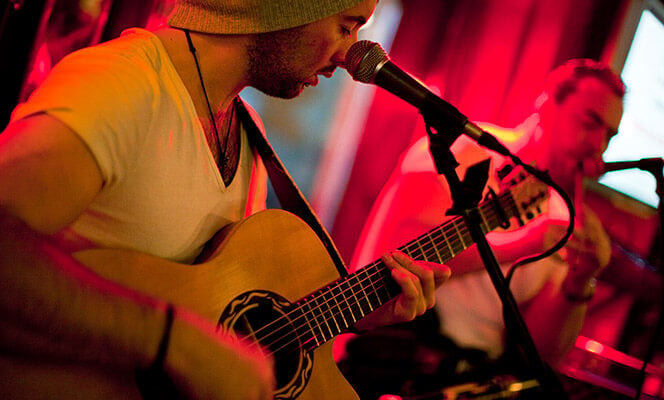 The first big festival of the summer, this takes place every June Bank Holiday in the gorgeous grounds of Kilmainham’s magnificent 17th century Royal Hospital. Laurent Garnier and Elbow are recent headliners here.

Great classical musicians – and the occasional choir – sound even more fantastic in some amazing venues spread around the city and countryside: this always-atmospheric festival offers the classical fan all the musical and architectural nourishment she could wish for in the month of June. No need to wear wellington boots, either.

A series of gigs hosted by Trinity College, slap-bang in the city centre. Where else can stand in the warm summer rain on the cricket pitch of an Elizabethan college whilst singing along with… oh, Bryan Ferry or New Order – as the buses go by on the other side of the wall? Unmissable.

Happening in October, and online for 2020, this festival is a great showcase-cum-launchpad for emerging talent – see them here first and years from now you’ll be able to say knowingly, ‘oh, I prefer their early stuff’.

Something a bit different

Normally taking place in August of each year, Taste of Dublin takes over the Iveagh Gardens on the city’s south side, filling it with food, flavour and fun. Organisers are waiting to confirm dates later in the year.

Any fan of one of Ireland’s greatest writers, James Joyce, will know that his seminal work, Ulysses, takes place on June 16th, 1904. Ever since, people have gathered each year on that day in Dublin to celebrate Leopold Bloom, the book’s main character; and Joyce himself. 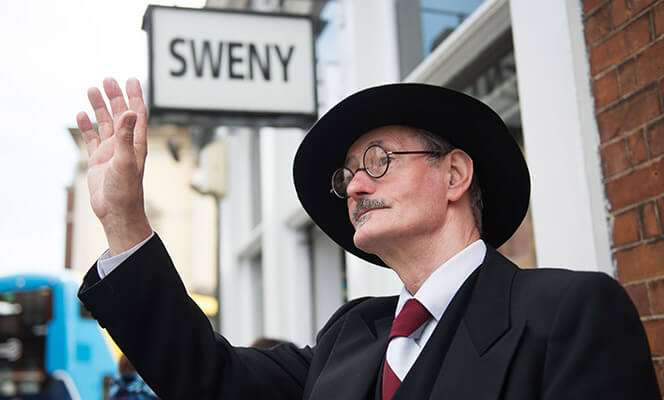 If you’re a fan of current affairs and edu-tainment, this is the festival for you. Events take place in a variety of venues across the city, making it a great way to see places you may not otherwise take the time to visit.

Festival of Curiosity (Online for 2020)

Billed as Dublin’s International Festival of Science, Arts, Design & Technology, this truly is one of the most diversely entertaining festivals you’ll find anywhere in the city. Having to adapt for 2020, many of the events will be held online.

View our What’s On page for a full list of festivals in Dublin.

Everything you need to know about Dublin's markets. If you want an authentic taste of the originality, creativity and variety on offer in Dublin, you've got to make a trip to one of its markets. They take place across the city and throughout the year, so there's bound to be at least one on when you visit.

Perfectly positioned with the sea to the east and mountains to the south, Dublin’s spectacular natural sights are never far away. Sea Driving from the city centre, you can make your way to Sandymount Strand in the south in 15 minutes, or Bull Island to the north in less than half an hour. The Fo

The Big Hitters Dublin’s rich mix of history, culture and nature ensures that visitors will never run out of interesting places to visit. Best of all, many of these – including world-class galleries parks and museums – do not charge an entry fee. Enjoy! The Book of Kells at Trinity College Booking required. One of the world’s most famous books, the Book of Kells is a 9th-century copy of the Gospels. Spectacularly ornate, completely unique and impeccably preserved, it is housed in Dublin’s historic Trinity College Library – a treat in i