Getting a driving licence

Getting on the road in Ireland is relatively straightforward. You will, of course, need a licence. The NDLS is responsible for issuing driving licences in the Republic of Ireland.

If you’ve got a vehicle, you’ll need to make sure that it’s taxed and insured too.

Do I need to get an Irish driver’s licence?

Drivers with an EU or EEA member state licence need never change to an Irish licence. If they wish to exchange their licence for an Irish one, they need to do it within 10 years of their driver’s licence expiring.

For other licence holders

Visitors to Ireland from outside the EU or EEA can drive on a licence from their own country for up to a year, as long as it’s valid.

Once you are ‘normally resident’ in Ireland – in other words, living here at least half the year – you’ll have to exchange your driver’s licence for an Irish one. Or, in some cases, you may need to complete a test and apply for an Irish driving licence.

Getting a driving licence in Ireland

People with licences from these ‘recognised states’ can exchange their licences for up to one year after it expires. 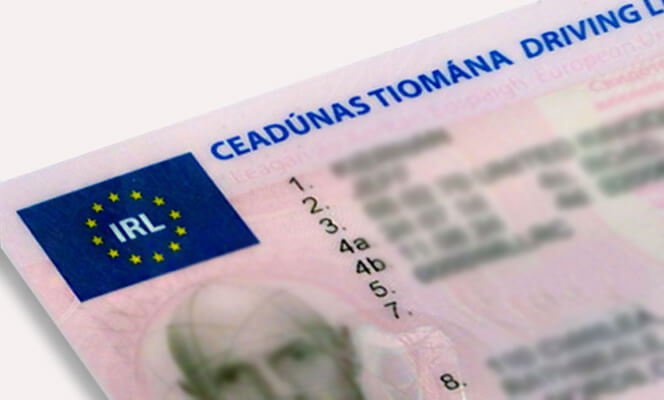 NDLS recently made it easier to exchange your driving licence. The process can now be completed online without the need to fill out paper applications or visit a NDLS centre. To apply, you’ll need:

If you’d prefer to exchange your licence in-person at your local NDLS centre, you can make an appointment too. Just bring the above documents, along with an application form.

Applying for a driving licence

Visitors from countries outside the EU, the EEA and the above listed countries can drive on Irish roads using their own country’s licence for up to 12 months. But, after this, they’ll need to apply for an Irish licence and complete all the same steps as a brand new driver.

Unfortunately, the process of obtaining a new driving licence in the Republic of Ireland is much trickier than exchanging one. It will take some time too.

First, you must first pass a written driver theory test before applying for a learner permit. Then, you’ll need to take a course in Essential Driver Training, which requires at least 12 hours of training. Once you’ve completed these lessons and have had your learner permit for at least six months, you can sit your driving test. If you pass, you can then apply for a full Irish driving licence.

In the Republic of Ireland, it is illegal to drive a vehicle that has not been taxed and insured. Here’s what you need to know.

The motor tax rate you pay depends on the age of your car. Vehicles built before July 2008 are assessed on the size of their engines. Those built after that date are assessed on their CO2 emissions – the more your car emits, the more it will cost you.

Annual motor tax rates can range from €120 right up to €2,350. So, when buying a car, it’s worth checking what tax band each vehicle falls into. Over time, purchasing a newer, well-serviced car will pay off. Most car selling sites include it alongside the car’s specifications. Once you’ve got a new set of wheels, you can tax your vehicle online.

You also need to insure your car before you can legally drive it on Irish roads. Your insurance has to cover third-party expenses at the very least. But comprehensive cover is probably the best option as it covers your own costs, as well as those of anyone else involved in a road incident.

One of the big perks of living in Dublin is its comprehensive public transport system. So, if you’re unsure about investing in a car, you should read up on Dublin’s public transport.

Is Ireland safe? Ireland is generally a safe place to visit and live. The 2020 Global Peace Index ranks it as the 12th safest country in the world. While we trail behind countries like Denmark, Canada and Japan, we’re streets ahead of our nearest European neighbours. Belgium, the Netherlands, the UK and France rank 17th, 21st, 42nd and 66th, respectively. Ireland’s scores in terms of homicides, weapon imports and imprisoned population are particularly low. According to a