As the name suggests, Gaelic games are Ireland’s national sports. They are unique to Ireland and officially include Gaelic Football, Ladies Gaelic Football, Hurling, Camogie, Handball and Rounders.

The two primary men’s Gaelic games are football and hurling, which fall under the auspices of the Gaelic Athletic Association. Women also play Gaelic football under the Ladies’ Gaelic Football Association and camogie, which is almost identical to hurling, under The Camogie Association.

An introduction to the games

Gaelic Football, hurling and camogie are all played by two teams of fifteen players. Games take place on a field between 130-145 metres long.

Their objective is to put the ball through the goalposts, which are rugby-sized and feature a soccer net below the crossbar. A goal over the crossbar is awarded one point, while a goal in the net earns three.

Football players can carry the round, leather ball in their hands – but only for four consecutive steps. After this, they need to bounce or kick the ball back into their hand. Alternatively, a player can kick or hand-pass the ball to another member of their team.

Hurling and camogie players carry a hurley, which is traditionally made from ash wood and resembles a small hockey stick. They use this to hit a small, leather ball called a sliothar. The sport is thought to pre-date Christianity, but standard rules were brought into place by the GAA.

Hurling is reputedly the world’s fastest field sport with the sliothar regularly hitting speeds of over 150 kilometres per hour.

The GAA was established back in 1884 and is the largest sporting organisation in Ireland. Its headquarters is based in Croke Park on Dublin’s northside, which is also the largest stadium in the country.

Fans can go here to see Dublin play against other county teams across the different games. Because of its capacity, many major events in the sporting calendar take place here. The All-Ireland Senior Football Championship, which usually takes place in September, is one of the most-watched events of the year. The Dublin men’s team are currently reigning champions. 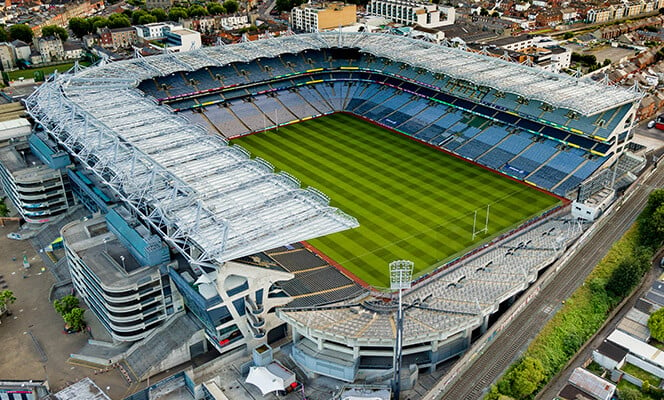 As well as live sports, locals can also enjoy conferences and gigs at the stadium throughout the year. Some of the biggest names in music have played at Croke Park, including Taylor Swift, The Rolling Stones, U2, Bruce Springsteen and Beyoncé. Each year, the venue also hosts the likes of The All-Ireland Business Summit and the All-Ireland Smart Cities Forum.

Croke Park is also home to one of Dublin’s many museums. The GAA Museum tells the story of the Gaelic Games and is a great way to learn more about the sports for yourself. Croke Park also offers stadium tours and ‘skyline’ tours, which provide a view of Dublin stretching from the mountains to the sea.

The GAA is a grassroots organisation with over 2,500 clubs around the world – including 134 in Dublin. So if you live in Dublin and want to join a local team, you should be able to find one nearby.

Players are chosen from these clubs to represent their county in competition. But if you manage to make the county team, it’s not necessarily a path to fame and fortune. Despite the popularity of Gaelic sports, none of the players are paid – not even the top ones. Many of them hold down full-time day jobs while also representing their counties.

For children, Gaelic games are usually played in primary and secondary schools. They will have links with local junior clubs too. Adults interested in playing Gaelic games in Dublin can use these resources to get involved:

Alternatively, you can check out all the other games impacting Dublin’s sporting landscape here.