Perfectly positioned with the sea to the east and mountains to the south, Dublin’s spectacular natural sights are never far away.

Driving from the city centre, you can make your way to Sandymount Strand in the south in 15 minutes, or Bull Island to the north in less than half an hour. 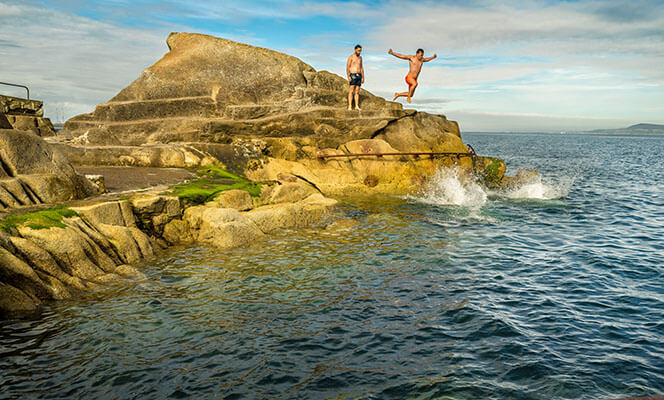 By train, it gets even easier: the DART takes a coastal route on Dublin’s south side, filling your journey with seascape views. From Shankill near the southern border with County Wicklow, the train takes you through the beautiful, affluent village of Dalkey, past Dún Laoghaire and its picturesque pier and lighthouses. Once it reaches the city, the train travels right up to Malahide and its beach-filled surrounds; nearby Portmarnock and Donabate are two of the best-loved beaches in north county Dublin. 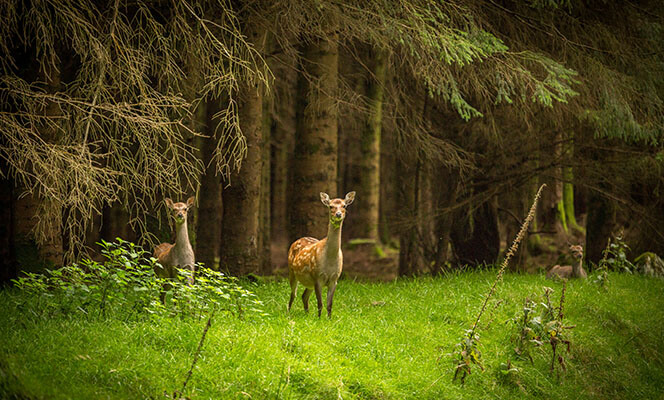 Dublin city is no concrete jungle: it’s dotted with open spaces where you can stretch your legs, get some fresh air and soak up nature. First among them is Phoenix Park, one of the largest urban parks in Europe and unique in Dublin. It’s home to a beautiful array of local flora and fauna, as well as historic built heritage: nestled within the park is Áras an Uachtaráin, the home of the president of Ireland; as well as Farmleigh, past home of the Guinness family; medieval

The Big Hitters Dublin’s rich mix of history, culture and nature ensures that visitors will never run out of interesting places to visit. Best of all, many of these – including world-class galleries parks and museums – do not charge an entry fee. Enjoy! The Book of Kells at Trinity College Booking required. One of the world’s most famous books, the Book of Kells is a 9th-century copy of the Gospels. Spectacularly ornate, completely unique and impeccably preserved, it is housed in Dublin’s historic Trinity College Library – a treat in i