Dublin’s history stretches back over a millennium. Back in the fourth century, the first known settlement here was built in the Cornmarket area of the city centre. It was called Áth Cliath – which means ‘Hurdled Fort’ and continues to inspire the modern Irish translation today. Since then, the city has seen many different settlers and undergone many changes.

A timeline of Dublin’s history

Around the sixth century, a monastery named Duiblinn – which is Irish for ‘blackpool’ – was founded. This is where the Vikings eventually arrived in the year 841.

After the Anglo-Norman invasion in 1170, Dublin became the capital of the English Lordship of Ireland. As a result, it was extensively populated by settlers from England and Wales.

The early 16th century was a particularly turbulent time in Dublin’s history. After King Henry VIII’s split with the church, monasteries closed and religious institutions with papal ties were destroyed. This also brought about a revolution in landholding in the city.

A large chunk of the city’s land belonged to the Priory of All Saints, which dated back to the 12th century. But this was handed over to the crown when the king introduced new laws. This land then became Trinity College – which was Ireland’s first university and still remains in place to this day.

By the end of the 17th century, Dublin was ruled by the new Protestant English minority and became the capital of the Kingdom of Ireland. In order to exert more control over the Catholic majority living here, oppressive Penal Laws were vigorously implemented during the Georgian Period.

By 1700, Dublin was the second largest city in the British Empire as the population reached 60,000. 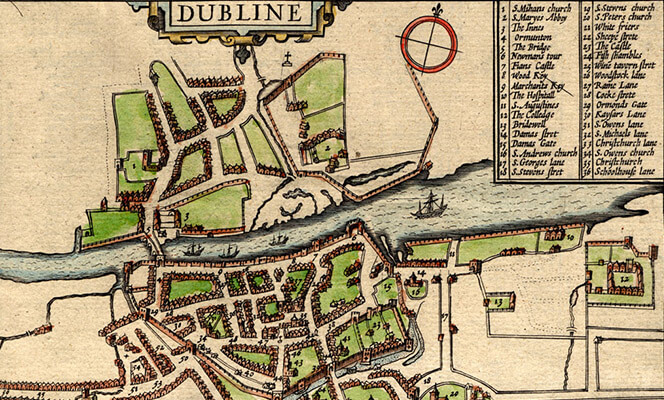 The 1800 Act of Union, which created the United Kingdom of Great Britain and Ireland, meant that Dublin’s parliament was no longer active and business was now done in London instead. As a result, much of Ireland’s governing class, aristocracy and gentry left Dublin.  As a result, the city slowly became more distinctly middle class and mercantile.

The old parliament building was sold to the Bank of Ireland, which remains on College Green to this day. Smaller houses were also constructed to accommodate the likes of merchants, doctors, lawyers and bankers. They generally lived in the Victorian suburbs, while the city centre was a place for business and home to the poor.

The politics of 19th-century Ireland were characterised by constitutional, social and revolutionary struggle. Many wanted to repeal the Act of Union and restore a parliament in Dublin. But the desire for self-determination only grew. Eventually, the Home Rule movement led to the struggle for total independence – some of which played out on the streets of Dublin.

The 1916 Rising, the 1919 War of Independence, the 1922 Anglo-Irish Treaty and the following Civil War all left their mark on the city. However, destroyed areas were rebuilt and Dublin became a capital once again. Today, the Irish government still sits in Dublin. Although it is now based in Leinster House on Kildare Street. 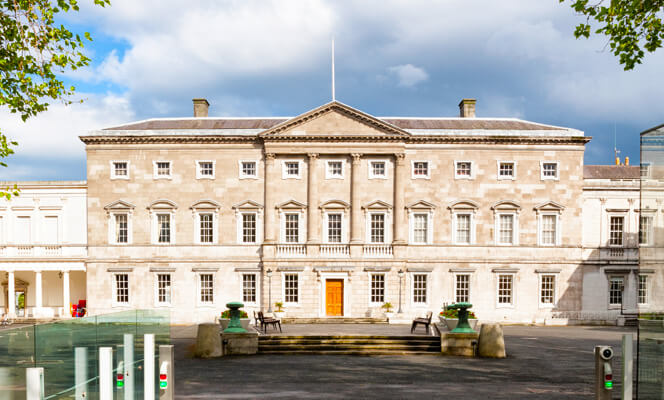 How does Dublin’s history impact the city today?

Today, Dublin is a vibrant European capital city. Yet, its history and heritage is still very much valued and visible.

Its medieval streetscape is faithfully preserved around the cobbled streets of Temple Bar. Stretches of the old city walls can still be found in Wood Quay and at St Audoen’s Arch too. Just outside the city centre, you’ll even find evidence of Dublin’s monastic history at the round towers in Swords and Clondalkin.

Strolling through Dublin, you’ll also see beautiful Georgian townhouses, Edwardian facades and Victorian parks. In some of these city centre buildings, you can also spot bullet holes which date back to the 1916 Rising.

As well as its built heritage, the history of Dublin also remains in its museums. You can discover more about the city’s vikings at the National Museum of Ireland on Kildare Street or get to grips with Dublin’s contemporary history at its Collins Barracks site.

Visitors, newcomers and native Dubliners alike are all lucky to have the city’s living, surviving history surrounding them. It’s truly one of the best reasons to live in Dublin.

One of the big benefits of living in Dublin is that there’s always something to do. Even a stroll through the streets can be entertaining. Thanks to the city’s compact size, rich history and beautiful built heritage, there is something to see around every corner. Here we run through some of the best walking tours Dublin has to offer. Pat Liddy’s Walking Tours of Dublin As an award-winning tour operator, you know you’re in safe hands with