One of the big benefits of living in Dublin is that there’s always something to do. Even a stroll through the streets can be entertaining. Thanks to the city’s compact size, rich history and beautiful built heritage, there is something to see around every corner.

Here we run through some of the best walking tours Dublin has to offer.

As an award-winning tour operator, you know you’re in safe hands with Pat Liddy. However, he isn’t just a safe bet. His love of Dublin is so infectious and his knowledge so in-depth that you’ll feel like a local afterwards. The rest of the team is just as Dublin-mad as Pat himself, so get your questions ready!

He has a selection of themed walks to choose from, covering everything from Dublin’s hidden corners to St. Patrick.

As a powerful step towards independence, the 1916 Rising was one of the most significant events in modern Irish history. And the fighting largely took place on the streets of Dublin. Here, the memories – and some of the bullet holes – remain to this day.

On this walking tour, you’ll follow in the footsteps of the rebels. Author and historian Lorcan Collins will take you to the most notable sites where you’ll be able to envisage the scenes that took place over a century ago. 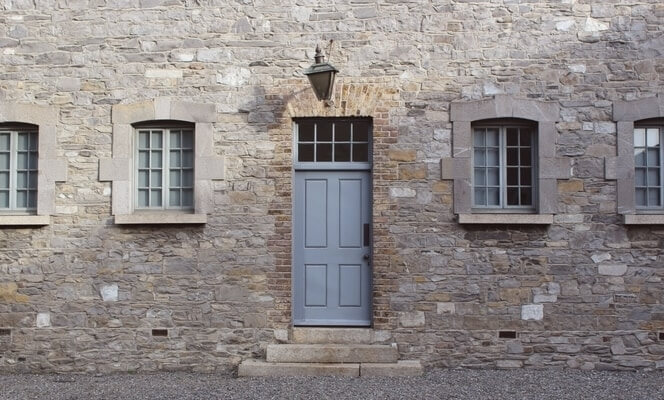 This walking tour starts in Richmond Barracks, where the signatories of Ireland’s Proclamation were held before being marched to their executions at Kilmainham Gaol. You’ll follow their journey through the streets of Dublin, hearing local stories and little-known facts along the way.

This tour takes a rarely explored route through the city – one which is steeped in rich political and cultural history.

Offering free themed tours; the only Fables & Folklore free tour in Dublin, covering the mythology, traditions, beliefs and characters – real and fictional – that have shaped the Dublin and Ireland of today, and our newest free tour is the Musical Dublin Free Tour, led by a bona fide local musician and balladeer who plays and sings while guiding you through our rich musical heritage, how it helped create a national identity, reflected the happenings of society here through the ages, and spurred a cultural reawakening here in the 60s & 70s, as well as the present day folk revival we’re experiencing in the city today. You even learn a few songs to song along too if you like.

Leaving twice a day from the Spire on O’Connell Street, Dublin Free Walking Tours offers an affordable introduction to some of the city’s main attractions. After meeting at the very heart of the city centre, you can either explore the north of the city or the south of the city.

The south side tour covers Trinity College, Temple Bar, Dublin Castle, Christchurch Cathedral and St. Patrick’s Cathedral. If you go north, you’ll take in the Garden of Remembrance, Moore Street Market, the Spire, the Custom House and the GPO.

These walking tours are a great way for newcomers to figure out the layout of the city centre. 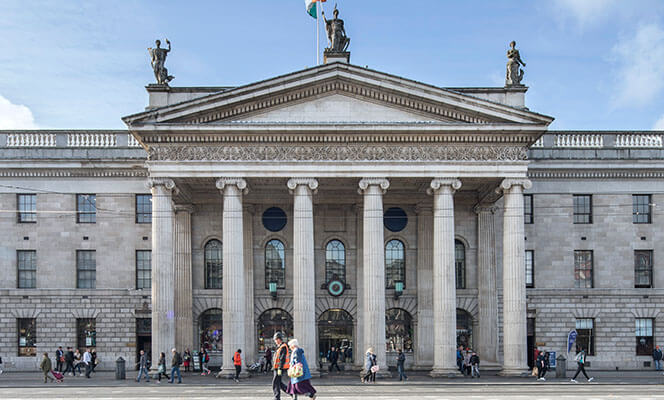 If you want a crash course on Irish history, this is the tour for you. Over two hours, you’ll learn about everything from the Great Famine through to the Northern Ireland conflict.

All guides are history graduates from Trinity College and NUI, so you know you’re in good hands. They’ll provide tons of information, along with a little humour and plenty of entertainment.

Traditionally, writers are known for being fond of a tipple. So it makes sense to learn about Dublin’s pub culture and its literary history at the same time.

On this two hour walking tour, you’ll take in some of the city’s best-known watering holes and learn about the writers who frequented them. Expect energetic actors to recite the words of beloved poets while standing in the streets that inspired them. There’s no better way to get to know Dublin. 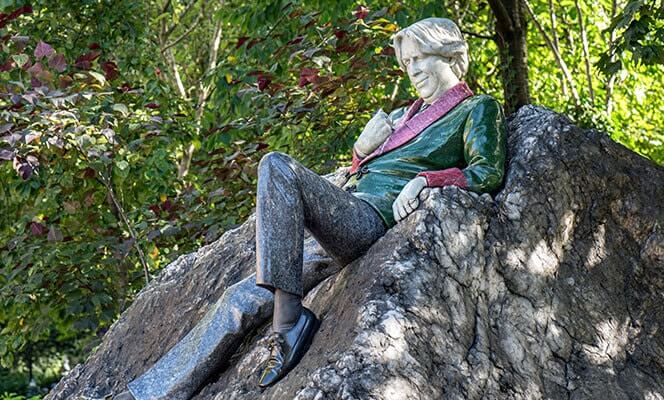 Eat your way around the city on this three hour walking tour, which stops at six or seven special eateries. Each one is carefully chosen for its delectable culinary treats.

Hailed by travel writer Pól Ó Conghaile as: “the gold standard for urban food tours in Ireland”, this is one of the best ways to sample the best dishes in Dublin.

Discover some of Temple Bar’s quieter side streets as you check out the murals of Dublin’s most beloved legends. Billed as “the greatest story ever strolled”, The Icon Walk tells the stories of William Butler Yeats, Oscar Wilde, Luke Kelly, Phil Lynott and more.

Afterwards, you can pop into the Icon Factory where you’ll find more works by the artists behind the painted murals. 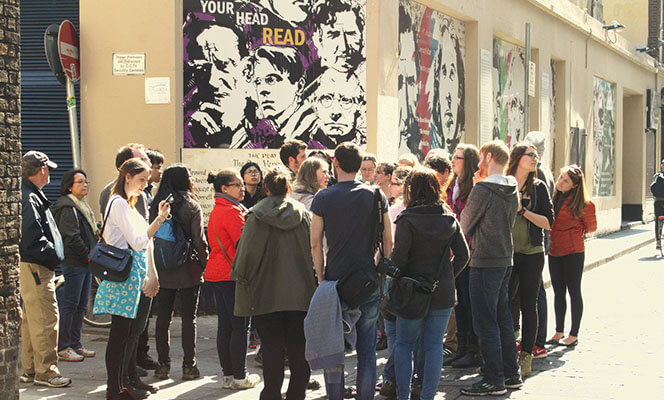 Two professional musicians will be your guides as you stop by some of the city’s best-loved pubs. You’ll get to experience some live Irish music at Oliver St. John Gogarty’s, The Ha’Penny Bridge and Brannigan’s. Between venues, your guides will also serenade you with traditional songs as they share the history of Irish music with you.

For fans of James Joyce’s masterpiece, the Dublin Ulysses Tour retraces Leopold Bloom’s path through the city. Starting at The Palace Bar and continuing on to Sweny’s Pharmacy, you’ll get to explore the historic parts of Dublin that Joyce knew so well.

During this three hour walking tour, the writer’s relationship with the city is explored and explained – well, as much as Joyce can be!

If you’re looking for something a little bit different, this free walking tour guides you through Dublin’s once famous red-light district – the Monto.

During a two hour stroll through Dublin’s north inner city, you’ll hear tales of murder and mystery from the brothels and tenements that once lined the streets. Since the 1970s, local historian Terry Fagan has been recording the area’s past so you won’t find a more knowledgeable tour guide.

Dublin and U2 Walking Tour

Combining U2’s and local Dublin history, our Dubliner Tour Guide, in this unique Walking Tour will take you through the places that shaped U2 and their music.

This U2 Dublin Walking tour is for you if you love Music and the history of Dublin, the hometown of all the members, and where everything started.

If you’re doing some sightseeing in Dublin, you’ll find more great attractions in our guides to the city’s museums, galleries and markets.

The Big Hitters One of the biggest benefits of living in Dublin is the huge choice of world-class galleries, museums and cultural attractions located right on your doorstep. Dublin’s rich history and culture means you’ll never run out of interesting places to visit. Best of all, many of them are free. Below, we run through some of the best attractions in Dublin.

While the city has always been internationally known for its liquid exports, Dublin’s food scene has also come along in leaps and bounds in recent years. The delicious and reasonably priced food on offer is just one of the many perks of life in the city. For newcomers, here’s an introductory guide to food and drink in Dublin. The Dublin food scene With four Michelin-star restaurants, Dublin has its fair share of fine dining experiences. However, you don’t need to go to top-class eateries to g

As anyone who has ever been to Dublin will tell you, we’ve got a vibrant nightlife. As the sun sets on the Liffey and darkness sets in, pubs, late bars and nightclubs fill with people looking for a great night out. Bars and pubs There are around 772 pubs in Dublin, so you won’t have a hard time finding somewhere to have a jar. (That’s Dublin slang for a pint!) The city is divided into north and south by the River Liffey. Temple Bar, which is famously associ