‘Ah, if these walls could speak…’ The clichéd, but always heart-felt, phrase we’ll forever use to reference intriguing historical sites. The underlying assumption is that we will never learn these forgotten tales.

In the case of Richmond Barracks in Inchicore, however, the people who lived, worked and were schooled here over the last two centuries have been given a voice.

The restoration of Dublin’s Richmond Barracks

From military accommodation to a prison, then social housing and a school, Richmond Barracks has had several incarnations. And all of them played out to the backdrop of some of the nation’s most turbulent times.

Of the original barracks, three buildings remain standing and these were restored as part of Dublin’s 1916 commemorations.

The official opening of the newly restored Richmond Barracks took place in 2016. This saw the buildings restored to their former glory, as well as the instatement of a reproduction cupola. (This is the unique dome-like structure which sits on the roof of the barracks’ original gymnasium building.) As a result, the barracks now sits among Dublin’s best attractions. 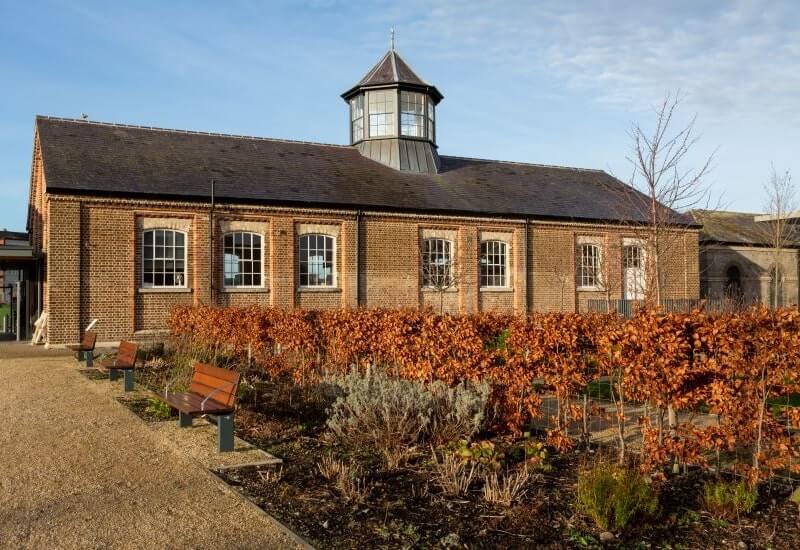 A brief history of the barracks

Richmond Barracks were built in 1810 in response to the threat of a French invasion during the Napoleonic Wars. At the time, it was one of the British Army’s largest barracks in Dublin and almost all British regiments spent time here before departing for World War I, the Crimean and Boer wars.

A housing project called Keogh’s Square also existed here; it then became a slum. And from 1929 until 2007, the site played home to St. Michael’s CBS School.

Although it’s that 1916 link that is foremost in the mind of most visitors.

With the exception of James Connolly, all the signatories of the Proclamation of the Irish Republic were held here after the 1916 Rising. They were then court-martialled in the gymnasium before being taken to Kilmainham Gaol to be executed. (Today, there’s a walking tour that follows their route through the city.)

Throughout the fight for independence, Richmond Barracks housed over 3,000 suspected rebels before they faced sentencing.

What visitors can expect

“Visitors will be invited to step back in time to experience the varied and interesting history of Richmond Barracks,” says Martin McDonagh, the restoration’s project manager.

Classrooms and tenement housing are being reconstructed, while the gymnasium focuses primarily on the 1916 Rising and offers an audiovisual experience which provides a rich insight into the turmoil in the city at the time.

The interpretation will tell a personal story.

Female contributions to the Rising are certainly not overlooked in its exhibition. Tales of the 77 women who were arrested and held at Richmond Barracks are detailed via a series of panels. There is also a commemoration quilt on permanent display which shines a light on their efforts.

The vision, says Martin McDonagh, is to “present the untold stories, which are missing from Dublin’s present cultural landscape – such as the role of women, both historic and contemporary, as well as the history of working class Dublin.”

To that end, Richmond Barracks promises all of that and more. 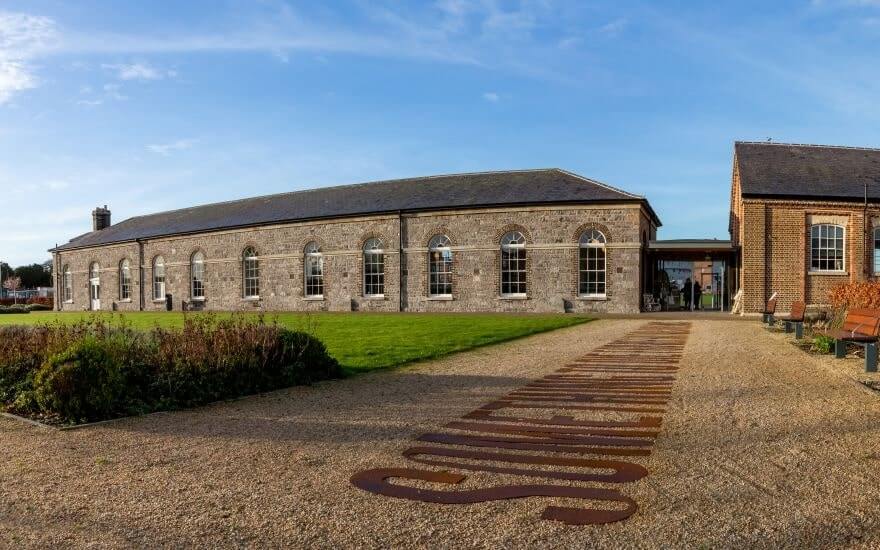 As well as an exhibition space, the barracks features a library, garden and café. It also has a Culture Connects programme of activities targeted at the local community. This includes tours, as well as year round art, craft and history workshops. Occasionally, there are some community fairs too.

Visitors can also tour the Goldenbridge Cemetery, which is right next to Richmond Barracks. Founded by Daniel O’Connell almost 200 years ago, this was Ireland’s first non-denominational burial ground. Its history features stories of Cuban guard dogs and body snatchers.

Richmond Barracks is located in Inchicore, which is just west of the city centre. Limited parking is available on the street just outside, but it is also accessible via the Luas Red Line – it’s just a short walk from the Drimnagh stop.

Post-pandemic, visitor numbers to the barracks are rebounding with over 3,000 people expected this year.

To find out more, head to the Richmond Barracks website.

Jim, a Fine Gael figure formerly of the Dept. of Justice, is discussing politics with the barman. The thrust and parry of their conversation is momentarily interrupted by the arrival of a group of tourists from the Ghost Bus which tours haunted Dublin.

With its rounded name and huge dome centre – befitting of a maternity hospital – The Rotunda sits in the centre of Dublin’s north inner city, closing off the top of O’Connell Street. An end, containing so many beginnings. Surrounded by shops, theatres and the Garden of Remembrance, The Rotunda Hospital has long been at the heart of Dublin’s history. Throughout famines, protests, pandemics and revolution, it has quietly continued on with the ordinary business of life. The Rotunda Hospital’s history and origins Founded in 1745 by Bartholomew Mosse, The Rotunda is the oldest continuously-running maternity hospital in the world. 9,000 babi