While Gaelic games are the most watched sports in Ireland, more people play soccer than any other sport.

Soccer, which is commonly referred to as football in Dublin, is governed by the FAI. It oversees Ireland’s domestic leagues, as well as its national teams.

The different levels of soccer in Dublin

Football is especially popular in Dublin’s urban areas. The Leinster Senior Football League, which operates the city’s amateur leagues, has 20 different divisions to suit players of every calibre.

The Dublin and District Schoolboys League, which has been around since 1943, is also affiliated with more than 200 clubs. It operates divisions to cater for boys and girls under 7, up to under 18s.

The top tiers of football in Ireland are known as the SSE Airtricity League. It features the Premier Division and the First Division for men, as well as the Women’s National League. 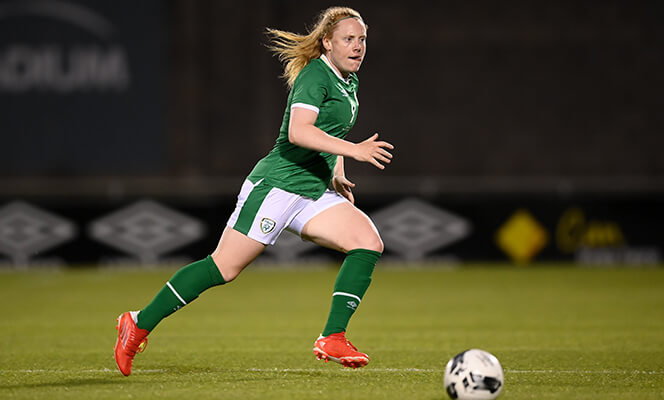 At an international level, the Republic of Ireland field twenty teams with the Irish senior men’s and women’s being the most well known. Back in 1990, Ireland reached the quarterfinals of the men’s World Cup – an event which is still remembered fondly by football fans throughout the country today.

Bohs are the oldest club in the League, having been established since 1890. They’ve had a lot of ups and downs over the past hundred years. They dominated the League of Ireland in its early years before spending decades out in the wilderness.

After long being an amateur team, they gave into professionalism in 1969 and saw their fortunes revive. They were dogged by poor performances in the 1980s and 1990s, but have returned to form since the 2000s. Their home ground is Dalymount Park in Phibsborough, which is just a 20 minute walk from Dublin city centre.

Bohs’ long-standing rivals, Shamrock Rovers, are Ireland’s most successful club. That’s a long held distinction – back in 1923, they won the first League competition they took part in. They were also the first Irish team to compete in Europe, taking part in the 1957 European Cup. Their large following of devoted fans saved the club from financial ruin in the late 2000s. Today, their home ground is in Tallaght Stadium in West Dublin.

St Pat’s was founded back in 1929 and its motto ‘Ní neart go cur le cheile’ – meaning ‘No strength without unity’ – nicely sums up the devotion of its fans. They are some of the most vocal in Irish football, meeting periods of turmoil in the club’s history with protests.

In 2005, the FAI tried to force St Pat’s to share a ground with Shamrock Rovers. This brought fans out onto the streets. Today, their home ground is still in Richmond Park in the Dublin suburb of Inchicore.

Getting involved in Dublin football

If you’re interested in attending a football match in your local area, you’ll find the Irish league fixtures for men’s football here. And the upcoming women’s fixtures here.

If you’d like to train with a local team, you’ll find a comprehensive list of all the soccer clubs in Dublin here.

Alternatively, if you’d prefer to get involved in another sport, you can check out the other games that make up Dublin’s sporting landscape here.