Dublin city is no concrete jungle: it’s dotted with open spaces where you can stretch your legs, get some fresh air and soak up nature. It’s just one of the many perks of Dublin life. Here’s an introduction to just a few of the city’s best parks and gardens.

The city’s most notable outdoor space is the Phoenix Park, which is one of the largest urban parks in Europe. Its 11km long perimeter wall encloses 1,752 acres of parkland. (This is more than twice the size of New York’s Central Park.)

The Phoenix Park is home to a beautiful array of local flora and fauna, including a large herd of fallow deer. It also has a historic built heritage. Nestled within the park is Áras an Uachtaráin, home of the Irish President, as well as Farmleigh, former home of the Guinness family. The park also houses Dublin Zoo, the medieval Ashtown Castle and an 18th century military Magazine Fort. 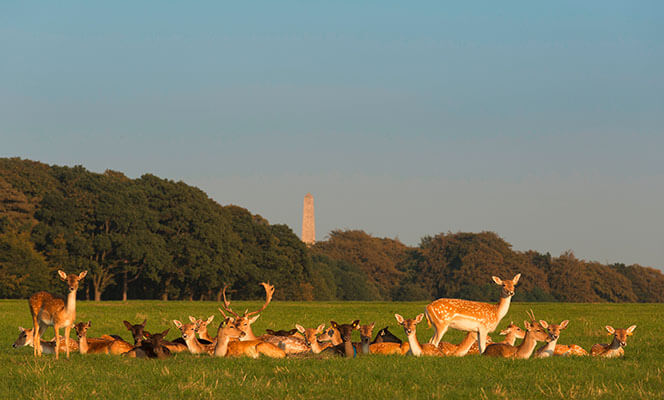 Right in the heart of the city centre, you’ll find the oases of St. Stephen’s Green and Merrion Square. They’re perfect for a mid-afternoon stroll during your lunch break.

If you have more time to spare, you can explore the yew maze at the Iveagh Gardens. This small park is also known as Dublin’s secret garden but, as one the city’s best venues for outdoor music and comedy gigs, it’s becoming more and more famous. 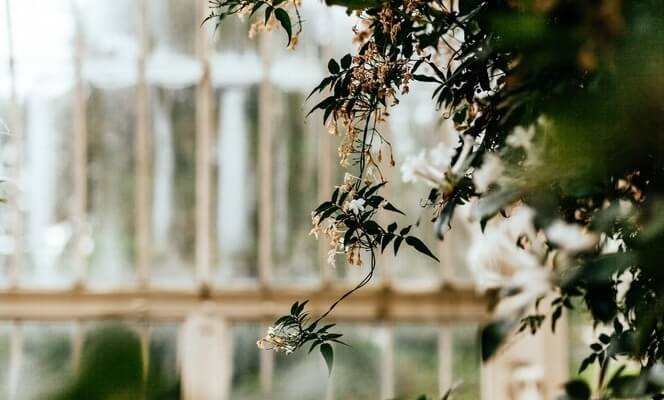 One of the best Dublin parks outside of the city centre is Marlay Park – where the Longitude music festival takes place each year. Its craft courtyard is a real treat too. To the north of the city, you can also enjoy St. Anne’s Park which is home to 35 playing pitches, 18 hard-surfaced tennis courts, four boules courts and a par-3 golf course.

At the National Botanic Gardens in Glasnevin, visitors can enjoy rockeries, rose gardens and the exotic rainforest plants that reside in its Victorian era Palm House. Every autumn, there’s an exhibition of sculptures inspired by nature too.

The city’s other gardens don’t have such vast collections, but the War Memorial Gardens and the gardens at the Royal Hospital Kilmainham are well worth a visit too. Their ornamental landscapes are a sight to behold.

Want to make a day of it?

If you want to travel further afield, consider heading to the south of the city. Here, you can check out the Dublin Mountains or the People’s Park in Dún Laoghaire, which holds weekend markets and is located right next to the seafront. Alternatively, you could head north to explore Malahide Castle and Gardens. Here, you’ll find Ireland’s only butterfly house.

Perfectly positioned with the sea to the east and mountains to the south, Dublin’s spectacular natural sights are never far away. This makes the city an ideal location for anyone who enjoys outdoor activities. Many locals enjoy surfing, sailing, sea swimming, climbing and biking. Others simply sit back and enjoy the scenery. The beautiful Dublin coast and mountains provide a break from urban life. Having access to nature, as well as all the amenities that come with city living, is one of the most enticing reasons to live in Dublin. Dublin Bay Driving from the city centre, you can make your wa

If you want an authentic taste of the originality, creativity and variety the city has to offer, you have to make a trip to your local Dublin market. From farmers markets to street food stalls, there's always some exciting events taking place throughout the city.

Dublin's festivals are many and varied, spanning every season and a broad range of interests. Some of the biggest are ones you might guess; but there's a whole host of more unusual – and no less enjoyable! – festivals on offer, just waiting to be joined.