Doing a Masters in Dublin: An international student’s experience

Romina Dashghachian is from Germany, while her parents are from Iran, and she came to Ireland to study in Dublin. In 2019, she began her Masters Degree in Public Relations at DCU.

During her stay, Romina shared her experience as an international student with Dublin.ie.

Why Romina did her Masters in Dublin

Romina reckons that Dublin and her hometown of Munich have a lot in common.

“Munich has a community feel, so you never feel like you’re in a giant anonymous city,” she says. “And that’s why I like Dublin as well. When you’re here, you don’t feel like you’re just disappearing in the crowds.”

So how did she come to study in Dublin in the first place?

I remembered how much I loved Dublin.

“I was in Dublin years ago with a friend of mine, just for a holiday trip, and we fell in love with the city so quickly,” she explains. “We were here for a week and we kept talking about how we should come back sometime… How cool it would be to be here.”

A couple of years later, when Romina was looking for an English speaking country to do her Masters in, she recalled their conversation. “I remembered how much I loved Dublin,” she says. “So I was like, wow! Dublin would be perfect.”

Finding friends and settling down

Before Romina began her Masters in Dublin, she was anxious about making friends. However, that anxiety didn’t last too long.

“The people are one of the many reasons why I feel so at home here,” she says. “They’re just so open and they just welcome you in. You can have so much fun with people you’d just met five minutes ago!” 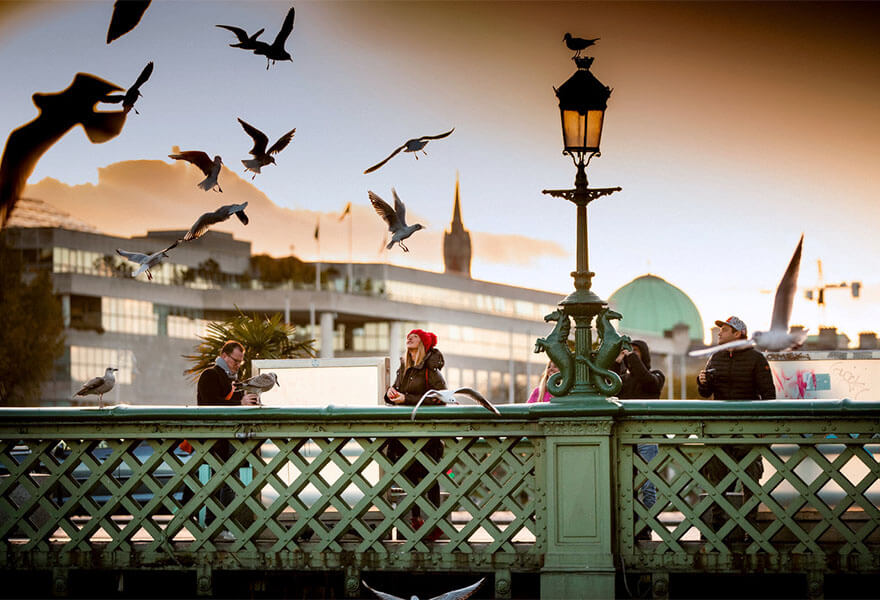 Although there are several outposts of German culture in Dublin, including the Goethe Institut on Fitzwilliam Square, Romina never felt the need to visit them. And she certainly wasn’t homesick when Dublin.ie spoke to her.

“I don’t really seek out German people; I can do that in Germany,” she says. “I love Germany very much and I will probably go back at some point but, when I’m in a new country, I want to immerse myself in the culture of that country”.

You don’t feel like you’re just disappearing in the crowds.

“What I like to do is go to Irish comedy gigs and into the city centre. Or to restaurants and try to buy authentic Irish food. And just try to talk to as many people as possible,” she says.

She recommends the Stag’s Head pub for its comedy nights, which take place every Sunday and Monday night.

Romina is also a big fan of Dublin’s Georgian architecture – Merrion Square is her favourite. And don’t miss the view from the Stephen’s Green Shopping Centre rooftop car park, she says. 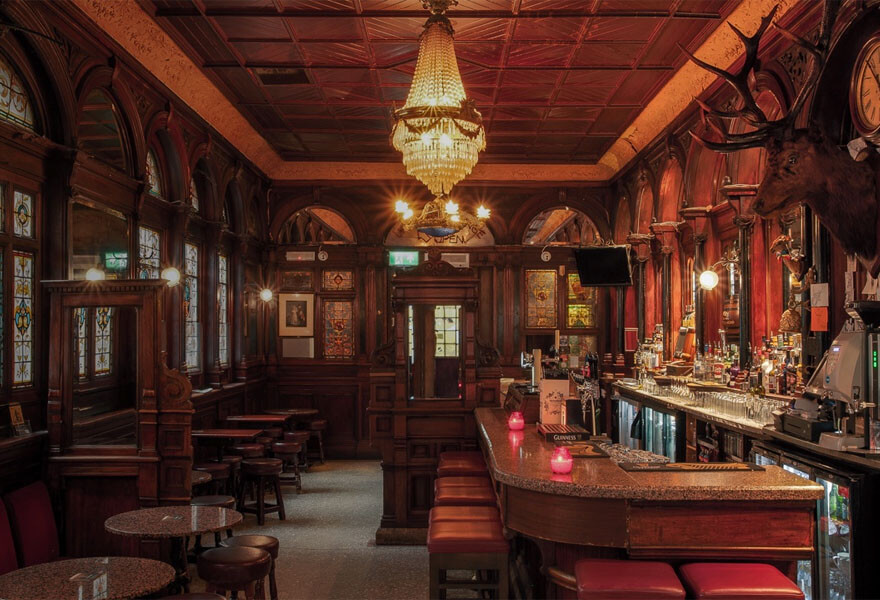 What about the studying part?

Romina studied for her undergraduate degree at a university in northern Bavaria. So we were curious about how she found doing her Masters in Dublin’s DCU instead.

“I think it’s great. One of the main reasons I chose DCU is because it’s kind of famous for its communications school – it’s one of the top 200 in the world,” she says.

She was also impressed by the fact that DCU had a niche programme specifically designed for people who want to become PR professionals.

What I miss is German bread.

“We don’t have these kinds of programmes in Germany,” she says. “They’re more often found abroad. So to find something that’s quite focused was great.”

DCU’s clubs and societies also came in for a lot of praise from Romina. There are 150 of them!

The dance societies and the Book Society are Romina’s front-running favourites. When Dublin.ie spoke to her, she even planned to join the Book Society on a trip to Amsterdam. The club’s remit obviously goes way beyond reading.

Another aspect of the DCU experience that Romina really enjoyed was her student accommodation.

She was lucky enough to get accommodation on-campus and this was a revelation for her. “I had never seen a campus university before,” she says. “We don’t have them so much in Germany.” 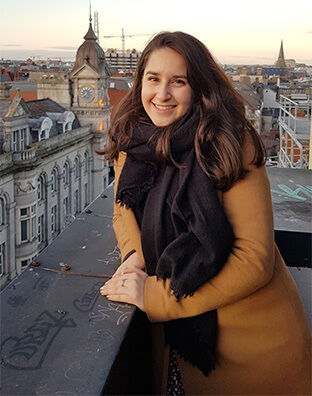 In her undergraduate days, it sounds like she had to run around the city a lot to get to different classes.

“So I really wanted to live on campus,” she says. “I think that’s just the best way, especially for someone who is from another country and doesn’t know anyone in Ireland.”

Her accommodation also helped her make friends and feel at home.

“One of the best things about living on campus is that I have roommates. All of us are post-graduate students and we’re from all over the world,” she says. “There’s one Irish guy, a Russian girl, two Indian guys and me.”

The bread and beer take some getting used to

Sadly, Romina’s experience wasn’t all positive. The bread situation proved to be a problem, for instance.

“What I miss is German bread, because the Germans are very, very big on bread,” she stresses. “I like dark rye bread and I haven’t found that here yet”.

Anything else? “I do miss German beer, but I think I’ve found some beers here that are pretty similar. Hop House 13 does remind me of German beer”.

And what about our black beer? “I love Guinness. I’m a huge fan,” she says, as gracious an advocate of all things Dublin as you could hope to meet.

After completing her Masters in Public Relations at DCU in 2020, Romina stayed in Dublin to gain some professional experience.

She quickly got a role as an intern at one of the city’s largest PR and Communications agencies before becoming an account executive at the same company.

Towards the end of 2021, she landed a job in her beloved hometown of Munich where she continues to work in public relations at a world-leading PR consultancy for tech brands.

Employment opportunities are a big perk of studying here – even for students from non-EU countries. Discover more great reasons to study in Dublin.