Anyone for capoeira? Fancy an evening of food and drink? Or how about spending time with some serious Harry Potter fans? Universities and colleges in Dublin have a strange and eclectic mix of student clubs and societies.

Yes, there’s soccer and Gaelic games, but what about caving and potholing or sepak takraw – a type of kick volleyball? Yes, drama and debating are to be expected, but did you know that you can also join student societies with a focus on comedy, animation or meditation?

Then, for international students, there’s African, Arab and Indian societies too.

Sam Blanckensee graduated from UCD in 2016. In his final year, he founded the UCD Harry Potter Society – and it’s still going strong today.

“I loved it – I was the first auditor of the society and we created something really positive and fun,” he says. “I had been involved in LGBTQ+ activism during my college years and, for me, PotterSoc meant I was making new friends that were not attached to my activism.” 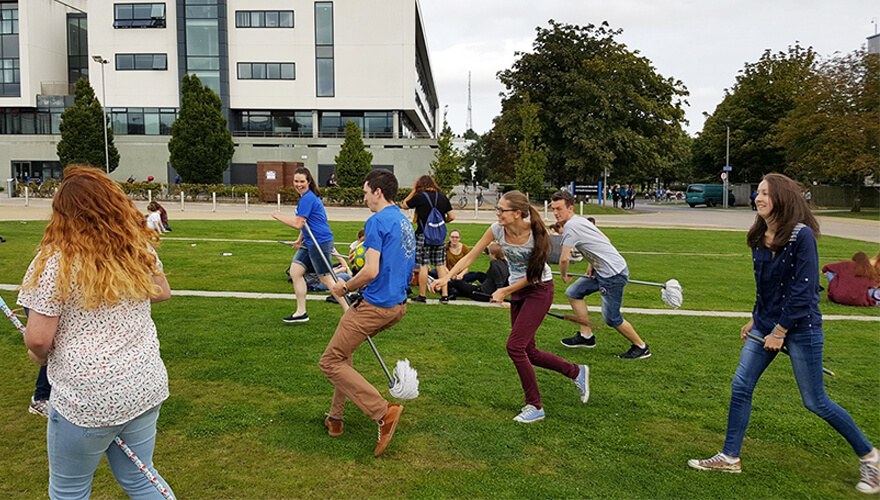 According to Sam, the society is all about acceptance and friendship. “It was less important that members were big Harry Potter fans than they were a nice and inclusive person, who were respectful of everyone there,” he adds.

The UCD Harry Potter Society wasn’t the first in Ireland. They also sprung up at DCU, TU Dublin and Maynooth University, bringing a little of J.K. Rowling’s magic to campuses around Dublin.

What makes for appealing clubs and socs?

Students join clubs and societies for myriad reasons but, first and foremost, it’s because they’re interested in what they have to offer and want to meet like-minded students. However, novel clubs and societies tend to stand out the most. So do the ones with the best stalls during Freshers’ week.

According to the Central Societies Committee at Trinity College, the most popular clubs and societies are those that run interesting events and also appeal to a broad membership.

For years, one of Trinity College’s most popular clubs has been the Food and Drink society. Every year, it organises a ball that almost immediately sells out. Due to its reputation for having incredibly good food and drink, it attracts everyone. You don’t have to be a foodie to appreciate decent food, which is probably why it has such broad appeal.

However, the university has some more unusual clubs and societies too. The likes of the Comedy, Knitting and Literary societies are all popular and have been around for quite a while. Then, there’s charitable societies like the Vincent de Paul Society, which won Society of the Year at Trinity’s most recent Central Societies Committee awards. 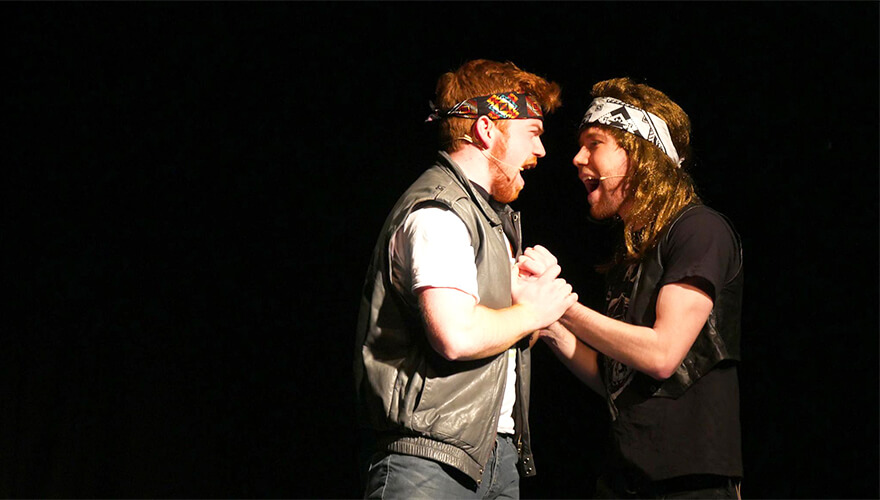 In UCD, sports clubs and student societies are very popular. And even students who aren’t particularly interested in soccer, basketball or the more familiar sports will find ways to get active. The Snowsports, American Football and Mountaineering clubs are among the most popular.

Then there’s more niche options like the Dance Society and the Juggling and Circus Society too. And for the less active, there’s Chess Society and Gamesoc. In total, the university has almost 80 official societies.

Getting credit for club activities

Over at DCU, college authorities have long recognised the importance of its clubs and societies. In fact, in 2004, it became the first Irish third-level to formally acknowledge and offer credits for extracurricular activities.

On its Uaneen module – named after the late broadcaster and DCU graduate Uaneen Fitzsimons – students who are involved in extracurricular life can get 20% of their marks for continued involvement. The remaining 80% is achieved by reflecting on what they have learned and the skills they have gained by taking part. 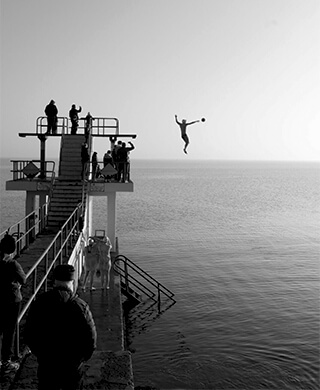 Besides joining societies as a member, students can also get involved in running them.

Serving on a committee – whether as treasurer, captain, public relations officer or secretary – is a great way to develop soft skills that employers really value.

Increasingly, they also offer an opportunity to, in effect, get a second degree.

If you’re a budding actor or journalist, for instance, there’s no need to do a drama or journalism degree when you can get involved in the drama society or the student newspaper. Many students have built successful careers in their field this way.

Some more unusual clubs and societies in Dublin

Here are some of the most unique clubs and societies that are currently active at the city’s biggest universities.

Clubs and societies are a big perk of student life in the city. Be sure to check out these other reasons to study in Dublin.

LGBTQ life in Dublin Dublin is a friendly and welcoming place for lesbian, gay, bisexual and transgender students. The city’s third-level institutions all have LGBTQ societies, while the city’s bars, restaurants and clubs are welcoming spaces. There’s no shortage of LGBT bars either. There’s The George, Pantibar and Street 66, for example. And the Dublin Pride Festival takes over the city every June. Support groups Growing up gay or bisexual can be tough. Being a young transgender person can be even harder. However, in recent years, Irela