Just under 120,000 students attend Dublin’s four universities. Trinity College, which is the oldest, is right in the heart of the city and is also home to famous attractions like the Book of Kells. The other three have campuses scattered throughout the city suburbs.

There is also another university based just outside of Dublin in the town of Maynooth – it’s about 25km away from the city centre.

Each of these universities has its own particular strengths and between them they offer courses in everything from astrophysics to zoology. Although medicine, science, business, law and the humanities tend to be the most popular choices.

All of them feature in the QS World University Rankings for 2021 and three even rank among the top 500 universities in the world. If you plan to study in Dublin, here’s an introduction to each of these Dublin universities.

Trinity College Dublin, the sole college of the University of Dublin, was established in 1592. It is Dublin’s oldest and most illustrious university and counts Oscar Wilde, Samuel Beckett and Jonathan Swift among its alumni. More recent graduates include actor Dominic West and rock icon Courtney Love. 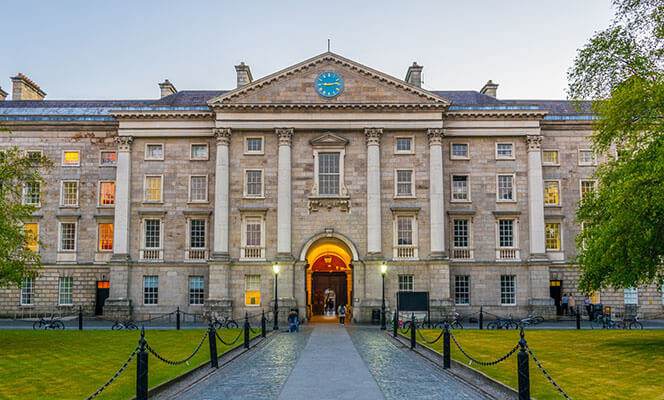 Its university library is Ireland’s largest and oldest. The collection here holds more than six million printed volumes, including the Book of Kells – which is one of Ireland’s national treasures.

In the QS World University Ranking for 2021, Trinity was placed 101st and it reached the top 50 in four subject areas: Nursing, Pharmacy and Pharmacology, English Language and Literature and Classics & Ancient History.

UCD is Ireland’s largest university in terms of student numbers and around a quarter of them hail from overseas. With around 8,500 international students, UCD is one of the most outward-looking universities in Dublin.

Its campus stretches across 130 hectares of parkland in the south of the city and includes world-class facilities devoted to research in science, law and business. 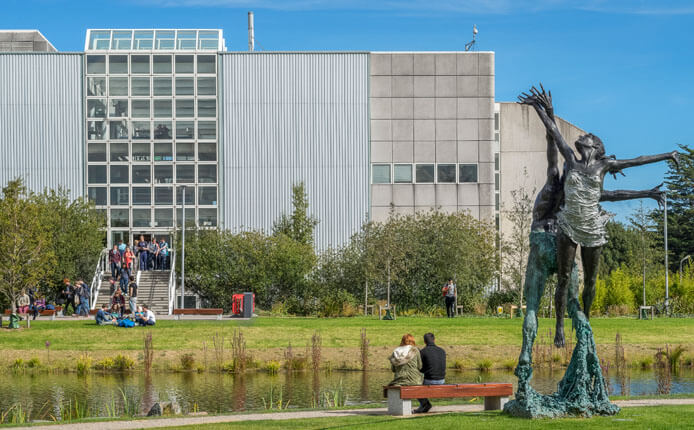 UCD is known for its track record of research and innovation. Its academics have penned publications with over 7,000 international researchers from more than 130 countries. They have produced a body of research that is cited more often than the world average. In fact, this Dublin university has five professors that are among the top 1% most cited researchers in the world.

UCD turns this cutting edge research into real-world results too. NovaUCD, the university’s research and innovation centre, has helped hundreds of companies and early-stage startups since it opened in 2003. It reached 177th in the QS World University Rankings for 2021 as well.

Established in 1975, DCU offers programmes across a wide range of disciplines, including the humanities, social sciences, health, engineering and computing. Its campus occupies a 72-acre site in Glasnevin, just north of the city centre, and is home to a number of enterprise Hubs that facilitate research partnerships.

DCU also holds a place in The Times‘s Young Universities ranking, which lists the world’s best universities under the age of fifty. 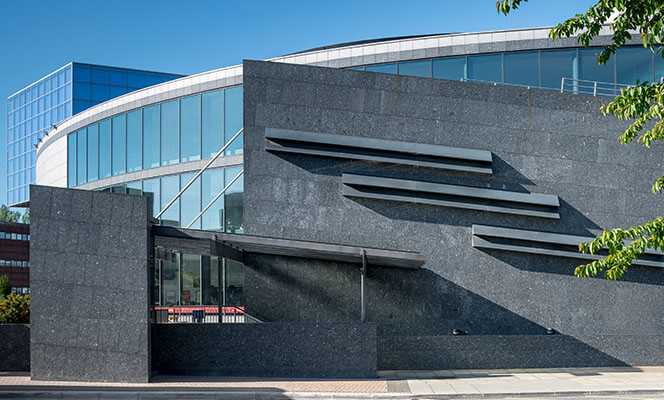 DCU is a thoroughly modern university. Its library assigns as much importance to digital records as it does to books and journals. It is home with a collection of 250,000 volumes. Business and enterprise is a major focus too. Its UStart accelerator programme supports student entrepreneurs and provides financial funding for their startups.

International students, hailing from 110 different countries, make up around a fifth of DCU’s student body. They receive top-class support from the university’s international office, which offers assistance with everything from student Visas and accommodation, through to social events and settling into student life. You can find out more here.

If you’re thinking about studying at TU Dublin, here’s what you need to know about each campus.

DIT’s history stretches all the way back to 1887 when Ireland’s first technical institution was established. Since then, it has distinguished itself in areas like engineering, science, marketing, pharma and journalism. Several of its alumni also hold prominent places in Ireland’s political class. 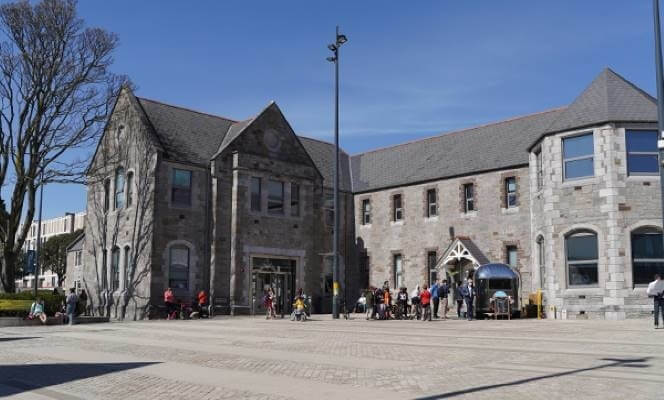 Around a fifth of DIT’s students come from overseas and are supported by a proactive international office. DIT is currently in the process of moving all its students to a brand new, purpose-built campus in Grangegorman, just north of the city centre.

ITB brings a wide range of subjects to the students of TU Dublin. It offers a selection of awards, from certificates to PhDs and the campus is well-known for its rich variety of sporting clubs. Whether you’re into football, frisbee or martial arts, you’ll find a place here at ITB.

If you need an introduction, ITB’s international office is on-hand to welcome students from all around the globe too. 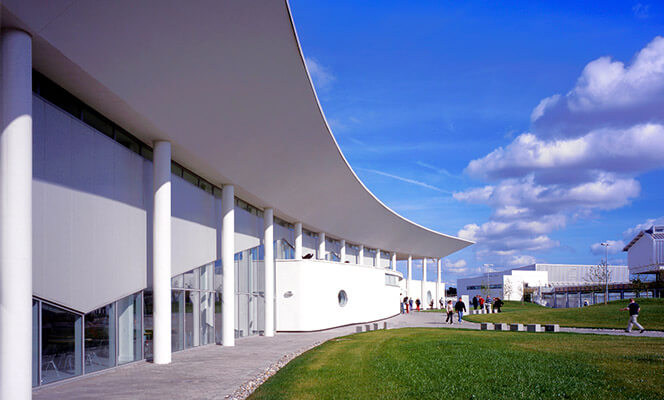 The ITT campus, which is part of TU Dublin, offers courses in subjects like advertising, marketing, accountancy, IT, science, engineering and the humanities. It provides students with awards ranging from higher certificates right up to PhDs.

The ITT international office supports students moving to Dublin for their studies and runs scholarship programmes with several overseas countries too. 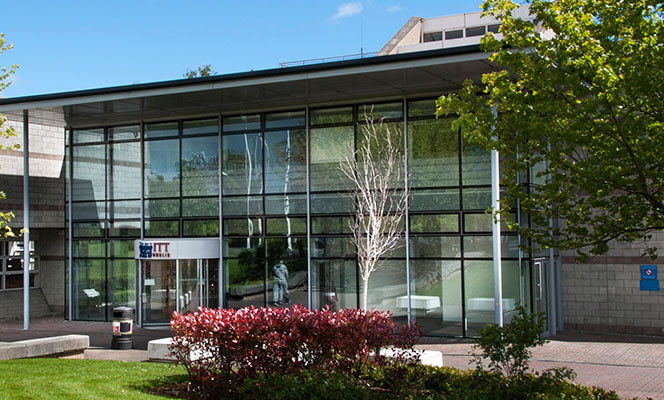 TU Dublin also has an International Foundation Year Programme. This offers students from non-English speaking backgrounds an opportunity to improve their language skills before beginning a course. Find out more about becoming an international student at TU Dublin here.

Maynooth University is Ireland’s fastest-growing university. It has over 11,000 students from more than 90 countries. Although it appears in The Times‘s Higher Education Young Universities listings, its tradition of academic excellence in the humanities and sciences can be traced back to 1795. Located in Ireland’s only university town, 25 kilometres west of Dublin city centre, it is easily accessible by car, bus, bicycle and train.

With seven cutting-edge research institutes and an excellent record for commercialising its research, Maynooth provides many opportunities for students to further their academic and professional careers.

Maynooth University is home to three academic faculties – Arts, Celtic Studies and Philosophy; Social Sciences; Science and Engineering. Within each one, students can choose programmes from undergraduate to doctorate level across a range of disciplines, including the humanities, music, education, social sciences, law, business, accounting, digital media, science and engineering.

Find out more about applying as an international student here.

International students are welcome at all of these Dublin universities. But it’s worth noting that they also have the option to study at Dublin’s third level public and private colleges too.

1. The prestige of its universities Dublin is home to four world-ranking universities, which educate around 120,000 students. Its tradition as a student town goes back a long way. Trinity College, which is right in the heart of the city centre, was founded in the 16th century and is still internationally recognised for its academic excellency today. Since then, younger universities

In addition to Dublin’s publicly funded colleges, there are a number of private institutions which also provide higher level education. If you plan to study in Dublin, you’ll find a run down of each of these private colleges below. If you’re looking for information on private secondary education in Dublin, you can find out more about them here. American College Dublin Set up by Florida’s Lynn University bac

Dublin’s universities aren’t the only prestigious educational institutions in the capital. The city is also home to a number of colleges with long histories and international reputations. Among them is the Royal College of Surgeons with its enviable location on beautiful Stephen’s Green, as well as the country’s oldest art college NCAD. If you plan to study in Dublin, here’s an introduction to the city’s state-funded colleges.