Zendesk is a SAAS company that specialises in helping other companies with their customer care operations.

It was founded in Copenhagen in 2007 and has grown massively since then. With four core products and over 170,000 customers worldwide, it has come a long way.

“We developed a customer support platform, a software as a service product, and that’s where we came from. Since then, we’ve developed more products and addressed a broader market,” he explains.

The workforce here makes Dublin the best place for Zendesk to move forward.

Zendesk now offers a voice channel product, chat services, data analytics products, content management products and a number of others. Though their customer support product is still their main focus.

“All of these products are integrated to make it much easier to address all of those customer support needs,” Twomey says.

Zendesk operates with all manner of companies, large and small, around the world – in over 30 languages. This is why the company has offices across Europe, Asia, Australia and the United States.

Why Zendesk is investing in Dublin

Zendesk first set up offices in Dublin a decade ago. Then, in 2018, it invested in a $10 million EMEA headquarters on Charlemont Place in Dublin 2. It joins many other tech companies, like Google, Airbnb, HubSpot, Intercom, Facebook and Amazon.

Today, the company has over 500 staff located here. And it is continually adding to that number.

As Tuomey explains it: “In 2012, we set up the development and engineering centre here. At that time, it was very difficult to do that. We had to hire top talent here, while our headquarters were in San Francisco. The competition there is so challenging.

“Then, we opened the offices in Copenhagen – but we didn’t feel we were finding the right people we needed to grow. That’s when we came to Dublin.” 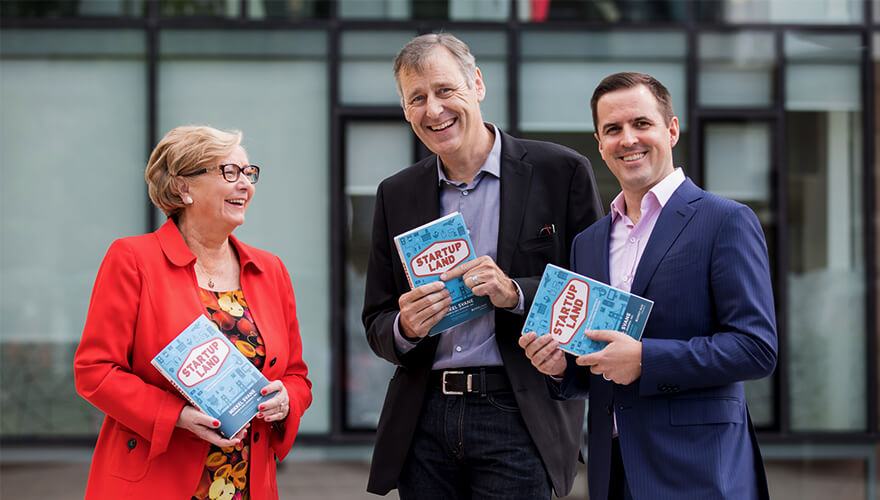 Although Dublin was initially set up as a development centre, Twomey says they knew that it would eventually become Zendesk’s new headquarters.

“We started off with an engineering team, but we do all our mobile development here now too. We have a support team and a sales team as well. So there’s a wide variety of activities,” he says.

As a software company, Twomey says it’s always a challenge to recruit talent. “You need to be strategic about it and have a long term plan,” he says. “We recruit locally, as well as all over the EU, so we get a great mix of nationalities and backgrounds.”

He added that Dublin is an attractive place for other nationalities to come and work, with Zendesk employing about 50 different nationalities in their Dublin offices.

Dublin is definitely a tech hub within Europe.

“We look for very specific skills which aren’t all available here, but we have a great recruitment team who do our recruitment for Dublin, Copenhagen and Montpellier. So we recruit globally for our positions all over the world,” he says.

As one of the main tech hubs in Europe, there are many reasons to invest in Dublin. However, Twomey says the skilled workforce here is key and makes Dublin the best place for Zendesk to move forward.

“Based on the success we’ve had in finding the people we need in the right time frame, we’ve doubled down on the investment we have here in Ireland and we really feel like Dublin is the right place for us to continue to grow,” he says.

Dublin is becoming an increasingly popular place for startups to base themselves – and many foreign companies are making their way over too.

“Dublin is definitely a tech hub within Europe and we do a lot of work with startups. The tech boom here definitely gives Dublin and Ireland a reputation, which makes it a lot easier for us to attract talent from all over Europe,” says Twomey.

He’s noticed that a lot of tech workers want to come to Dublin for a few years to get experience and work on their English. “We tap into that market,” he says. “So the fact that Dublin is so attractive from that perspective, it certainly helps our marketing”.

About 40% of the Irish office’s work is engineering. “A lot of those roles will be in developing, but we do have roles in QA focus, designers, product, programming and engineering managers,” Twomey says. “So it’s a wider team involved in developing products.”

He also noted that people familiar with Ruby On Rails and Java coding, as well as those with practical experience in big data, will also more sought after in future. Then, 30% of its staff are in sales, while they’re always looking for people with European languages to work in support.

There’s a culture of respect and we provide a good working environment.

“There’s a culture of respect and we provide a good working environment,” he says. “Everyone has latitude to work the way they want to. The most important thing for me is that employees are really interested in their work. That attracts and retains talent.”

Tuomey also puts Zendesk Dublin’s low attrition rate down to the fact that its developers get to build products from scratch. “These guys… have full ownership of that from entering the marketplace right down to the revenue,” he says.

As we emerge from the pandemic, Dublin continues to support a thriving, supportive startup ecosystem for ambitious entrepreneurs to want to take their business ideas to the next level. Ireland’s capital remains one of the leading European tech cities – just behind London and Paris. So it’s encouraging that the latest Financial Times‘ Tech Cities of the Future rankings described Dublin as a “thriving hotspot in the startup space”. And