In that famous TV ad for Donegal Catch, the hapless trawlerman’s recipe ideas are kept “on file… In a filing cabinet”. And that’s exactly where they’re going to stay.

It was the realisation that so many CVs suffer a similar fate that got Stephen Quinn wondering if there was a better way to organise the world of recruitment – and, as he puts it, “bring an old-world industry to life”.

In conversation with Jobbio’s Stephen Quinn

Stephen is the CEO of recruitment platform Jobbio. He established the company with his brother John Quinn back in 2013. His idea was to create a digital platform that enables people to apply privately to the companies they want to work for.

They can now do this with what Jobbio calls a ‘live bio’, which is basically a continually updateable rich-media-style CV. As such, it does a much better job of representing a candidate than the usual anonymous-piece-of-paper-style CV that it replaces.

The live CV helps you to tell your story in a richer, more meaningful way.

“It puts you in charge of your own data,” Stephen says, summing it up.

The idea is simple, but brilliant – Dublin.ie is reminded of that bit in The Social Network when the Zuckerberg character is inspired to add a relationship status section to Facebook’s page design.

So far, so Silicon Valley. Except that Jobbio’s headquarters are in Dublin – and that’s where all Stephen’s education and early experience of the working world took place.

Dublin as a location for launching SaaS startups

Indeed, there’s something very Dublin about this latest contender for the noun-that-became-a-verb prize – as in I’ll just Google him, Instagram that, Jobbio myself. Dubliners love a good story – and as Stephen says, “the live CV helps you to tell your story in a richer, more meaningful way”.

Dublin and the Dublin business community is compact enough to put people in touch with each other quickly – and so, to an extent, does Jobbio.

“We help people connect directly with the company they’re interested in”, says Stephen. 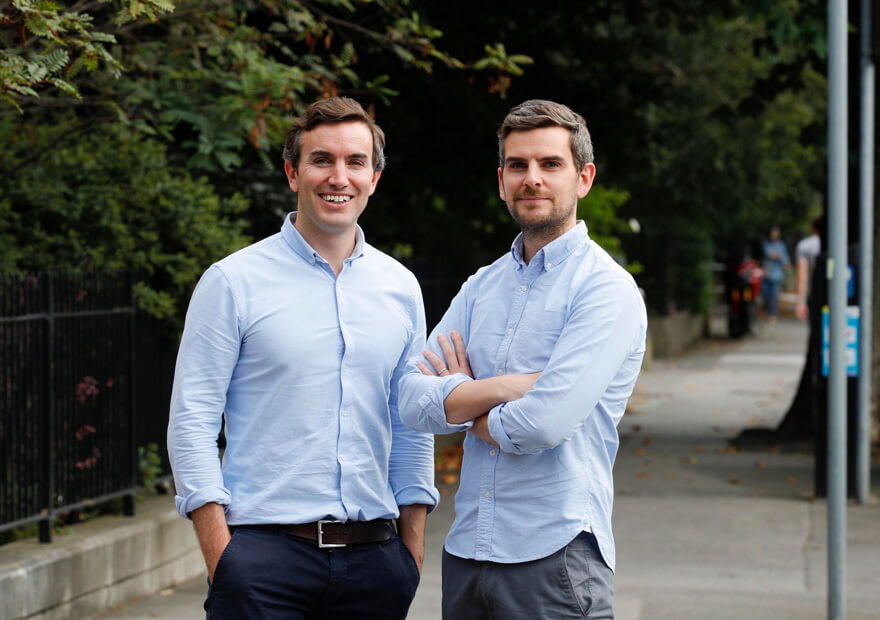 If Jobbio’s on a mission to allow people’s real character to shine in an online marketplace for jobs, then maybe it was destined to be born in one of the world’s most characterful cities.

These days, with offices in New York, London and Baggot Street, Stephen is as often as not just off a plane. Who better qualified than him, then, to evaluate his home for its startup-nurturing qualities – and its suitability as a place to build up a globally scalable software business?

So many of the big tech companies are in Dublin, so it’s easier for us to get direct access to our customers.

“Initially,” Stephen says, “we got help from our local enterprise board. Then, they put us in touch with Enterprise Ireland – who named us as one of their High Potential Startups. The system worked well for us in that sense.”

Equally important from Jobbio’s point of view, however, is the fact that “so many of the big tech companies are in Dublin, so it’s easier for us to get direct access to our customers”.

According to Stephen: “You can acquire international customers more easily here. We’re neighbours. And we’ve been able to launch in London on the strength of our relationships with brands there that we were already working with in Dublin”.

And what about day-to-day life?

But enough about work, Stephen. Before we left, Dublin.ie wanted more of his insights into life in the city.

SQ: Smyths of Haddington Road. It’s next door to the office.

SQ: The barbecue stick… Oh, and my brother is one of the owners.

SQ: I live on Baggot Street, so I’ve got a five minute walk to the office.

Dublin.ie: Good place for a round of golf?

SQ: Powerscourt  [in county Wicklow] – breakfast and your green fee for €55.

Dublin.ie: Nice place for a walk?

SQ: Banks of the Dodder or the Dargle.

Not the Thames or the Hudson, then? Dublin.ie says proper order!

To find out more about Jobbio and its live bio, visit its website.

As we emerge from the pandemic, Dublin continues to support a thriving, supportive startup ecosystem for ambitious entrepreneurs to want to take their business ideas to the next level. Ireland’s capital remains one of the leading European tech cities – just behind London and Paris. So it’s encouraging that the latest Financial Times‘ Tech Cities of the Future rankings described Dublin as a “thriving hotspot in the startup space”. And

If you’re not entirely sure what the Internet of Things (IoT) is, or if you haven’t even heard of it yet, that’s alright. Essentially, the IoT is a connection of devices to the internet, whether that’s your washing machine or your house alarm and everything will be ‘talking’ to the other. On a micro level, that might mean that your alarm clock will tell your coffee machine that it’s time to start brewing a pot when you get up; on a macro level the possibilities are infinite, including making cities smarter.