The Guinness Enterprise Centre on Taylor’s Lane in the heart of The Liberties was once named the number one university-associated business incubation centre in the world. And, in the latest rankings, it ranked second amongst the world’s private business incubators.

Dublin.ie talks to Eamonn Sayers, who has been The Guinness Enterprise Centre’s manager since 2011.

Startup support: What the GEC is all about

The Guinness Enterprise Centre – or GEC, for short – aims to help Dublin’s startups grow and scale.

So, when an entrepreneur comes in, the first thing the team here does is connect them with another, more experienced entrepreneur within the same industry.

“We’ll say have a chat with this person, see what they’re thinking,” says Eamonn. “If you’ve identified your target market, again, we’ll say we know someone here who’s in the same market and they’ll have a coffee with you too.”

We try to remove as many of those barriers as possible.

These peer-to-peer connections help entrepreneurs learn from the mistakes of others, so they can become better – without experiencing the pitfalls of slipping up.

“Whatever challenge you’re facing as a startup, there’s always someone here who can say: ‘I was in the same boat two years ago… Or only six weeks ago’,” says Eamonn.

For the very early stage startups, the Guinness Enterprise Centre offers mentoring and help to develop business plans and marketing strategies. “Then, after that, we help them to become investor-ready,” says Eamonn. 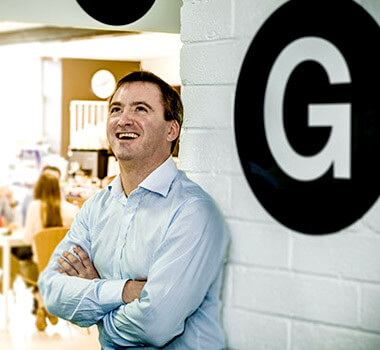 That may sound like an intimidating step. However, Eamonn and the GEC team are here to guide people every step of the way.

“It’s really a case of throwing the arm around, asking how can we make it better?” he says. “At that stage of your growth, it’s the small subtle things that can trip you up.”

“We try to remove as many of those barriers as possible – mainly using the expertise here in the community,” he adds.

The team also works to build up people’s confidence and create a culture of determination and tenacity. 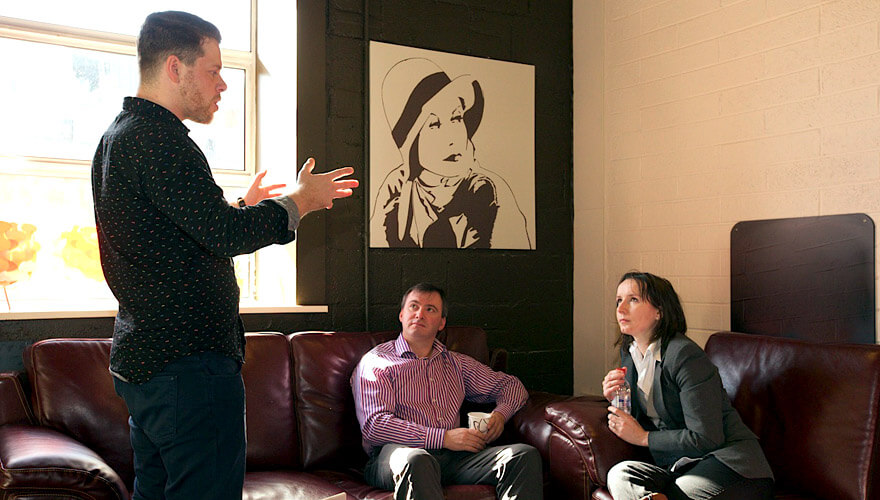 As Eamonn puts it: “You can see your next-door neighbour here and how he or she is succeeding with their business, so you’re thinking: ‘Well, if they can do it…'”

And because you’ve probably had a coffee or a chat with them, you realise they don’t have any secret powers or superior intelligence. So your startup can succeed too.

“It all helps to remove the fear factor,” says Eamonn. “And there’s that sense of ‘we’re all in it together’ too. The beauty of it is that people here share successes, but also the things that didn’t work so well.”

What about supports for startups that are scaling?

The Guinness Enterprise Centre is also home to many overseas entrepreneurs. In fact, around a third of the centre’s workforce hail from abroad.

This is incredibly helpful for any startups looking to expand into new markets or export overseas. With a watercooler conversation, they can learn incredibly valuable information.

If that means we have to say: ‘Have a long, hard think about what you’re doing’, then we have to do it.

“If you’re looking to sell into France for instance, you can immediately go to an entrepreneur here who’s from France to find out what the barriers are and what systems you have to look into,” explains Eamonn.

For startups further down the line, the GEC team also acts as a sounding board for their problems.

“Sometimes our role is just to be the ear for an entrepreneur,” says Eamonn. “We’ll sit down for a chat in complete confidence. If they’re in charge of the company, they can’t have that outpouring in front of their team and staff.”

We don’t have any financial stake in the companies here… we have an emotional stake.

The best part is that you can trust the advice you receive, because they have your best interests at heart.

“We’ve a vested interest in these guys, because we want them to succeed,” says Eamonn. “We don’t have any financial stake in the companies here, but we have an emotional stake.”

However, Eamonn’s role isn’t always easy. At times, he’s had to share some hard truths. “We want to help every person as much as we can,” he says. “And if that means we have to say: ‘Have a long, hard think about what you’re doing’, then we have to do it.”

There’s a variety of different office spaces to choose from, as well as meeting rooms, breakout areas, a fully-staffed reception, a call transfer service, a restaurant, a café and, even, a meditation room.

“An entrepreneur might be on the road a lot,” says Eamonn. “So they have to be very comfortable that the team they’ve taken on are in a good environment.” 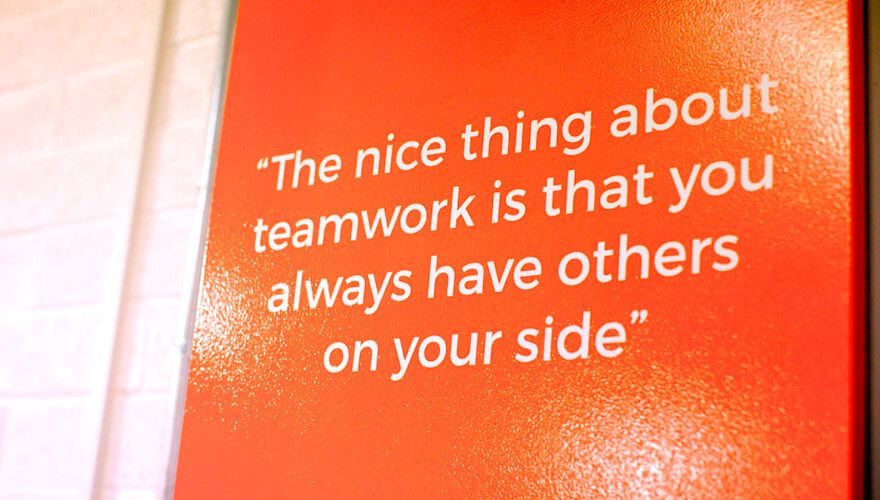 So even early-stage entrepreneurs who are flying solo can enjoy a fulfilling work life and rub shoulders with like-minded people.

Startups that got their start at the GEC

At the moment, the Guinness Enterprise Centre is growing. After a €10 million expansion at the end of 2021, it can now accommodate almost twice as many companies. Soon, it will be home to 150 resident startups, up from 85, as well as 220 co-working companies.

Current tenants include the likes of The Business Spirit Platform, which runs Profit With Purpose magazine and The Responsible Innovation Summit.

Then there’s Wellola, a patient portal developer for health providers, and Black Shamrock, a fast-growing gaming studio. Non-profit Kinia, which creates tools to empower educators, has its base here too.

We’re delighted when they go.

Past tenants also include global success stories, such as SaaS company Qualio, which recently secured $50 million in Series B funding. Cybersecurity company AdaptiveMobileSecurity, which recently sold for €45 million, also started here. As did cryptocurrency startup Circle, which currently has a multi-billion-dollar value.

When these startups move on from the Guinness Enterprise Centre, the team here experiences mixed emotions.

“We miss them when they go and we’re delighted when they go,” says Eamonn. “Because it means we’ve done our job. It’s all about adding value for the entrepreneur, giving them those soft supports.”

To find out more, visit the Guinness Enterprise Centre’s website.