It’s an economic truth, universally acknowledged, that innovation is at the core of most successful businesses.

And they all contribute to making Dublin one of the world’s most exciting locations for both research and development – and in which to do business.

At the heart of all this, you’ll find NovaUCD. Located on the campus of University College Dublin, this state-of-­the-art facility opened its doors in 2003 and is based in the lovingly restored 18th-century Merville House.

It offers an extensive business support programme for the client companies based there. With advice, seminars and workshops, as well as access to NovaUCD’s extensive network of investors, researchers and business leaders, it has become a true hub of innovation in Dublin.

NovaUCD came about as a result of a unique public-­private partnership. Six private sector sponsors contributed 75% of the €10 million raised to develop the first two phases of the complex.

An additional €1.3 million funding for facilities and equipment to accommodate biotechnology start­ups came via Enterprise Ireland and UCD itself.

Then, in 2021, it opened a €7 million expansion and renovation of the centre, which included 20 more business units, extra labs and a new coworking space. This increased its capacity by 50%, which means NovaUCD can now support over 450 founders and their teams at any one time.

The breadth of the new ventures in motion here is impressively broad. Think renewable and wireless energy, medical devices, ITC and biotech – and that’s just for starters.

To date, NovaUCD has supported more than 400 companies and early-stage startup ventures. These companies have raised over €775 million in equity funding between them and directly employ over a thousand people. 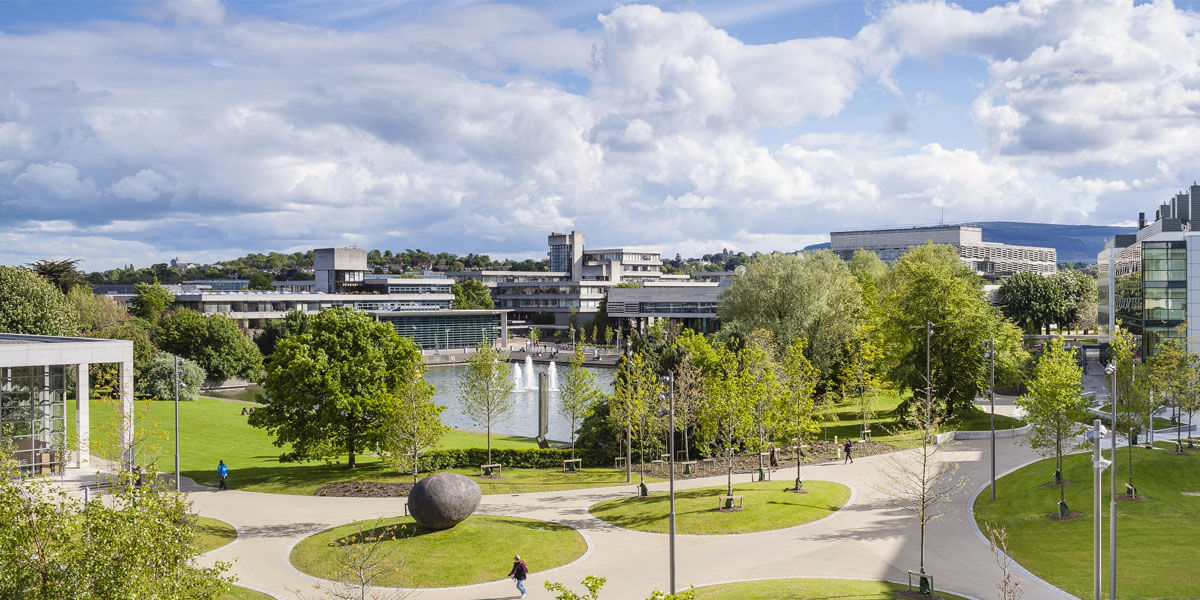 One of these successful startups is Genuity, which was formerly known as Genomics Medicine Ireland. It is creating a platform for examining the human genome that will help researchers understand the role of genetics in diseases and should lead to new treatments for them.

In 2018, it announced the creation of 600 jobs as the result of a €350 million investment programme. Since then, the state-backed firm has seen its annual income hit €21 million.

Another success story coming out of NovaUCD is Carrick Therapeutics. Established in 2016 and headquartered at NovaUCD, it brought together world-class cancer researchers and drug development experts to create a leading oncology company.

Since then, it has raised $95 million in seed funding. Its co-founder, Dr. Elaine Sullivan, was named EY’s Emerging Entrepreneur of the Year in 2018. And, in 2021, it made significant breakthroughs in its breast cancer treatment research.

It’s the support programme at NovaUCD that makes it so attractive to startups. There’s the possibility of collaborating with UCD college researchers for one, as well as guidance available on everything from business plan development through to grant and funding applications.

If startups need specific advice, there’s a whole host of resident experts there to guide them. Legal advice is available from Arthur Cox Solicitors, while finance and tax information comes from Deloitte. Then, there’s AIB representatives to help with startup banking and financial planning.

There are also opportunities to be introduced to potential investors, mentors and industry advisers – including representatives of venture capital company Atlantic Bridge’s €60 million university fund.

NovaUCD is all about supporting new businesses and innovative graduates through applied research and industry connections. So we can expect to hear more success stories down the line.

UCD Global: Welcoming international staff and students With a huge urban campus, state-of-the-art facilities and the largest student body of any university in Ireland, UCD welcomes hundreds of new international students every year and contributes significantly to Dublin’s diversity. UCD prides itself on being Ireland’s global university. And it has international campuses and strong links to academic institutions in locations as far-flung as Beijing and M