From Temple Bar to the Sahara Desert

Ireland is making a big impression on the international stage in terms of architecture. From the Grand Egyptian Museum to the University of Milan, we’ve left our mark on some of the world’s most renowned structures.

Dublin.ie caught up with Hugh Campbell, Professor of Architecture at UCD, to find out more about how Dublin architects are making such a big impression on the international stage.

It all started with Temple Bar

“It was an overnight success that took 30 years, in a way,” Campbell says. “We have a lot of great architecture practices here and a very strong reputation internationally.”

Architecture aside, the Irish are well connected globally. There’s more of us off the island than on, with huge cities like Sydney, London, New York and Boston all filled with first, second and third generation Irish. 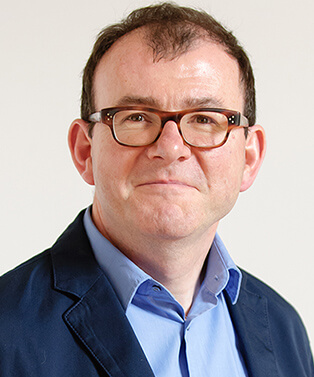 However, our architectural reach has its origins here at home.

According to Campbell, it began with two Dublin-based firms – O’Donnell & Tuomey and Grafton Architects – landing a local project.

“These firms got jobs to reinvent Temple Bar in the 90s,” he says. “This was significant because they were placing modern architecture in an historical setting.”

Their work transformed the heart of Temple Bar. Grafton Architects worked on Temple Bar Square, including the retail and apartment buildings that form its backdrop. Meanwhile, O’Donnell & Tuomey built the beautiful Gallery of Photography.

The Temple Bar project developed an international reputation for Irish architects, Campbell explains. Years later, in 2008, the University of Milan was completed by Grafton Architects.

“This was a really big project,” Campbell says. “It won World Building of the Year and led to Grafton Architects lecturing all over the world.” 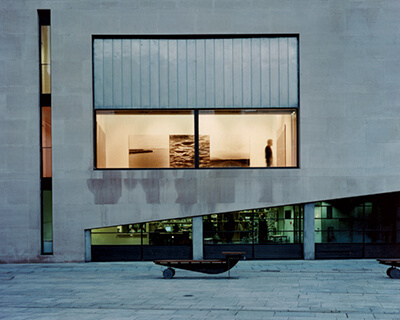 Since then, both firms have won awards on the international stage.

“They’re chameleons of architecture. They adapt to the environment incredibly well,” says Campbell.

“A lot of the time you will see a new building go up that just doesn’t look right in its environment, but these guys are brilliant at getting a sense of the area and bringing something new that fits in with what’s already there.”

Both firms are still relatively small with just 20 or 30 staff. However, their reputation has exploded since the Temple Bar project.

It’s definitely more popular as a university choice these days.

heneghan peng is another popular Dublin architect worth mentioning. Though it’s much younger, the company has already influenced international landscapes too.

This led them to building the Grand Egyptian Museum that overlooks the pyramids. “They’re very active,” Campbell says. “They produce really high quality stuff and they’ve been rewarded for it.”

How to produce award-winning architects

Eight years ago, at the Stirling Prize Awards – aka the Oscars of architecture – there were six firms shortlisted and three of them were Irish, Campbell says. Grafton Architects, O’Donnell & Tuomey and heneghan peng have all been nominated at some point too.

In fact, in 2021, Grafton Architects won first place for its work on the Kingston University Town House in London.

It was an overnight success that took 30 years.

Then, in 2022, the Dublin firm also won the prestigious Mies van der Rohe Award for architecture for its work on a Spanish social housing project. A total of 532 works from 41 countries were submitted for consideration.

So is it the quality coming out of our universities that has given us this award-winning reputation? Well, it’s not quite that simple, according to Campbell.

This has led to many moving abroad for work.

“It’s definitely more popular as a university choice these days,” he says. “We used to have two courses in the country, now we have five. So there’s more people qualifying.”

Other influential factors are Irish Design 2015, a year-long initiative which showcased every sector of design, as well as television shows. “There’s more of an alertness to it,” Campbell says.

The influence of the Irish diaspora

After the economic crash in 2008, being an architect became a precarious profession here in Ireland. Little was being built and there were less opportunities than before. 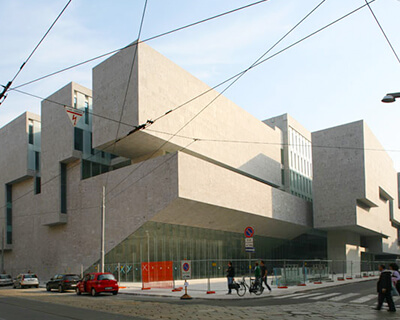 “This has led to many moving abroad for work,” says Campbell.

As a result, the work of the diaspora abroad has earned Ireland an international reputation in a lot of fields.

However, there’s more to it when it comes to architecture.

“I’d say there are a number of concrete reasons for Ireland having an international reputation within the architecture world,” Campbell says. “Without getting too political on the matter, you could say the procurement process here is amplified and forces many abroad.”

He continues: “Sadly, it will be 20 years before the young talent here get to build social housing. Most will go to London and that’s sad, because we should be capitalising on the young talent we’re producing. They have the most up-to-date knowledge. And this isn’t the case Europe-wide.”

Campbell believes there is a lack of trust in youth here – and not just in the area of architecture. “It’s that idea of ‘you need X amount of experience to do this job’,” he says. “Yet these graduates are more than capable and they’re showing that in the other countries they go to.”

He says there are a number of trends emerging in Irish architecture. “You can see that the architecture community wants to serve society with sustainable, energy-efficient and carbon-free constructed buildings,” he says.

“Younger people are far more environmentally conscious than older generations. And they want to build housing,” he adds. “We have a massive housing crisis here and young architects are finding new ways of prefabricating houses. We should be capitalising on this, but we’re not.”

The reputation of Irish and Dublin architects has come a long way since the 90s. Although social and economic factors have since forced many young architects abroad, they have only enhanced the country’s architectural prestige.

Hopefully, we’ll soon see them return home to show the city what it’s been missing.

What’s going on at Dublin’s water research centre At Dublin City University, researchers are stepping up. Professor of chemistry, Fiona Regan, is the founder and director of the Water Institute which, in 2015, brought together researchers from across a range of disciplines to carry out research into national and global water problems. Why the world needs DCU’s Water Institute The devastating conflict in Syria was sparked by a water scarcity that pushed people into the cities and provoked unrest. The unrest in Yemen is rooted in a water crisis. Large parts of America and