Dublin’s docks met the same sorry fate in the 1970s as those elsewhere around the world. The arrival of containers simultaneously revolutionised shipping and decimated traditional dockland employment.

The first stage of redevelopment

The IFSC was developed on the north side of the Liffey behind Connolly train station. While the area welcomed banks and other financial services, it had little impact on the citizens of central Dublin. At least, at first.

And, at night, there was a tumbleweed feel to the area as the wind blew between the deserted canyons of capitalism. 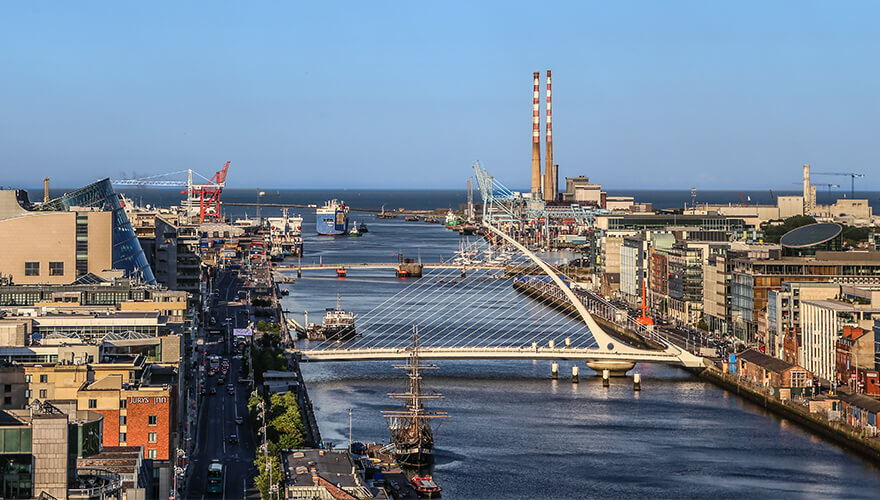 Today, The Samuel Beckett Bridge connects the IFSC to the north and Dublin’s tech hub to the south.

As the years went by, however, there was further growth with both business and residential projects popping up. Eventually, the IFSC extended down the north docks towards The Point Theatre – a venue renovated in 2007 and now known as the 3Arena.

But the north side struggled to achieve critical mass. While things certainly picked up, it could still feel a bit barren at night. Even after a night at The Point, most people would return to the city centre to finish out the evening.

Regeneration round 2: The Digital Docklands

However, by 2000 things were starting to change south of the river. And it seems lessons were learned. A large attractive space for social interaction was developed at Grand Canal Dock and Ireland’s IDA – Industrial Development Agency – proved successful in bringing employment to the area.

It had set its sights on luring Silicon Valley’s tech companies to Dublin. Google liked what they heard and went looking around for a European HQ. What caught the emerging tech giant’s eye was some buildings on Barrow Street.

Google felt the area had the right sort of vibe. Similar waterfront regeneration projects in old industrial zones had already become trendy in many other cities. 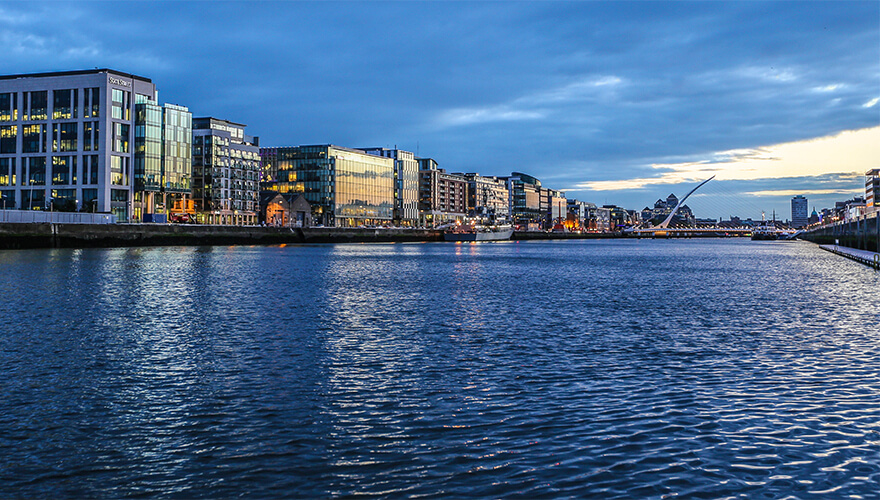 Tides of change: View of the South Docks, now dubbed the Silicon Docks.

What’s more, Grand Canal Dock offered other attractions. It was within walking distance of the city centre. And if creative staff were in need of some inspiration, a beach stroll was within easy reach too.

By this time, there were many other reasons for tech companies to invest in Dublin too. Think R&D investment, favourable tax infrastructure and local talent.

Once Google set up its headquarters in the Dublin Docklands, the IDA found it easier to convince other big players in Silicon Valley to set up here too. Facebook soon followed, as did Twitter, TripAdvisor, Zendesk, Airbnb, LinkedIn and many of the other new kids on the digital block.

By 2011, the big names in finance and the legal world became overshadowed by the emerging powerhouses of the digital revolution. This was when the term Silicon Docks came into use for the first time.

The Docklands were now truly transformed and started to play a pivotal role in the capital’s economy.

Almost 40,000 people now work in the Docklands, most of them young. Cafés, shops and bars have sprung up all around to cater for their needs too.

Docklands developer Harry Crosbie says what makes a development successful is people choosing to socialise there, as opposed to going into the city centre or elsewhere. And the Docklands are now achieving this. 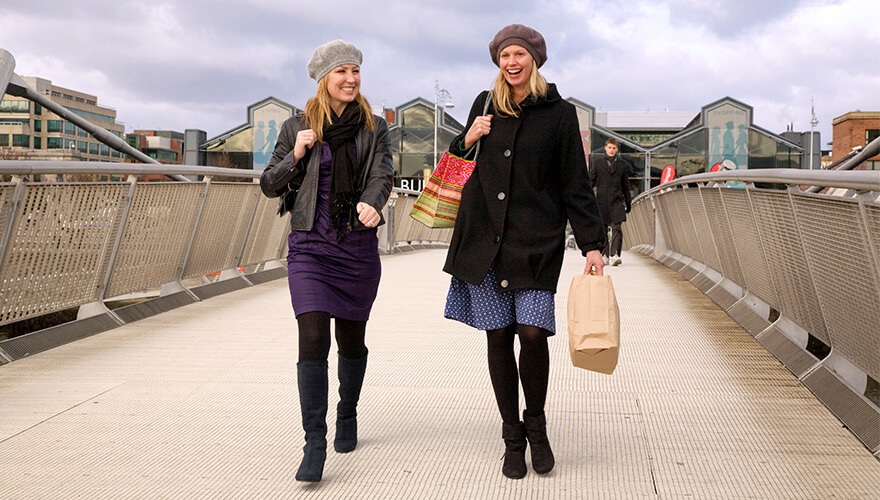 The area became more than just a major centre of employment. It is now an integral and vibrant part of the city.

New infrastructure, such as the Samuel Beckett Bridge and the extension of the Luas tram, also made the area much more accessible. And new architecturally-striking developments, like the Bord Gáis Energy Theatre, the Marker Hotel and the refurbished 3Arena all brought buzz, glamour and life to the Docklands.

What the people working here say

While diversity in Dublin is at an all-time high, the Docklands has become one of the most multicultural regions of the city. In fact, around 25% of the population was born outside of Ireland.

This youthful, diverse dynamic is one of the first things workers say they enjoy about Dublin. And it seems the IDA did not have to exaggerate when pitching the city to tech giants. One Google worker after another mentioned ‘the people’ when asked what it is they enjoy about working in Dublin.

The people are the best. Seriously, it is what Ireland is about.

“Poland is a very conservative society; people care very much about old values. For instance, they would ask ‘why are you not married when you are 27?’ I would not hear that question here in Ireland,” she says. “No one cares. I think there is much more tolerance towards other races, religions and even ideas”.

One of her French colleagues, Arthur Chaim, reinforces this point. “Irish people are very open-minded. I was quite surprised when I first arrived by the fact that you legalised gay marriage,” he says.

Austrian Astrid Tan notes that if you stop on the street looking lost, someone would come to your assistance in seconds. “The people are the best,” she says. “Seriously. It is what Ireland is about”.

There are some difficulties too

The Googlers and their Facebook colleagues all sang from the same hymn sheet about the friendliness of the people. But they were equally unanimous about the main difficulty they face living here: “The rents!”

“I am ready to pay money for quality, but you don’t get that,” Astrid says. “Yeah, the real estate situation needs to be regulated,” Juliana Castro adds, before running back into work.

While it’s great to see the area has overcome its tumbleweed feel, Ireland’s housing crisis and the fact that Dublin’s Docklands are now in high demand, mean it’s difficult to find affordable, quality accommodation nearby.

However, the surrounding skyline is peppered with cranes which testify to the area’s continued growth and signals the fact the recession is well and truly over here. The regeneration of this once blighted place has been a revolutionary success.

To find out more, check out our articles on work life in Dublin.

Fergus O’Neill is the graphic designer responsible for the “Feck It, Sure It’s Grand” line of products. He also created a series of prints depicting 20th century Dublin landmarks, such as the Poolbeg electricity station and the now-demolished concrete silos at Boland’s Mill. You may have seen some of his work in Dublin’s Jam Art Factory. Fergus studied visual communication at Dún Laoghaire College of Art and Design – now IADT – and works from a shed in Irishtown. Dublin.ie sat down with him to find out more. He tells u