Montpelier Hill, better known as The Hellfire Club to Dubliners, is a lovely place for a walk. It has a variety of short forest trails and provides wonderful views of the city from the southwest.

On the weekends, you’ll find it busy with urbanites escaping the city and dogs running free. At the top sits a large hunting lodge where, if the stories are to be believed, some very ominous events have taken place.

Originally, at the top of Montpelier Hill, there was an ancient passage grave with a cairn of stones stacked on top. Then William ‘Speaker’ Conolly, one of the wealthiest men in Ireland, came along and built a hunting lodge on the same site in 1725. Conolly is said to have destroyed the cairn while building the lodge, using one of the grave’s standing stones as the lintel for his fireplace.

Some time later the roof of the secluded lodge was blown off during a storm. The locals reckoned that aggrieved spirits seeking vengeance for the cairn’s destruction were responsible. And so the tales began.

Over time, fact and fiction have become so intertwined that it’s impossible to separate them. But why let that ruin a good story?

What happened in The Hellfire Club?

After Conolly’s death, the lodge was sold and it is said to have become a meeting place for the Irish Hellfire Club. A club that was founded in 1735 by Richard Parsons – a man known for dabbling in black magic. 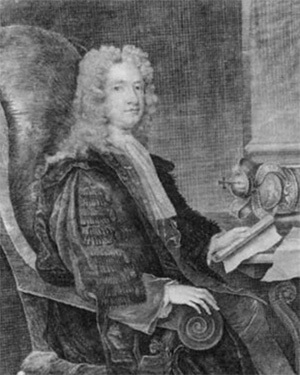 William Conolly, the Speaker of the Irish House of Commons in 1715

Its members met at locations across Dublin and were known for their amoral behaviour and debauchery involving alcohol and sex.

The secrecy surrounding the club led to speculation that its members were Satanists and Devil-worshippers. The president was named ‘The King of Hell’ and dressed like Satan, with horns, wings and hooves. The members were also said to set a place at each meeting for the Devil, in the hope that he’d attend.

The members were also said to hold black masses in the lodge during which cats – and even servants – were sacrificed. Some say the lodge was deliberately set on fire in order to enhance the building’s hellish atmosphere.

The coming of the Devil and other sinister stories

However, the best-known Hellfire Club story is the one in which the Devil himself appears. According to legend, a stranger joined the club members at a game of cards. Then, when one of the players dropped a card on the floor, he bent down to retrieve it and saw that the stranger had cloven hooves instead of feet.

Another popular tale concerns a young farmer who was curious to find out what went on at the club’s secretive meetings. Climbing up Montpelier Hill, he was invited in by the members and allowed to witness the night’s activities. The young man was found the next morning trembling and terrified. Tradition says he spent the rest of his life unable to speak; unable to even remember his name.

A black cat features in one of the most famous tales. In this story, another young man visiting a local farmhouse goes to uncover the activities of the club. The next morning, he is found dead. His host and the local priest, believing him to have been murdered, go up to The Hellfire Club to investigate.

Upon their arrival at the lodge, they see a banquet laid out and a black cat prowling the room. However, this is no normal cat. It’s huge! The priest also notices that it has ears shaped like horns. Happening to have a small bottle of holy water in his pocket, the priest decides to attempt an exorcism. The result tears the beast apart. Outside, the host is found lying on the ground, his face and neck deeply scratched by claws. 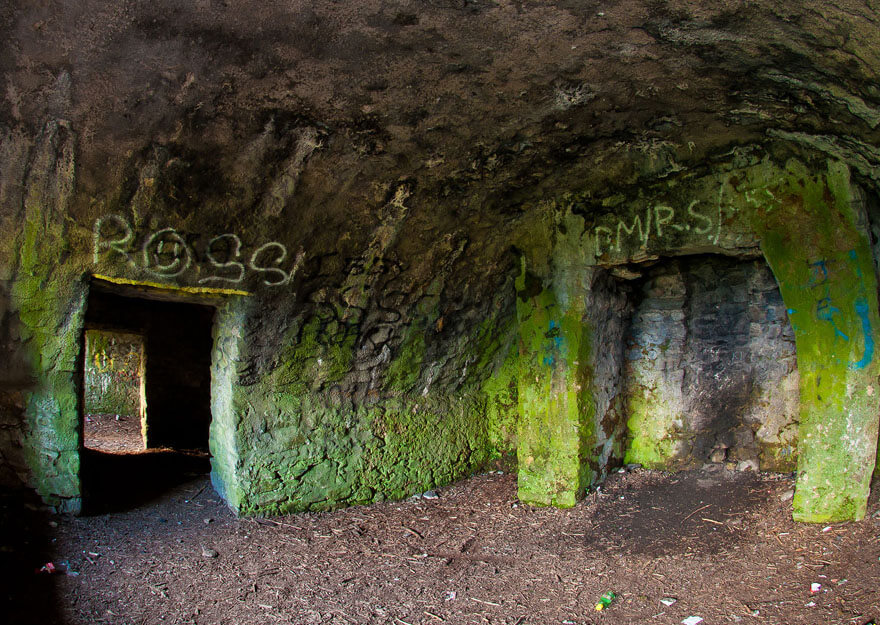 Where is The Hellfire Club?

Today, The Hellfire Club remains burnt-out and abandoned on Montpelier Hill. You’ll find it located in the Dublin mountains about a 30-minute drive south of the city centre.

Montpelier Hill isn’t easily accessible by public transport, but a nearby car park opens at 7am each morning and remains open until 5pm in the winter and 9pm from April until October.

You can also climb up to the 300-year-old Hellfire Club at the top of Montpelier hill. Here, the view looking out over Dublin city is glorious on a sunny day. However, at night-time, people have reported unusual smells and a strange atmosphere. The traces of satanic rituals have also been discovered. Or so they say…

Want to explore Dublin’s outdoor parks, markets and walking tours too? Check out our things to do guide or head straight to the Mountains and Sea section for an introduction to Dublin’s must-see natural heritage sites.

Do the vaults really contain restless spirits? St Michan’s Church is situated behind Dublin’s Four Courts on Church Street, just around the corner from the Jameson Distillery in Smithfield. It was originally founded in 1095 and is the oldest parish church on the northside of Dublin. It was rebuilt in 1685 and contains a large pipe organ, which Handel is said to have played during the first ever performance of his ‘Messiah’. The interior has changed little since Victorian times and the main church still holds mass every second Sunday, but what lies beneath is