A fella used a lovely expression the other day: “Are you yer man out of The Dubliners?” Referring to me in the first and third person, all in the one sentence. That’s a very Dublin thing to say.

Being in The Dubliners always made you feel like a bit of an ambassador for the city. I mean we were all instantly recognisable, and I think people felt at one with us. There’s a nice feeling of unity about being a Dub. And Dubliners in general never made any great fuss of their own sons and daughters who became well known (laughs).

When The Dubliners celebrated their 50th anniversary in 2012, I had been with the band for 48 of those 50 years. I served an apprenticeship as an electrician in the ESB, and worked there as a draftsman for a few years. But the music was always a hobby, and at a certain point I had to give it up and join the lads.

It was precarious in the early days, but there was always a great sense of adventure about the whole thing. We were doing it for the craic as much as anything else, and gradually it became a living. I think anybody who can extend their hobby to the extent that it becomes their livelihood, that’s a real privilege. Especially anyone who’s making music. 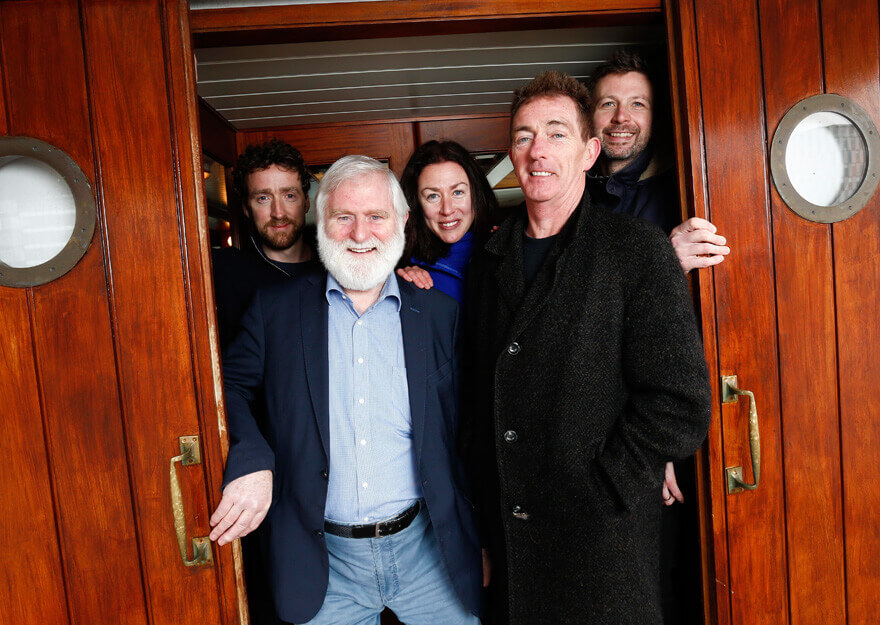 John Sheahan with some of the other artists involved in the Starboard Home project. Images courtesy of the National Concert Hall

It’s been a very special feeling to realize that what we did for so many years had an influence on a whole new generation of musicians. To be able to meet with them now, and collaborate and do concerts, it’s like a bridging those generations. Age doesn’t really matter. It’s a universal language. I’ve been playing with Declan O’Rourke and Damien Dempsey, we did a tour last year, and then I got to play on a track recently with Glen Hansard. It’s amazing how they all credit the huge influence of Luke Kelly and Ronnie Drew, and the music we made together.

Sure, Dublin’s a lot more cosmopolitan than it used to be, but I think the character and the spirit of the people is much the same. Only last week, I was driving into town and had stopped at traffic lights when this fella shouts over to me, ‘Here, give us The Wild Rover…’ That spirit of camaraderie is what makes Dublin special. Like they say, you’re never amongst strangers, just friends you haven’t met. There’s always been that feeling about this town.