A neoclassical jewel in north Dublin

Off the busy Malahide Road, among green fields and mature trees, you’ll find the Casino at Marino. This architectural delight is like nothing else in the area – or elsewhere.

The Casino at Marino is probably the best example of neoclassical architecture in the whole country. Characterised by its dramatic use of columns, grandeur of scale and simple geometric forms, it is a must-see sight for the city’s architecture buffs.

The creation of a well-travelled aristocrat

James Caulfeild, the 1st Earl of Charlemont, was a man who did things with style – and then some. 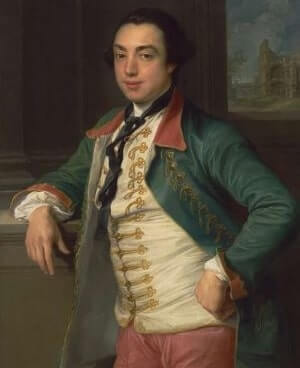 His townhouse on Parnell Square, which now houses the Hugh Lane Art Gallery, reflected his elegant and artistic nature. It was initially designed as an adornment to the city, where paintings by Rembrandt and Titian hung.

When he embarked upon his Grand Tour – the 18th century equivalent of a gap year – he spent a rather impressive nine years travelling the world. He took in the delights of Italy, Turkey, Greece and Egypt and became close friends with the future King of Sardinia. As you do.

One lasting souvenir from Caulfeild’s travels was a deep love of everything Italian. This love resulted in one of Dublin’s most beautiful buildings. 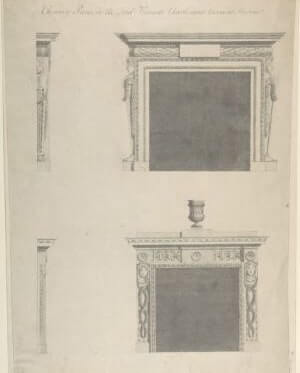 Two of William Chamber’s designs for the Casino

After his Grand Tour, Caulfeild commissioned the Scottish-Swedish architect Sir William Chambers to design a summerhouse on the grounds of his main residence, Marino House. The latter, which he named after the Italian town, was torn down in the 1920s to make way for affordable housing.

However, the Casino at Marino still stands. Completed in 1775, it is often regarded as the finest example of neoclassical architecture in Dublin. Better still, these days it’s open to the public.

The deceptive design of the Casino at Marino

Casino may mean ‘small house’ in Italian, but you’ll get a surprise every time you steps inside. Sure, it might look relatively modest from the outside. Yet the building contains a whopping 16 rooms across three floors. No wonder it took around 20 years to complete. 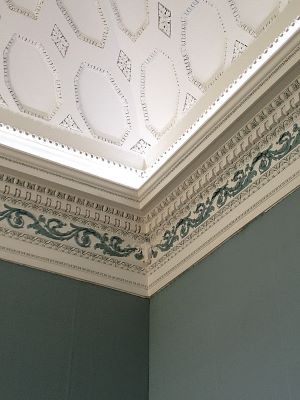 Size-wise, it’s about the same as a modern family home, albeit the one of your dreams. It’s perfectly proportioned, features elaborate floor designs and statues of lions stand guard outside.

However, much of the Casino at Marino is smoke and mirrors. The huge front door is an illusion; only two panels actually open to allow entry. While some of the Tuscan columns surrounding it are actually hollow to allow rainwater to drain down.

The interiors include a state bedroom, reception rooms, a kitchen and servants’ quarters. There’s a wine cellar too. The rich parquet floors are made from rare African and South American woods and are set in elaborate designs. Ornate plasterwork ceilings and beautiful fireplaces are but some of the other exquisite features on display.

Then, there’s The Zodiac Room: a study decorated in symbols which reflect Caulfeild’s interest in astrology. It’s all terribly beautiful and harmonious and wonderfully judged. So it should come as no surprise that the Casino is now a popular wedding destination.

Rather intriguingly, eight tunnels lead from the Casino at Marino. However, their exact purpose remains unclear.

One tunnel, which originally connected the Casino to the main house and was later boarded up, was probably used by servants running between the two buildings. There are also rumours that the tunnels were used for target practice during the War of Independence. It’s said, the stonework would have dulled the sound of gunfire.

Apparently, Michael Collins brought his men here to test out sub-machine guns. The tunnels were also used by Irish rebels to hide guns smuggled into Ireland aboard the Asgard in 1914.

Although Caulfeild’s son succeeded him, the Earldom died out in 1837. Subsequently, the Casino at Marino began to fall into disrepair.

A major restoration took place in the 1980s and another revamp was undertaken in 2014. However, some controversy surrounded the latter as conservation architects clashed over the approach taken.

Once upon a time, the erudite and well-travelled James Caulfeild would have enjoyed a series of formidable sea views from his pocket palace. But that was when the surrounding area was still countryside. Today, suburban sprawl means that those views are no longer available.

However, the area still holds the name of the Italian town that Caulfeild adored. Today, Marino is one of Dublin’s smaller neighbourhoods. It features a bustling village, plenty of green space and many of the houses developed on the grounds of Marino House still stand there today.

For locals and tourists alike, a trip to the Casino at Marino still provides a fascinating and visually arresting insight into the life and tastes of a rather fashionable 18th century Earl. It opens to the public from March-October.

Head to its website to plan your visit or check out our things to do in Dublin guide for more sightseeing suggestions.

‘Do you know the Five Lamps?’ If you’ve heard this question before - and been foolish enough to answer in the affirmative - you’ll know not to answer it again. Essentially it’s a peculiarly Dublin way to tell someone to shut-up or to feck-off: ‘Do you know the Five Lamps? Well go hang your bollox off them!’. No one actually knows how this old saying originated. Well, how could they? But hats off to whichever Dublin wit it was who came up with it. Now it’s part of inner city Dublin culture. The lamps in question are in Dublin’s North Strand area, situated at the junction of five streets: Portland Row, North Strand Road, Seville Place, Amiens Street and Killarney Street. There it is, sitting an island in the middle of the road: a decorative five-branched lamp-post.