‘Sunlight Chambers’, it says over the door of the office building at the corner of Parliament Street and Essex Quay. What a lovely name! But why is the building called that?

Facing north across the Liffey, it certainly wasn’t catching many rays when Dublin.ie visited on a day in December. And not many people were taking in the view. They were too busy watching for gaps in the traffic thundering along the quays. As a result, they missed out on one of Dublin’s architectural jewels.

What people should be doing is looking up…

With its arched windows and overhanging eaves, Sunlight Chambers looks like an Italian palace. One built for a cadet branch of the Medici family circa 1500. But hang on a second, what’s with the strange 3D decorations stuck on the walls of the first and second storeys?

There’s nude babies, a donkey, a man building a boat, two men constructing an arch, a bunch of Renaissance-style ladies washing clothes. Plus, observers can see some tilling of the land, some gathering of olive branches and a stove smoking away in the corner. Out of place scenes for Dublin’s city centre. So what’s it all about?

Pat Liddy, a local guide known for his enlightening walking tours of Dublin, told us all about this quirky city sight. “Sunlight Chambers? It’s one of my favourite buildings,” he says.

“It’s also one of the most passed-by buildings in Dublin, which is a shame because what people should be doing is looking up… They should give themselves a few minutes to absorb the beauty of the sculptures and the story they tell.”

Showcasing the story of soap

It turns out the facade tells the history of hygiene. Well, at any rate, that was the brief the sculptor received from Lever Brothers – the British manufacturer famous for its soap.

Archiseek, a website beloved by architecturally-curious Dubliners, states: “Conrad Dressler, a sculptor and potter, was engaged to design and craft the series of four roundels and twelve panels around the three faces of the building. The glazed ceramic friezes were made in 1902 in Dressler’s pottery works in Buckinghamshire”.

When Sunlight Chambers was first unveiled, its exotic ceramics and bright terracotta roof stood apart from the Georgian buildings that surrounded it. At the time, many leading experts expressed their dislike of the Florentine-inspired design. 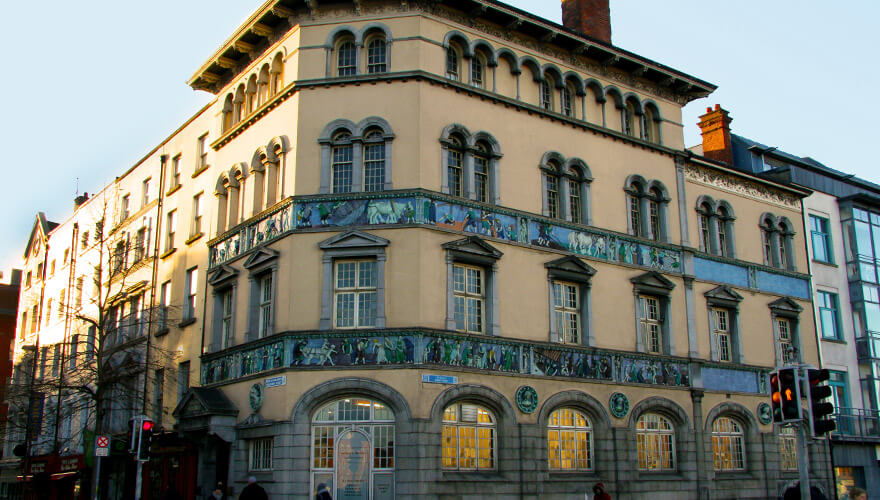 Soap didn’t just inspire the facade’s subject matter; it inspired the building’s name too. Sunlight Chambers is called after the fantastically successful soap of the same name.

Sunlight soap was one of the first to be made on an industrial scale from vegetable oil, instead of animal-derived tallow. It was an invention of Lever Brothers which, since merging with a Dutch margarine company in 1929, has called itself Unilever. That’s the people who currently bring us the likes of Surf, Persil and Lux. In some regions, they still make bars of Sunlight soap too. 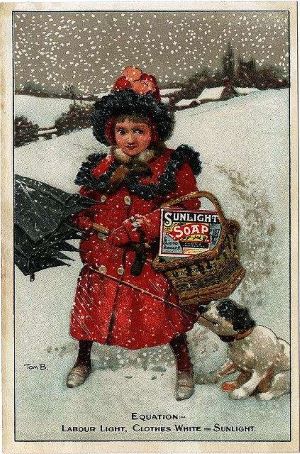 Lever Brothers (actually, only one brother called the shots) gave the name ‘Port Sunlight’ to the firm’s Liverpool manufacturing base-cum-company town. And when he needed a name for the HQ of his Irish operations in Dublin, a variation on the Sunlight theme was inevitable.

So we can look at the whole building as a sort of giant three-dimensional billboard: a permanent, high-quality, highly coloured tribute to the glory of cleanliness. On the other hand, the ship, the stove and the arch are most likely symbolic representations of Lever Brothers’ own efforts to make and export their products.

The remnants of a lost art

“Yes, it’s all for show, of course,” says Peter Pearson, painter and author of Decorative Dublin. “Everything’s on the outside where you can see it; the interiors are very plain”.

Peter’s an expert on those bits of buildings that don’t strictly need to be there but massively enhance our enjoyment of them when they are. Like Pat Liddy, he’s a big fan of Sunlight Chambers. He enjoys the “comic strip” nature of the decorations – and the reference they make to Renaissance art, in particular, that of Italian sculptor Luca della Robbia.

You wouldn’t get so much as a disc or a cube by way of decoration these days.

It’s a shame, he tells Dublin.ie, that this sort of thing doesn’t happen anymore. Today’s architects are very unlikely to treat us to a decorative tour de force. 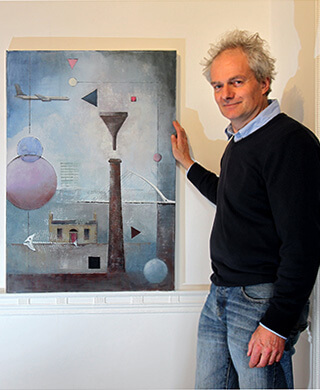 “There’s a fear of using ornament,” says Peter. He points out that ornament doesn’t have to feature a historical subject.

But, he says, “you wouldn’t get so much as a disc or a cube by way of decoration these days – craftspeople don’t get the commissions. Architects feel they have to be as minimal and industrial in their approach as possible”.

One exception to this rule does occur to him, however. The newly renovated Bewley’s Café on Grafton Street certainly isn’t devoid of freshly commissioned ornamentation.

All the same, Sunlight Chambers is a beautiful reminder of an era when Dubliners were treated to craft, artistry and beauty – all paid for out of the marketing budget of an ambitious industrialist.

Sunlight Chambers can be found on the edge of Temple Bar. To discover other sights worth visiting, check out our guide on things to do in Dublin.

‘Do you know the Five Lamps?’ If you’ve heard this question before - and been foolish enough to answer in the affirmative - you’ll know not to answer it again. Essentially it’s a peculiarly Dublin way to tell someone to shut-up or to feck-off: ‘Do you know the Five Lamps? Well go hang your bollox off them!’. No one actually knows how this old saying originated. Well, how could they? But hats off to whichever Dublin wit it was who came up with it. Now it’s part of inner city Dublin culture. The lamps in question are in Dublin’s North Strand area, situated at the junction of five streets: Portland Row, North Strand Road, Seville Place, Amiens Street and Killarney Street. There it is, sitting an island in the middle of the road: a decorative five-branched lamp-post.