An introduction to Dublin’s bridges

From Lucan, where the Liffey gently curves toward Dublin City, to the point where it meets the sea on Dublin’s eastern fringe, the river boasts some 24 bridges. And there are fascinating stories to tell about each of them…

The youngest and the oldest

The newest of the Liffey bridges is the Rosie Hackett Bridge of 2014. A bridge of its time, built of stainless steel and concrete, it caters for the living city and provides a crossing for both pedestrians and public transport.

It is the only bridge within the city’s limits named for a woman. And, in that name, there is a kernel of the history of the modern state and the tale of a heroic woman. 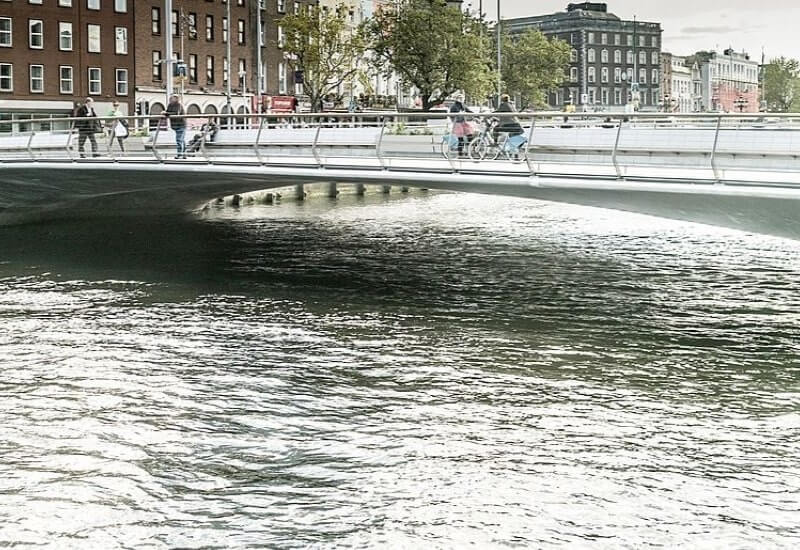 Further inland, the oldest bridge straddles the Liffey in the city’s western suburb of Chapelizod. This four-arch stone bridge dates back to 1753 and has royal connections of old, as well as a more modern, Joycean inspired moniker: The Anna Livia Bridge.

A once record-breaking bridge

The Dublin Liffey’s most far-flung crossing is the Lucan Bridge. Completed around 1814, it is a timeless limestone structurem with cast iron balustrades. It occupies a site where a bridge has forded the river since at least 1200.

Then, nestling around the stretch of river which flows by the site of the old city is the graceful trio of the O’Donovan Rossa, Mellows and Father Mathew bridges. 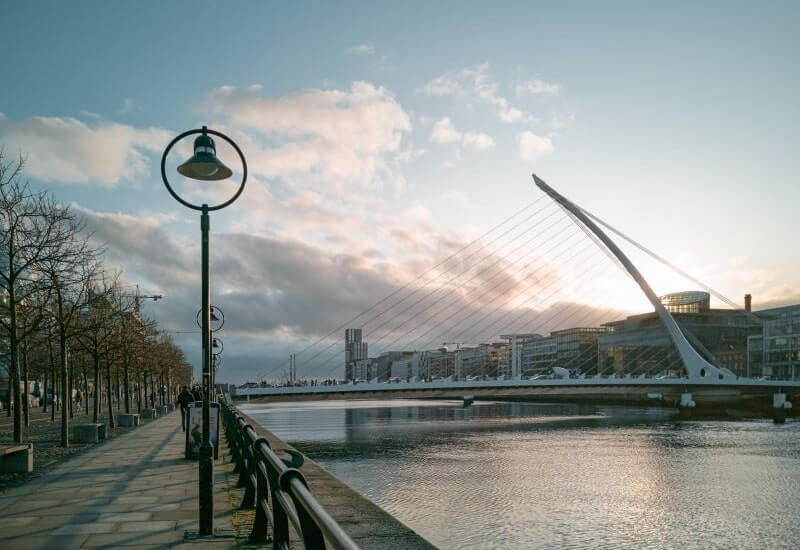 Each one is a three arch, masonry structure with Mellows, dating from 1768, being the elder statesman. Father Mathew Bridge stands at the site of what was once city’s only ford.

And O’Donovan Rossa Bridge could boast, upon its completion in 1816, of being the widest bridge in the city. It was even wider than any of London’s bridges of that time.

Bridges named after the city’s writers

Dublin’s unique literary tradition is celebrated in another trio of namesake bridges: Samuel Beckett, James Joyce and Seán O’Casey. Well-known bridge builders of times past and present are represented here too: Bindon B. Stoney, Alexander Stevens and Santiago Calatrava, to name but a few.

On the other hand, Farmleigh is Dublin’s forgotten bridge. A ghostly Victorian structure, it crosses the river Liffey in a quiet spot near the beautiful Farmleigh estate from which it takes its name. Yet, at one time, it was the embodiment of Victorian innovation and invention built from the funds of Ireland’s richest man of the time – Edward Cecil Guinness of the Guinness family.

The most famous Dublin bridges

More iconic structures pepper the river too. There’s the Ha’penny Bridge of 1816, O’Connell Bridge of 1880 and Calatrava’s Samuel Beckett Bridge of 2009. They’ve come to be international emblems of Dublin, featuring in promotions for the city, as well as countless tourist snaps.

The Samuel Beckett Bridge in Dublin’s docklands is also known for its light shows and has been broadcast around the world as part of 2021’s remote St. Patrick’s Day showcase. 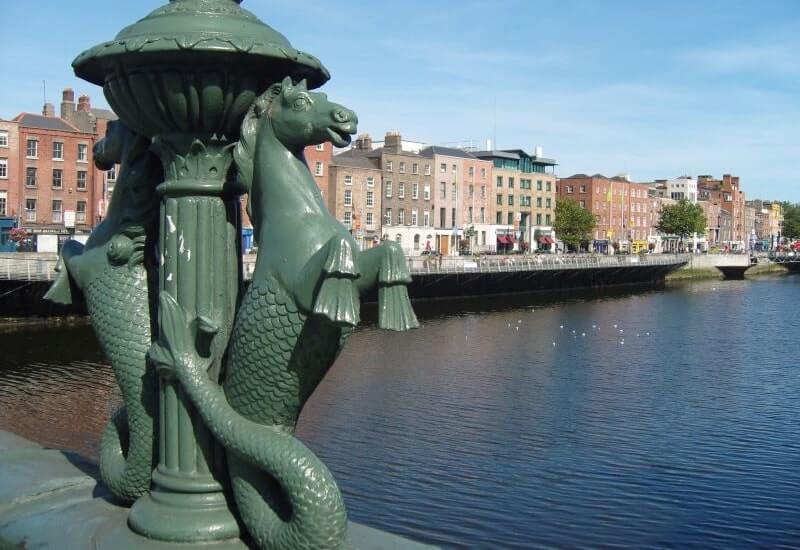 As far back as 1792, Dublin city had worldly aspirations. The quietly elegant structure of Island Bridge is reminiscent of Venice’s Rialto Bridge and was a favoured sketching spot for artists of the day.

The river Liffey has its share of necessary workhorse bridges too. These solid concrete structures belie the innovative engineering and design which underpin them. They include the West-Link bridge and the newly renamed Thomas J. Clarke bridge – previously the East-Link.

All in, the bridges of Dublin are not mere structures, but witnesses to more than a thousand years of Dublin’s history. Through each name, past and present, a piece of Dublin’s history comes to life. Tales of rebellion, patriotism, daring do, romance, greed, corruption and more besides seep from the very fabric of each one.

The Bridges of Dublin, by Annette Black and Michael B. Barry, is published by Four Courts Press. Read more about each bridge on the book’s website too.

Annette is a writer and teacher living in Co. Wicklow. She is the author of the website bridgesofdublin.ie and the accompanying book. She has been written for numerous publications and contributed to Sunday Miscellany on RTÉ Radio 1.

Stand in one spot for long enough and you get to witness some pretty interesting stuff. The ground rumbles beneath my feet with the Luas works and its accompanying symphony of pneumatic drills and heavy machinery, played expertly by men in high vis jackets and hard hats. Lorries laden with cement and rubble pass left and right. Double decker after double decker stream from the quays onto the bridge. The middle-aged woman weighed down with Arnott’s bags runs past me for the stop, panting. Her bus is pulling away. She’s distraught. Maybe she has some sentimental link to that particular bus; another one with the same number is waiting at the lights on O’Connell Street, a minut