You may not realise it, but Capel Street is one of Dublin’s most historically significant streets. It doesn’t appear in tourist guides as much as O’Connell Street or Grafton Street, but it’s definitely worth spending some time here.

The history of Capel Street

Back in the 17th century, Capel Street was a fundamental part of Dublin’s expansion north of the river Liffey by Sir Humphrey Jervis. 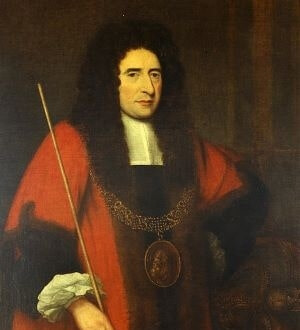 In 1676, he built Essex Bridge – now Grattan Bridge. He then established Capel Street, which stretches from Ormond Quay right up to Bolton Street, as one of the main links between the north and south of the city.

To curry favour with the city’s decision makers, the street was named after Arthur Capell – the first Earl of Essex who was Ireland’s Lord Lieutenant at this time.

In great contrast with today, in the 17th and 18th centuries Capel Street was primarily residential, lined with freestanding mansions, each of which had large gardens and courtyards.

Later in the 18th century, these mansions were replaced by buildings more like what we see today. Residential properties started to become places of commerce and trade, and thus Capel Street transformed.

Capel Street is one of the most unique commercial streets in the city centre today. You’d be hard pushed to find some of the niche shops that line it elsewhere.

There is, for example, a music shop that specialises exclusively in equipment for electronic music, a haberdashery, a tool shop and a store specialising in hemp products. There’s also one of the city’s last remaining independent pet stores – Shauna’s Pet Shop.

Along the street, there are plenty of charity shops, beauty salons, pubs and restaurants too. Many of the businesses here are long established. For example, Lenehan’s Hardware first set up shop on Capel Street back in 1890, while Goodwins Music has been serving the city for over 50 years.

Louis Copeland & Sons is another Dublin institution that calls Capel Street home. The tailor, which has been family-run for four generations, first opened a workshop on Capel Street in 1908. 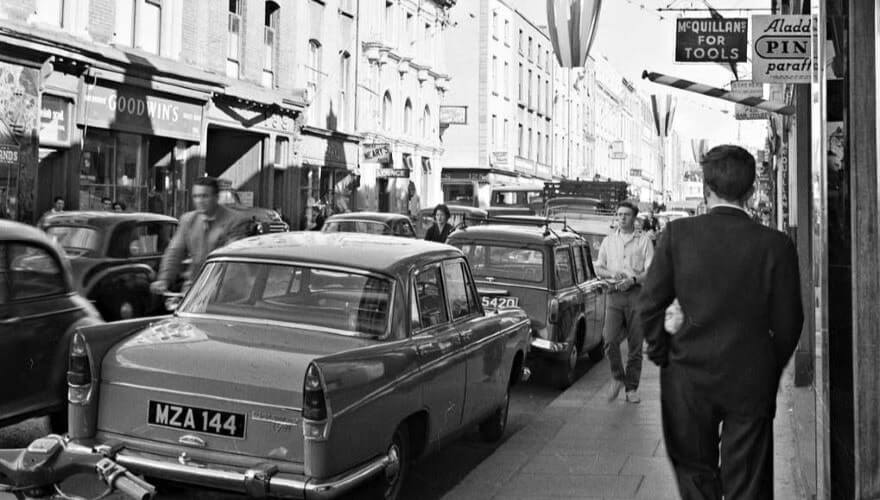 Capel Street isn’t just diverse in terms of its business offering. Slowly but surely, Capel Street has established itself as one of the most multicultural areas of the city. The vast array of nationalities, communities and cultures present here adds to the street’s consuming energy and vibrancy.

At the very top of the street is SEDA College – the English language school. Huge numbers of Brazilians, Italians, Spanish and French students attend classes here – many of whom live nearby. There’s also a fair few Japanese, Chinese and Korean students too.

With around a fifth of its population hailing from abroad, Dublin is a diverse city and Capel Street has become a hub for ethnic eateries and grocery stores.

There are almost no franchise shops along this stretch. Instead, Capel Street is littered with independently owned supermarkets and grocers from around the world.

Some of Dublin’s best Asian supermarkets are found in the area. The largest of these is Super Asian Foods. Here, you’ll find a huge variety of ingredients that aren’t available elsewhere. There’s also a small restaurant to the rear of the supermarket.

A little further up, you’ll find Moldova which sells Moldovan, Romanian, Bulgarian and all manner of Eastern European food. It’s unlikely you’ll find a bigger, more diverse selection of gherkins anywhere else in the city. It’s also home to the largest watermelon we’ve ever seen.

Located at the mid to lower end of Capel Street you’ll find Brother Hubbard and Camerino.

Camerino is a multi award-winning local bakery and coffee shop. It’s a quiet little spot, ideal for escaping at lunch for a seriously tasty sandwich served on freshly baked bread. Their simple menu changes on a daily basis, so you’ll never get tired of it. 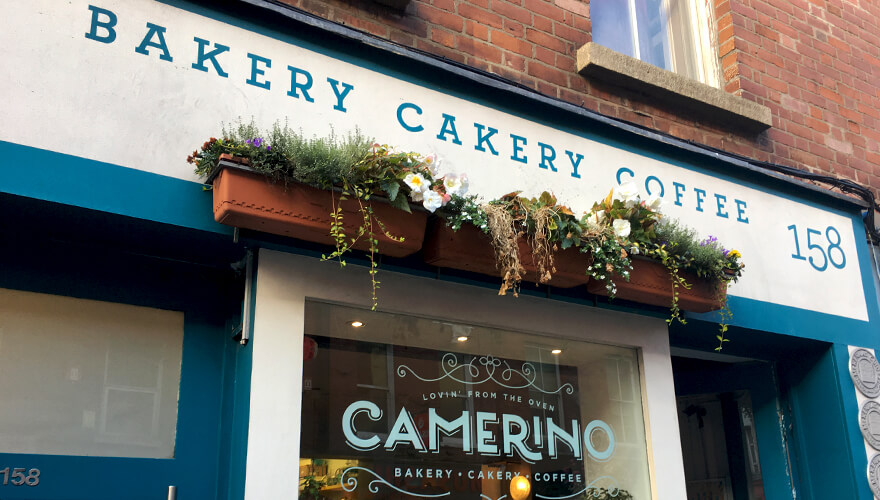 A few doors up is Brother Hubbard. Over the years, it has established itself as one of Dublin’s most endeared cafés – and for good reason. It provides simple, but interesting, food made from scratch. It can entice even the pickiest of eaters through its doors.

Garrett Fitzgerald has released The Brother Hubbard Cookbook to great critical acclaim, drawing people from across the country to try the recipes made at the source.

There’s no shortage of international restaurants either. Some of Dublin’s best Asian food is served here. There’s a number of Korean barbecue spots, half a dozen sushi restaurants and a surprising variety of noodle-based establishments.

Try Aobaba for Vietnamese food, Arisu for Korean BBQ, Hilan for Chinese dishes and Musashi for Japanese noodles and sushi.

Capel Street restaurants are booming right now – and this is unlikely to change any time soon. During the pandemic, eateries were given outdoor seating and this is set to continue as Dublin City Council has decided to permanently close off most of the street to cars.

This makes Capel Street the longest pedestrianised road in the city – longer than both Grafton Street and Henry Street. The area is set to be transformed once again. 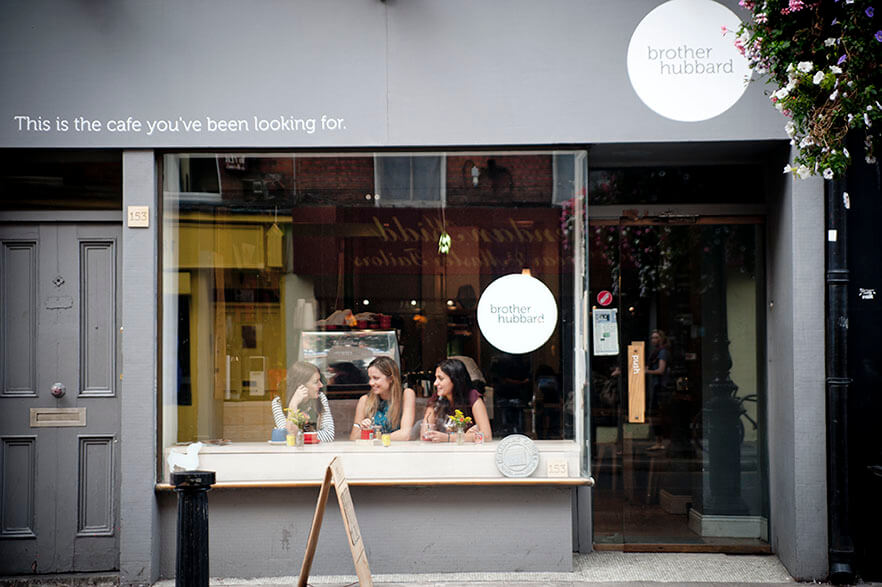 Capel Street pubs come in all shapes and sizes too. You’ll find traditional Irish bars alongside cocktail bars, gay bars and bring-your-own-beer eateries. There’s even a dry bar, which only serves non-alcoholic ‘mocktails’, as well as a New Orleans-inspired one.

Located at the lower end of the street, you’ll find Dublin’s famous Pantibar. Its bright aesthetic and accompanying neon sign are iconic for the city’s LGBTQ+ community and the bar has become a cornerstone of Capel Street. Every summer, this is where you’ll find the biggest post-Pride street party.

Directly opposite is Jack Nealon’s, which has operated as a pub since 1905. A large open-hearth fire and gold-gilded ceiling are stand out features of its gorgeous interior. 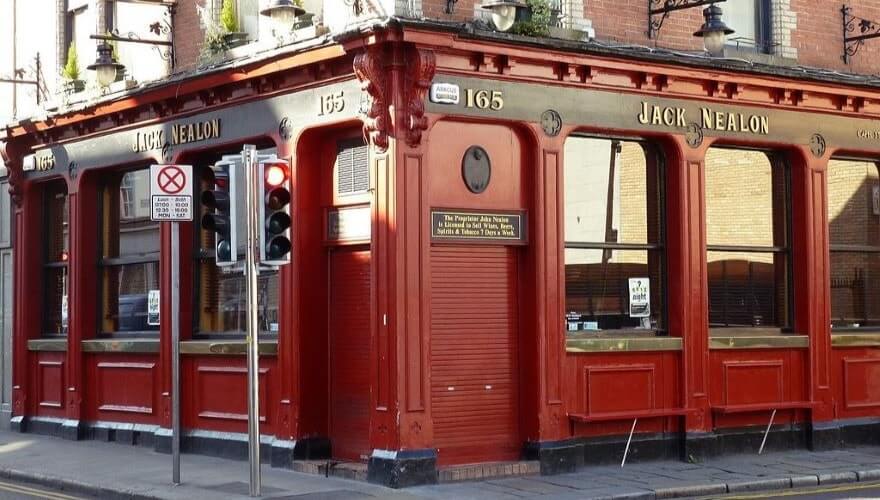 Located mid-way up the street, J. McNeill’s is a beautiful, traditional Dublin pub. It’s a favourite among locals and a great location for live trad music. It’s also a music shop! This is the perfect place to bring the Sunday newspaper and enjoy a quiet pint of plain.

To see pubs like McNeill’s at home opposite Asian supermarkets, charity shops and adult boutiques is to gaze at the pumping heart of Capel Street. That’s why it’s one of the most beloved and famous streets in Dublin.

New to Dublin? Check out our guide to the city’s neighbourhoods.

The Liberties in Dublin is one of Ireland’s oldest and most vibrant neighbourhoods and, for Amy Sergison, it’s part of her family history. She revisited the area to explore its evolution. A local’s guide to The Liberties The Liberties is one of Dublin’s oldest neighbourhoods having been around in one way or another since the 12th century. In my memory, this is where my Nana lived and my Dad grew up. A neighbourhood full of nostalgia I have very fond memories of visiting my Nana on Basin Street. We would know we were close in the car, even if our eyes were closed, because we could

Francis Street is going through some big changes these days, subtle and quiet as they might be. The area is providing a home to new bars, restaurants, and shops. But mostly it’s filled with antique shops, and antiques have been the main business round here for quite a while now. “I opened about 16 years ago,” said Patrick Howard, of Patrick Howard Antiques, “though Francis Street itself has been filled with antique shops for almost 30 years.” Patrick was a fashion designer before he got into the antiques game. “I did that for most of my life, and when I got tired of it I

Stand in one spot for long enough and you get to witness some pretty interesting stuff. The ground rumbles beneath my feet with the Luas works and its accompanying symphony of pneumatic drills and heavy machinery, played expertly by men in high vis jackets and hard hats. Lorries laden with cement and rubble pass left and right. Double decker after double decker stream from the quays onto the bridge. The middle-aged woman weighed down with Arnott’s bags runs past me for the stop, panting. Her bus is pulling away. She’s distraught. Maybe she has some sentimental link to that particular bus; another one with the same number is waiting at the lights on O’Connell Street, a minut