The Liberties in Dublin is one of Ireland’s oldest and most vibrant neighbourhoods and, for Amy Sergison, it’s part of her family history. She revisited the area to explore its evolution.

A local’s guide to The Liberties

The Liberties is one of Dublin’s oldest neighbourhoods having been around in one way or another since the 12th century. In my memory, this is where my Nana lived and my Dad grew up.

A neighbourhood full of nostalgia

I have very fond memories of visiting my Nana on Basin Street. We would know we were close in the car, even if our eyes were closed, because we could smell the hops from Guinness.

I remember Greta’s shop (sadly, it’s gone today), where the floor sparkled like diamonds and jars filled with sugar barley stood tall on top of glass counters filled with treats. I’m sure there were essentials like bread, milk and lightbulbs too, but I only had eyes for the sweets.

Coming back today, so much has changed, but so much is still the same. The Liberties is still full of the same distinctive atmosphere and its cast of charming characters remains in place – albeit with a few more hipsters in the chorus.

This is the real Dublin: historic, yet modern, and a bit rough around the edges. There are tourist staples to be seen – the Guinness Storehouse, Christ Church and St. Patrick’s Cathedral. However, alongside them, new distilleries, markets, cool pubs and hip cafés now sit comfortably too. 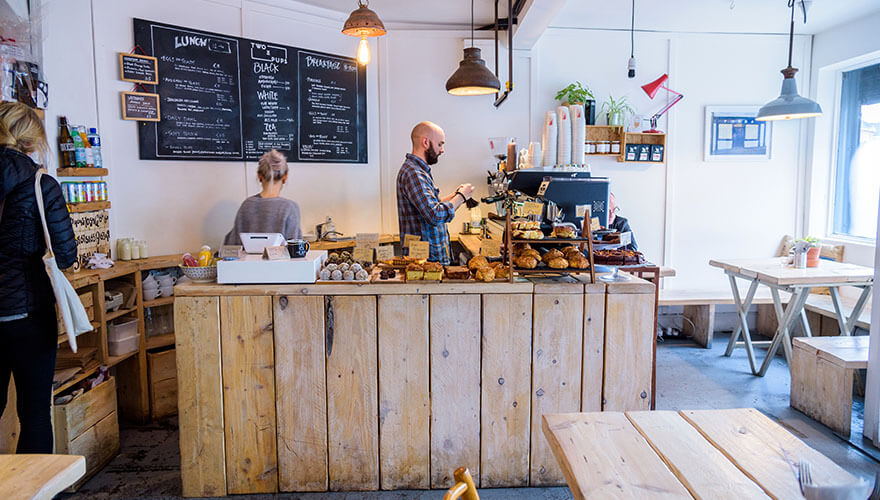 If you can’t function without your morning coffee or that millennial favourite, avocado toast, look no further than Two Pups Coffee on Francis Street. This spot is living up to its hype. It serves rich coffee, delicious food and hosts yoga classes upstairs, in case you’re feeling flexy after your caffeine fix.

The Liberties have obvious connections to brewing through Guinness but the area’s links to distillation may be less well known. The Teeling Distillery, now located in New Market Square, has links to the area since the 18th century when it was part of Dublin’s Golden Triangle. This was an area of the Liberties that was home to the world’s biggest whiskey distillery, as well as countless smaller distillers.

Today, Teeling prides itself on blending the science of distillation with the art of cask selection to create whiskey worthy of the area’s heritage. Distillery tours run daily from 11am – 5:40pm. 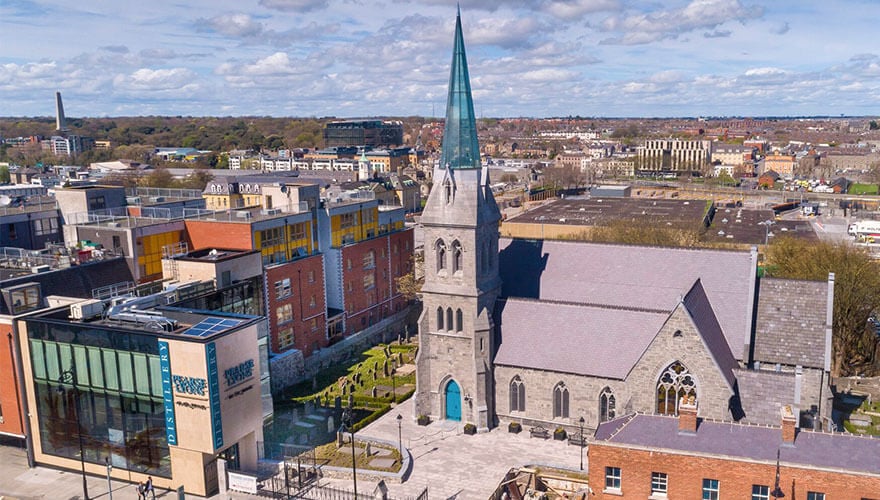 The most recent addition to the area’s distilling culture is the Pearse Lyons distillery. Transforming the former St. James’ Church, its glass steeple and bespoke stained glass windows alone are worth a visit.

Tours here run on the hour and it also offers more intimate experiences, like whiskey and food pairings or cocktail classes.

The buzz in Liberty Market is unlike anywhere else in the city.

The Liberties is a haven for those who want to shop locally. The famous Liberty Market has been around since 1973 and is known for its “real bargains and real people”. It is among the best markets in Dublin.

The buzz here is unlike anywhere else in the city. The stallholders vary from permanent fixtures to recent immigrants. Each of them has a smile for every customer and a story to tell.

At the Digital Hub on Thomas Street, We Love Markets has begun to host a monthly Sunday flea market. Here, you’ll find furniture, bric-a-brac, vintage clothing and other secondhand items for sale. There’s lots of hot dishes, artisan food and great coffee on offer too.

On Patrick’s Street, Jam Art Factory gives Irish artists a platform, selling everything from prints through to jewellery and ceramics. While nearby Francis Street is known for its collection of antique stores and vintage shops. You’ll find DineTown serving up street food here too.

What’s new isn’t taking away from the area’s unique character.

After a busy day exploring the Liberties’ distilleries and markets, there is no better place to wind down than Lucky’s bar. Lucky’s has a great selection of craft beers and delicious wood-fired pizza, courtesy of Coke Lane Pizza. There’s a beer garden to make the most of those rare sunny Dublin days and DJs to send you bopping into the night on the weekends.

The Liberties has changed a lot but what’s new isn’t taking away from the area’s unique character. Instead, it’s enhancing it. There is one thing I’m glad hasn’t changed though… When the wind is blowing the right way, you can still smell the hops from Guinness.

New to the city? Check out our beginner’s guide to Dublin neighbourhoods.

When Justin Timberlake’s parents were there, where was Justin? This is a legitimate question when you look up at the Leo Burdock's Hall Of Fame. Justin’s parents are listed on the wall, while he himself is notably absent. The chipper is renowned for pulling in big names and listing them proudly on its wall. Spandau Ballet, Ray Charles, Ben Kinsley, even Edith Piaf. A possible supergroup? Bruce Springsteen was there just a few months ago. And he’s been before – the Boss is known for his love of fish and chips. They pull in other names too. Local ones, maybe less well known, who come time and time again.

The 8th Edition of HALFTONE Print Fair will be hosted in November 2022 HALFTONE is the ideal place where to get to grips with a diversity of printing techniques while discovering new work for your collection or finding an excellent present. It is a great opportunity to purchase fantastic artworks at enviable prices! HALFTONE is an initiative by PhotoIreland hosted every year at The Library Project. Every edition, the fair brings together a large selection of works by established and emerging artists, showcasing Ireland’s exciting Art scene. Come and enjoy a great selection of artwor

Luke is a classic tale of survival, adventure and friendship. Meet the handsome, if somewhat lived-in looking Luke (voiced by Barry Hopkins) and his sidekick Mairéad (Mairéad Folan). Together they negotiate the perils of the Irish education system, the dance floor, love, and loss. Luke has always been the guy Mairéad could lean on but can their unique bond survive the ultimate challenge? Luke is a comic yet moving play that asks some tough questions about society, how we perceive ourselves and others. Luke has been created in partnership with Town Hall Theatre, Galway and axis: Ballymu

This is the twelfth edition of Ireland’s only art book fair takes place from 24 November — 04 December 2022, sponsored by Henry J Lyons. The Dublin Art Book Fair Guest Curator for 2022 is Rosie Lynch, Creative Director of Workhouse Union. This year's theme for Dublin Art Book Fair 2022: A Caring Matter, considers ideas of care and the role of publishing, both formal and informal, in building communities of solidarity and belonging. The programme of events will explore the role of care in society through diverse perspectives and experiences. DABF is the centre for contemporary artist