“The Abbey is your national theatre. We are here to tell your stories.” These were the words of Neil Murray, recently appointed alongside Graham McLaren as one of the Abbey’s new directors.

And the Abbey itself has long been part of our city’s story. Nestled in the bustle at the heart of Dublin 1, amidst the comings and goings from Busaras and Connolly station, the Luas clangs past its door, and the Liffey’s squawking seagulls are within earshot. President Michael D Higgins regularly attends opening nights, a straight run for him down the quays from the big house in the park. The last time I wandered down that direction, there was a man selling antiques from a van down a lane beside the stage door. It’s not everywhere you can haggle over an old lamp on the way to the theatre.

Live for a while in Dublin and your life will become punctuated by trips to the Abbey. An intimate space with 500 seats, but less elbow jostling with your neighbour than other theatres, there isn’t a bad seat in the house. And the drama does not belong exclusively to the stage. 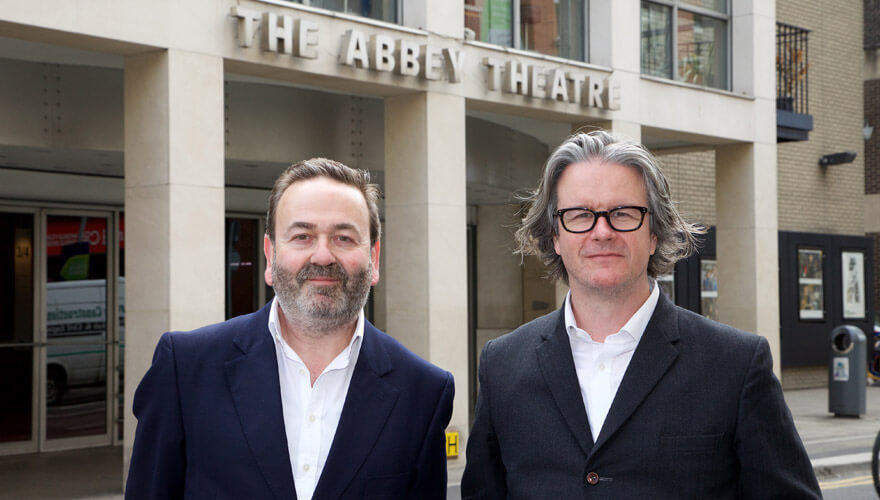 Born out of the Irish Literary Theatre founded by Yeats, the theatre opened its doors for the first time in the cold of a December night in 1904 “to bring upon the stage the deeper emotions of Ireland”.

In 1907, Synge’s Playboy of the Western World led the crowds to heckle and balk at the version of themselves they saw on the stage. “The frenzy that would have silenced [Synge’s] master-work was, like most violent things, artificial, that defence of virtue by those who have but little . . .” Yeats said.

The plays are not the only art housed here. In the busy bar, there are paintings by John B Yeats and Louis LeBroquy

In 1924 with the founding of the Irish Free State, the Abbey became the first state-subsidised theatre in the English speaking world. In July 1951, a great fire consumed the building but it was resurrected in contemporary buildings on the same site.

The plays are not the only art housed here. In the busy bar, there are paintings by John B Yeats and Louis LeBroquy. There is art too in the small accidental conversations that happen at the interval, or over in the Flowing Tide pub after the show.

And the Abbey’s days as a place of protest are not over. The Waking the Feminists movement sprung up last year in reaction to the under-representation of women in the Abbey’s programme, something which the new directors are keen to address in the 2017 programme ‘What Happens Next is This’.

Generations of Irish actors and playwrights continue to thrive in the shadow of the national theatre. We’ve seen O’Casey, Beckett and Friel, and we will soon see Enda Walsh and Emma Donoghue.

Actor Pat Laffan, of The Snapper and Father Ted, was a fixture of the Abbey Theatre Group in the 60s and 70s. Speaking of the inevitability of his acting career, he tells of how, in the Abbey’s early days, his uncle would have marks on his forehead from leaning against the bars in the gallery every night. He knew the plays by heart and he’d tell Pat’s mother the stories. “I remember her telling me, when I was three or four, lines from plays like Playboy…”

Everyone knows the Abbey. If you were pretending to be sick as a child, you were called an ‘Abbey Actor

For young Dublin actor and playwright, Shaun Dunne who’s had roles in successful Irish films like What Richard Did and is associate writer for theatre collective ‘Talking Shop Ensemble’, it was a fortuitous spot on an Abbey inner city outreach program when he was just ten years old that set those wheels in motion. By age 11, he got a part in Jim Nolan’s Abbey production of Blackwater Angel.

Growing up in Dublin 1, the Abbey was very much in Shaun’s eye line. “Everyone knows the Abbey. If you were pretending to be sick as a child, you were called an ‘Abbey Actor’…” His parents were “very excited for me to be working there because it is an institution. People have a relationship with it in terms of just their own psyches, regardless of whether they buy a ticket and go in. People would meet there, and my da would’ve known just from growing up in the inner city himself all the Abbey actors…” His dad used to sell newspapers in front of the Abbey. Shaun laughs that interviewers always latch on to this anecdote, but how could they not? The poetry of it is too tempting; what it says of Dublin and its shape-shifting landmarks that mean something different from one generation to the next.

Later, Dunne returned to the Abbey again as part of its New Playwrights Programme and was the first graduate to premier a play there in October 2014. ‘The Waste Ground Party’ centres on an estate which is opening a new playground on the site of an old waste ground, while some residents continue to dump their black bins there. Theatre for Shaun is bound up with community and what’s happening in the here and now. “It made sense for my play to be put on because the play is of that area in a really visceral way. I think that was something I could bring, the now of that territory, the space that theatre occupied…bringing the now of that space onto the stage.” 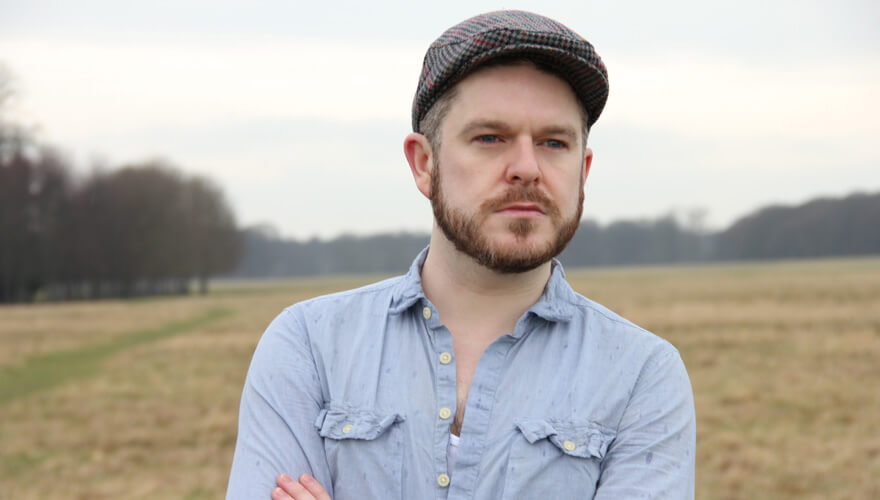 Dunne’s relationship with the Abbey is ongoing. He is working with its community and education department on a community project with people living with HIV.

For Dublin playwright Philly McMahon, one half of theatre company THISISPOPBABY, “The Abbey has kind of been there from the start.” Ten years ago, The Abbey’s Aideen Howard saw a play he staged on the dancefloor of the POD niteclub, “She called me into the Abbey and said ‘let’s talk, what do you want to do, what’s your plan?”

The weight of the Abbey’s history was always with him. “You become part of the history of the place and you want to have a positive impact and feel like you’re pushing the art form. For the likes of myself and Shaun Dunne who come from similar backgrounds, I think it feels quite important for the likes of us to be in there and talking about working class stories…I think we’re really trying to chip away at the notion that theatre is elite, and show people a really good time.”

You walk up the side stairs of the International Bar. On Wicklow Street. You stroll into a dark room. You pay a fiver. You instantly hear laughter. You’ve just made the smart move to go the Dublin Comedy Improv. Going since 1992, DCI is a true institution, a little gem in the city. Kicking off at 9pm, it’s been up there adding big grins to grim Mondays for 25 years. I’ve seen a lot of lesser acts labelled ‘cult’ over the years. But this crew earn the accolade. Looking at these dudes