The evolution of Dublin’s creative spaces

In recent years, Dublin has lost some of its most important creative spaces to a building boom that’s reminiscent of the Celtic Tiger era.

Block T and South Studios were both closed down in 2016 with a significant loss of square footage for artists, photographers, designers and writers. Since then, The Joinery, Moxie Studios, Monster Truck and Richmond Studios have all followed suit.

Our vision was to create a unique, shared workplace in Dublin city centre.

In their place, however, a new generation of coworking spaces have come along. And many of them are aimed specifically at servicing Dublin’s creative communities.

Although they have been abundant in many European capitals for years, coworking spaces are a relatively new arrival in the Dublin property market. So, before we investigate them, let’s explain.

What exactly is ‘coworking’?

These days, many people in the creative industries are independents or freelancers. They are not tied to one particular organisation or company.

Previously, many would have worked from home as the cost of renting offices could be prohibitive. However, a coworking space offers these independents the opportunity to come together and lease a small amount of space – often just a desk – in larger premises. Costs are shared, making the arrangement more affordable.

Such environments foster opportunities for collaboration between like-minded people, further adding to their attraction. The concept’s growing popularity has also made owning and managing coworking spaces a very workable business model, creating an industry in its own right. 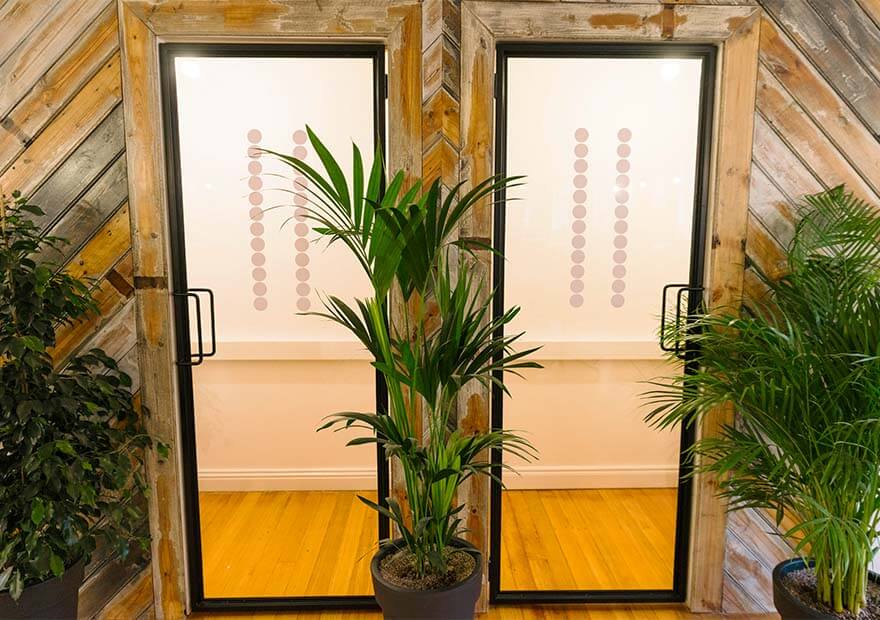 One of Dublin’s coworking spaces is located at the heart of the city on Tara Street. Easily recognisable because of its colourful façade, courtesy of the artist Maser, this is the brainchild of landlord, Luke Keily.

It has a gallery space on the ground floor that hosts various exhibitions throughout the year, a print studio, an impressive roof terrace, a suite of offices and, of course, a coworking space.

Keily previously lived in London and Berlin where coworking spaces are much more widespread and was determined to find a use for the building that not only had a social ethos, but was also financially sustainable.

The coworking model is relatively new and The Tara Building is one of the first to target the creative community. Its members don’t always need an easel or a block of marble to chip away at. Sometimes all they need is a laptop and a small amount of desk space. 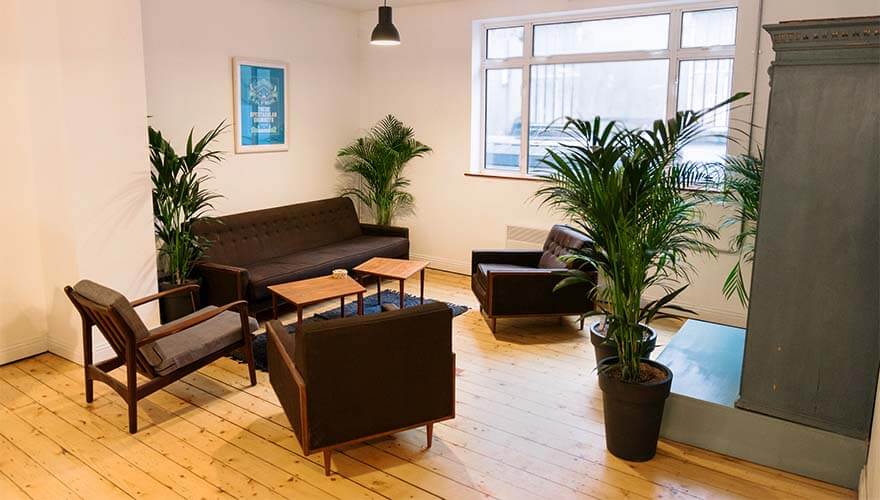 And it’s not just affordability that attracts people to coworking spaces. Although it’s now entirely possible to work from home, many people choose not to.

That’s because the idea of having colleagues is still a compelling one. We all need someone to talk to during the day, to share in our little tribulations and celebrations. Collaboration is a natural consequence of our need to share.

At The Tara Building, there’s a big focus on community because the management understands that it can be a big draw. Here, there’s a constant feeling of things simmering and the community atmosphere is built organically.

It’s an attractive prospect, especially to new arrivals to the city. They can instantly find themselves surrounded by a community of workers from different disciplines, but with a shared focus.

It spent 14 years as an artist’s studio, curated by Joe Coveney and his partner, John O’Connell. Now, they have repurposed and relaunched it as a coworking space. We spoke to Joe about the motivation behind the move.

We want to grow a community of freelancers.

“Our practices have developed and our vision for Studio 9 has grown,” he explains. “Our career paths meant that we had the opportunity to live and work in many countries. Taking inspiration from this we relaunched Studio 9 as a creative, shared workspace.”

He continues: “Our vision was to create a unique, shared workplace in Dublin city centre. We want to grow a community of freelancers, a network of individuals who develop their own projects or work collaboratively.”

Other creative coworking spaces in Dublin

Other coworking spaces catering specifically to the needs of artists and creatives include The Fumbally Exchange, a relocated Block T and CoCreate. Then, there’s the Chocolate Factory which offers both studios and shared spaces.

The traditional office space as we know it is becoming less and less relevant. Even larger companies are choosing coworking spaces that have some shared vision rather than opting for dedicated offices. They too see the benefit of having a mix of disciplines and goals in the same shared space.

Although the industry stumbled during the Covid-19 pandemic, it seems to have a big future in the city of Dublin.

Learn more about the city’s work culture with our guides to working in Dublin.

We all know Grand Canal Dock as the home of Google but, unbeknownst to many, tucked among the tech giants is a building where ancient crafts are still practiced. At The Design Tower, seven stories of studios play host to jewellers, fashion designers, conservationists, sculptors and more. In our series exploring The Design Tower, Dublin.ie meets long-time resident Elizabeth O’Kane. She is a sculptor and painter, who has worked at The Design Tower for almost 20 years. She tells us about her path to art, her cra