Opera could save the cinema – or kill itself

Who likes the trailers? For many film fans, the previews of upcoming films are an integral part of the cinema experience.

In recent years, however, most cinema-goers will have noticed a new phenomenon: less trailers for upcoming films and more for live opera and theatre, which is beamed into cinemas across the world.

Cinemas love it. It attracts an older, wealthier demographic and often at times of the day when the cinema might not be very busy

But who goes to the cinema to watch live opera and theatre? Actually, quite a few, says Christopher Morris, a professor of music at Maynooth University, who has been researching this phenomenon. His work is exploring whether live opera in cinemas is bringing the medium to a whole new audience or whether it marks the beginning of its end.

Live opera broadcasts really began in 2006 when cinemas moved to digital, he explains, and it has become an established cultural practice. “Cinemas love it. It attracts an older, wealthier demographic and often at times of the day when the cinema might not be very busy; a simultaneous live cast from the Met in New York might be at 6pm on a Saturday evening. Ticket prices for the opera can be around €25 per person, whereas a cinema ticket might be just €10.” 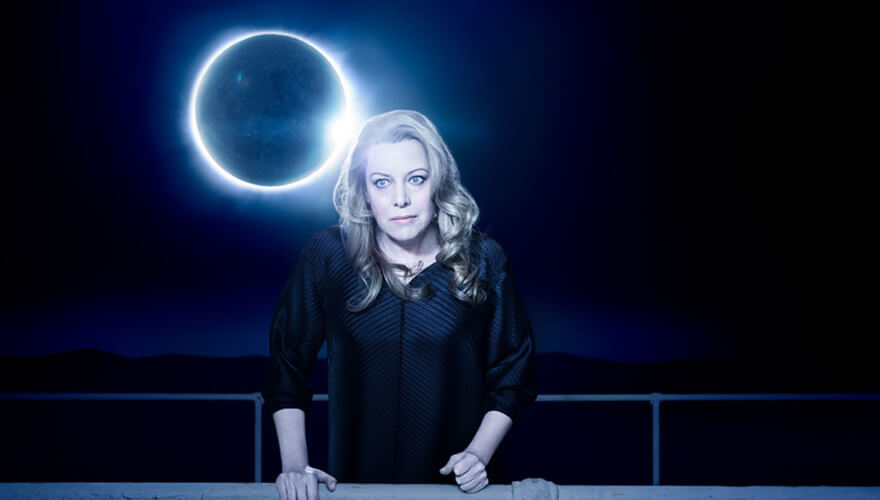 Morris first encountered opera in the cinema at a screening in Dungarvan, Co. Waterford, at a show which also attracted people from Cork. In Dublin, the Lighthouse in Smithfield was one of the first cinemas to come on board and, over time, the bigger chains signed up. Classical Arts Ireland has been a major supporter and funder.

Live opera typically has two 20-minute intermissions, which means audiences are returning to the foyer looking for refreshments, and these can be wine and cheese as opposed to soft drinks and popcorn

When Movies at Dundrum opened back in 2005, it was deliberately designed to evoke the grand and spectacular feel of a 1940’s cinema experience.

Opera screenings are a good fit for a place like Dundrum because they are so much closer to an old-fashioned cinema experience than the average blockbuster, says Morris. “Live opera typically has two 20-minute intermissions, which means audiences are returning to the foyer looking for refreshments, and these can be wine and cheese as opposed to soft drinks and popcorn.”

It might be good for cinemas, but what does it mean for opera? “Opera companies would say that it is mainstreaming opera and creating a wider audience,” he says. “This has yet to be proven, and there is a theory that opera screenings are stealing audiences who would typically go to regional theatre. There’s also a suspicion that livecasting is affecting how opera directors cast singers; because of the presence of cameras they are now considering body shape, image and ability to act instead of just voice and stage presence. The singers are also more aware of cameras and close-ups on the big screen and can be more nervous.”

Art-forms have long adapted to new mediums. Opera has been broadcast on television since the 1960s, and was once common on the BBC. It’s still seen on state broadcasters across the world including Japan and Germany, but it generally became less commercially viable and moved towards being released on VHS and DVD. And before all of this, some fans expressed concern about opera being broadcast on the radio.

“Now, there are purists who have all sorts of problems with it being on TV, on DVD or in the cinema but, back then, filming hardly changed it at all,” says Morris. “Barrie Korsky, the director of the Komische Oper in Berlin, which is one of the most progressive and daring opera houses, says that livestreaming and cinema opera is not the medium’s future, but a marketing tool that represents the death of it; he feels that it is a special thing to have the real live experience, where the human voice comes from the speakers, but from this human body at this point in time.” 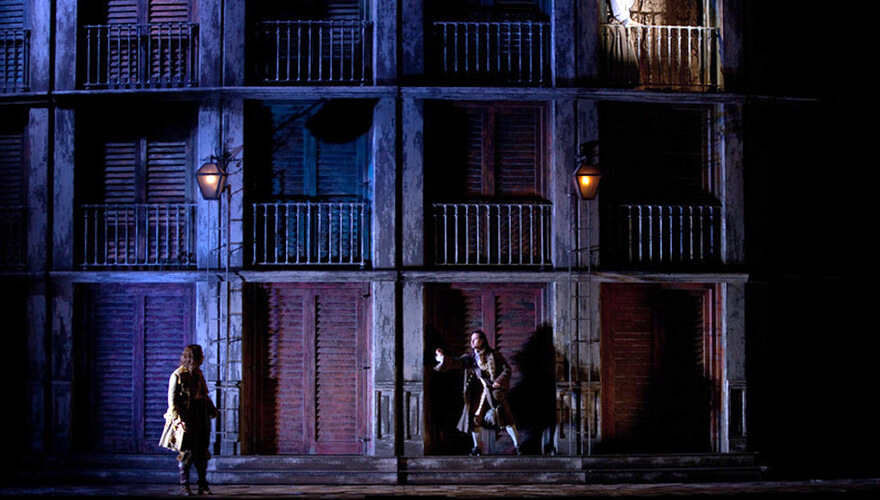 Other directors disagree and say that it is creating a wider audience, and the big opera houses, such as the Met in New York, have benefited from cinema sales, even though their own director worries they may end up cannibalising their live audience.

Morris’s own interest in opera has led him to explore the origins and development of the genre, and he has learned that the very concept of being silent and attentive at the opera or in the theatre only began around the 1870s; before then, people commonly talked through the performance, ate, played chess or backgammon, and walked in and out of the room.

Opera has always had a certain trashiness that certain audiences found vulgar. The plots were quite popularised and there was a certain element of snobbery towards opera

Today, opera is seen as a highbrow experience, but it wasn’t always this way. “Opera has always had a certain trashiness that certain audiences found vulgar. The plots were quite popularised and there was a certain element of snobbery towards opera. It was for rich people, yes, but rich people who were not so bright. Indeed, I was taught the same snobbery, that a good music student goes to the audience and listens to chamber music, whereas opera was seen as just spectacle. But then I began dating an opera singer and I couldn’t believe what I saw: this was very far from second-rate.”

His research has led him to some other interesting observations. “I’m interested in how much the audience itself participates in the live event. Some of the cinema audiences applaud at the end of the performance and some don’t. Opera in the cinema can be compared to watching sport on TV: you get the live-action feel in the stadium but, at home, you get better sound and vision, as well as close-ups of key moments.”

Morris is keen to carry out more research on this topic, and he points out that the re-imagining of the cinema space also opens doors to other forms of event cinema. Music festivals such as Glastonbury and Electric Picnic, already screened on TV, could work well on the big screen, and sports games could be an electrifying experience on the big screen. As streaming and piracy eats into cinema audiences, is this how we can save Dublin’s cinemas?