Renata Sperandio is the director of the Istituto Italiano di Cultura Dublino, the Dublin branch of the Italian cultural institute.

Renata, from Belluno in the Veneto region of Italy, has been in Dublin for three years. She has another three to go before her next posting. And, God bless her, she’s learning Irish – with the help of Duolingo, the well-known Irish language learning app.

‘Duolingo’s on my phone too’, says Dublin.ie. ‘It’s terrific.’ ‘Is it?’, asks Renata. ‘Well, yes it is’, I explain. Duolingo does an excellent job indeed. But it’s got its work cut out for it – because, make no mistake (or make lots of them), Irish is not a straightforward language to learn.

there is this image of Italy that belongs to tradition: art, culture, history, food, nice weather. So it is a little bit stereotyped

Italian, by comparison, is an absolute breeze – at least according to Renata. When I ask her why I should learn it, she doesn’t hit me with the usual remarks about a language’s practical utility or career-enhancing potential. ‘Because it’s a beautiful language. It’s easy. It’s good fun’, is her refreshingly simple answer. ‘And we enjoy people making mistakes’. I duly make a mistake in the pronunciation of a famous Italian word: Ferrari.

‘Fey – rahr – ree’, she corrects me. ‘It’s simple: you pronounce every letter you see: you see what you get, you get what you see.’ I repeat the sounds, vowel by vowel: ‘Fey – rahr – ree’. I’m loving the sound I’ve just succeeded in making. Now I know how to say ‘Ferrari’! ‘Yes’, says Renata – ‘Now you know how to say it. And you don’t have to repeat it 100 times to remember it either!’ 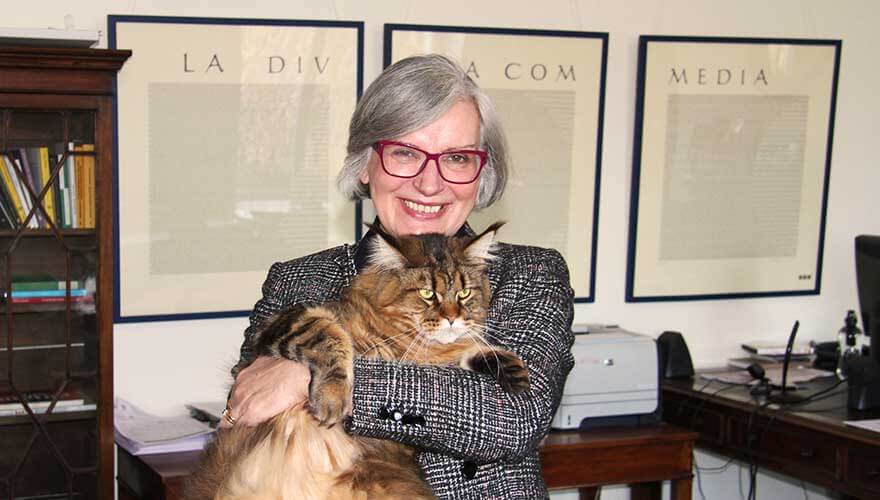 I feel like an Italian. I feel like Marcello Mastroianni in a Fellini film. But that’s a bit of a cliche, isn’t it? And we are somewhat prone to stereotyping other people’s countries, aren’t we? ‘Looking at the people who come to language classes here’, she says, ‘there is this image of Italy that belongs to tradition: art, culture, history, food, nice weather. So it is a little bit stereotyped.’

But, she points out, ‘stereotypes are not always falsifications of reality. They have roots in reality. And I think that the extent of Italian history and its variety is something that people find very appealing. People are also fascinated by how old our language is. It is essentially the same now as it was 700 years ago. The language we speak is the same one that’s used in books from centuries before our time.’

The sheer beauty of Florence and Venice and Rome exists to a great extent because that’s what we did: we absorbed what others had to say

By way of example, she points out a print that’s hanging on the wall behind us. It includes the entire text of Dante‘s Divine Comedy – all 32,000 words of it. ‘It is a difficult text’, she says, ‘and a few words you find there would be difficult to understand for an average Italian, but at the same time, the structure is there, and the first line would be perfectly comprehensible in today’s Italian.

‘So the language has remained’, she goes on, ‘there is a unity across centuries. And this sense of continuity and connection between the past and the present is something people are very intrigued by’. And yet, like Ireland, Italy is a very young nation, I point out. ‘Yes’, she agrees – ‘and like Ireland, we have an ancient language. But unlike Ireland, we are not an island; we are a peninsula.

‘So what?’, I wonder. Renata explains: ‘well, there are the Alps that separate us, but at the same time, the Mediterranean has been, for a very long time, a connection more than a separation. It has flooded us with different identities. It was a network; it connected north, south, east, west, Africa and Northern Europe. And they’re all there. So you have the Arabs in Sicily – and the Normans too – and you have the Germans in the north’.

‘Yeah, but they were all fighting each other, presumably?’, I say. ‘Yes, sometimes this led to bloodshed,’ she says. ‘But it also led to a culture which is unique. It has brought Italy identity through differences’. There’s a lesson there for anyone who wanted to listen to it, I suggest.

It has brought Italy identity through differences

‘Yes there is’, says Renata. ‘Difference brings diversity, wealth, improvement. Look at the art we had. Look at the literature and the identity is there. It’s not that you are losing your identity by listening to somebody else. You filter their contribution through your identity, and that makes it richer – there was this immense wealth there, and it’s because we listened to other people, we absorbed what they had to say. The sheer beauty of Florence and Venice and Rome exists to a great extent because that’s what we did: we absorbed what others had to say.’

When I ask how much of an influence Irish culture has on Italians, Renata’s answer is comprehensive and highly deferential to a whole tradition of Irish writers who apparently go down a storm – starting with Dublin.ie favourites Joyce and Beckett and encompassing many others including Flann O’Brien. 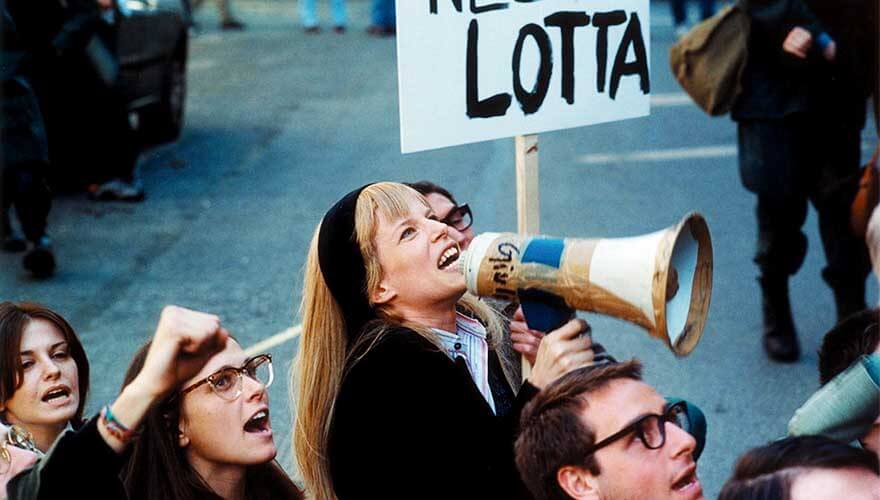 Film night at the Istituto – a scene from La Meglio Gioventù.

That writer’s great comic novel The Poor Mouth has been recently translated into Italian with great success. ‘We had the translator here at the Istituto’, says Renata, ‘ and he read his translation from The Poor Mouth and we were all just on the floor laughing. Although it was in Italian, it worked all the same’. (Be warned, however, that less people end up on the floor when Italians read Beckett: ‘we get the serious stuff but we tend to miss the funny part.’)

The Istituto continues to be a great host of many other meetings between Irish and Italian cultures. Renata mentions its regular Italian film night, its musical evenings and its annual Bloomsday celebration in particular. Irish president, Michael D Higgins, has been a guest here too. A keen Joycean, he attended an event dedicated to an on-going Italian translation of Finnegans Wake. ‘It was fantastic to see the president of a European country there, says Renata, sitting among the public. He wasn’t like a regular politician, trying to score rhetorical points. He was asking real questions out of genuine interest’.

So if you fancy getting in touch with your inner Italian like Dublin.ie – and maybe hanging out with our poet-president – you know where to come.

Today we’re meeting Victor Andresco and Laura Martín, director and cultural officer respectively at the Dublin branch of the Instituto Cervantes, the international Spanish language and cultural organisation. Dublin is a place that is somehow familiar to the Spanish, Victor reckons. It’s not exotic or strange, he says – and he means that in a good way. Spanish people often send their children here to learn English, he points out. His Dublin taxi driver might very well own a holiday home in Spain. And there are other links, too. “We Spaniards feel very close to you”, he says, “s

On the morning that I visit the Royal Irish Academy, they’re testing out the new Luas on Dawson Street; empty carriages move by while people take time to stop and take in Dublin’s ever-evolving cityscape. The Royal Irish Academy has been located at 19 Dawson Street since 1851 when it moved from its Grafton Street origins to the more spacious Academy House. Sandwiched between Saint Anne’s Church and the Mansion House, you have probably walked past its elegant exterior hundreds of times and assumed that whatever happens inside has nothing to do with you. But the Academy wants you to know that it has. Pauric Dempsey, the Head of Communications, meets me in reception