Have we had enough of Joyce? Never!

All is quiet on a sunny morning on Dublin’s North Great George’s Street when I make my way to Number 35. The Georgian building has housed the James Joyce Centre since 1996 – when the building was valiantly saved from demolition through the efforts of Senator David Norris, who is also a resident of the street.

The house was once the location of a dance academy run by Professor Denis J. Maginni – a colourful Dublin character who appears often in Ulysses. He is described as wearing a “silk hat, slate frockcoat with silk facings, white kerchief tie, tight lavender trousers, canary gloves and pointed patent boots”. 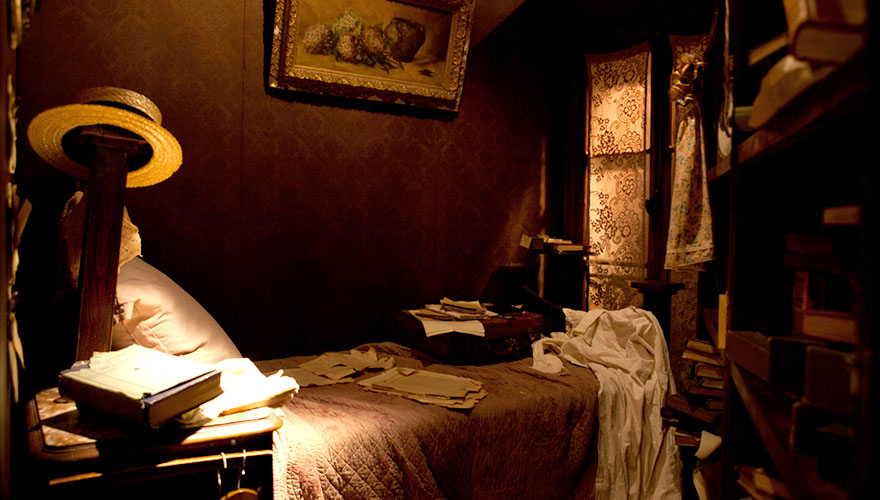 In the reception, shelves heave with various versions of Joyce’s works and already visitors – young, old and international – have begun to arrive.

The carpeted staircase showcases various portraits of the writer and, in the grand light-filled Kenmare Room on the first floor, the walls are lined with bold prints by Irish printmaker Frank Kiely. They include vibrant scenes from Joyce’s A Portrait of an Artist as a Young Man re-imagined in contemporary settings.

This is part of the centre’s role: to continue to connect Joyce with contemporary Ireland.

A key part of the James Joyce Centre’s role is to safeguard Dublin’s Joycean legacy. And a key way to do this is to help and encourage modern Dubliners to explore, enjoy and relate to his work.

His portrayal of Dublin is hardly Fáilte Ireland-endorsed. However, at the same time, all of his major works are based here. He also made huge efforts to describe the city in great detail and capture the way Dubliners speak, so its hard not to appreciate his work once you delve in. 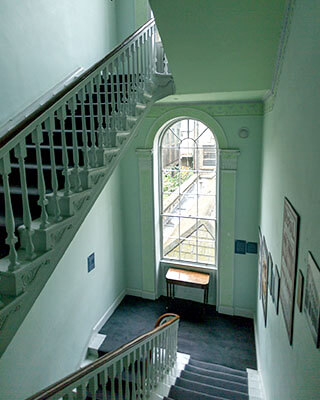 Nevertheless, Joyce’s life was one of self-imposed exile. He felt that, as an artist, he couldn’t achieve what he wanted while staying in Dublin.

However, that’s something a lot of Irish people can relate to because of the nation’s history of emigration.

Prior to 2006, the James Joyce Centre pitched itself to an academic audience. Now, it also accommodates those for whom Joyce’s work is about getting dressed up and going to Davy Byrnes for a pint, as well as those reading Ulysses for the first time.

Among the more than 20,000 visitors that the James Joyce centre welcomes each year, there are large numbers of Irish-Americans and Irish-British visitors who relate to Joyce’s idea of exile. However, there’s a surprising number of Italians visitors too.

Joyce spent time living in Trieste, but a lot of Italian children also read Dubliners in school. It was one of the earliest works translated into Italian, so it was on the curriculum for many years.

One aspect of legacy is allowing the work to flow out into popular imagination.

As for the locals, June’s Bloomsday festival is when the centre suddenly sees more Dubliners get involved.

The centre’s exhibitions and programmes

The team at the James Joyce Centre makes a concerted effort to run events that will appeal to this broad audience. Walking tours are a big draw for Dubliners, tourists and academic readers alike – as are tours of the centre itself.

Then, there’s also an annual lecture series. These talks cover a wide array of topics, but every year there is also a reading programme entitled ‘Ulysses for All’. It commences on Joyce’s birthday and runs through the whole book just in time for Bloomsday.

If you look into his life he was actually a shrewd self-promoter.

Joyce’s works are best read with other people – particularly Ulysses and Finnegans Wake. The more people with diverse backgrounds and knowledge take part, the more their meanings can be unravelled.

And so part of the James Joyce Centre’s goal is also to provide a stress-free environment for examining Joyce’s work. And a hub where readers can connect.

What would Joyce think of it all?

And what would Joyce make of the dressing-up and horseplay of Bloomsday? According to Mark Traynor, co-author of Written in My Heart: Walks through James Joyce’s Dublin and former director of the James Joyce Centre, he’d be content.

“On one level he presented himself as being above self-promotion,” he says. “Believing the work should speak for itself but, if you look into his life, he was actually a shrewd self-promoter”. 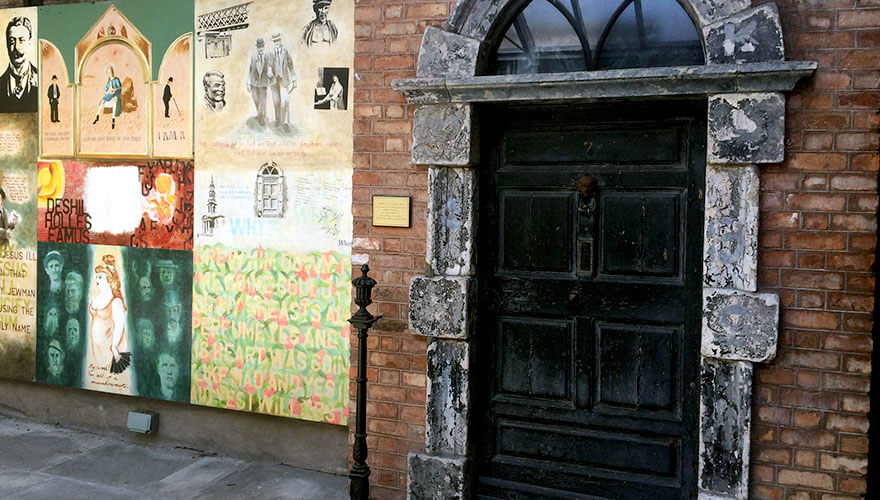 Most people think the first Bloomsday happened in Dublin in 1954 – with Patrick Kavanagh and Flann O’Brien. However, the first celebrations actually took place in Paris and are mentioned in letters in the 1920s. And then there was the organised lunch in 1929, in which Joyce himself was involved.

“There’s a sense that he was playing it cool but, if you look at the letters from that period, he is wondering if the book is ever going to have a readership,” explains Traynor. “Is it just going to be something a small group of people appreciate and then die off? He had those anxieties. And he recognised that one aspect of legacy is allowing the work to flow out into popular imagination.”

While he was highly praised by academics, Joyce always believed that ordinary Dubliners would be able to open up Ulysses and recognise elements of their city. They’d understand what its about and recognise familiar characters, as well as the political and musical references.

On the top floor, the blinds are drawn and the floorboards creak as I wander around a subtle exhibition. This allows visitors to bring their own quiet thoughts to the space.

Here is a recreation of Joyce’s study in Trieste. You’ll see furniture from the apartment of Joyce’s friend Paul Leon. And the gleaming table where Joyce worked on translations of Finnegans Wake with friends. 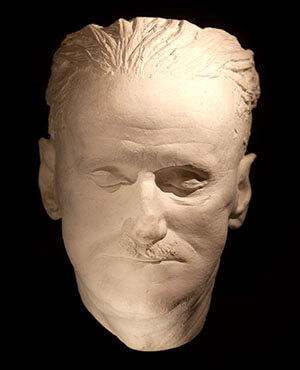 Through interactive computer installations, you can explore Joyce’s biography or Ulysses episode by episode. Or sit quietly and watch the documentary films that play out in a darkened room. Here, Joyce’s stark death mask by sculptor Paul Speck also looks out from a lit glass cabinet.

On the walls, quotes loom large from Ulysses: “Hold to the now, the here, through which all future plunges to the past.”

And then the pièce de résistance is in the ground floor courtyard: The door to 7 Eccles Street – the residence of the fabled Leopold Bloom.

Rescued from a skip after the house was demolished, here it is set into a wall under a glass roof. Sunlight pours in on the weathered ghostly relic. It looks like a door to another world.

For more info or to plan a visit, head to the James Joyce Centre’s website.