On the morning that I visit the Royal Irish Academy, they’re testing out the new Luas on Dawson Street; empty carriages move by while people take time to stop and take in Dublin’s ever-evolving cityscape.

The Royal Irish Academy has been located at 19 Dawson Street since 1851 when it moved from its Grafton Street origins to the more spacious Academy House. Sandwiched between Saint Anne’s Church and the Mansion House, you have probably walked past its elegant exterior hundreds of times and assumed that whatever happens inside has nothing to do with you. But the Academy wants you to know that it has.

Pauric Dempsey, the Head of Communications, meets me in reception and leads me up the cold back staircase of the building to the staff offices. “There’s a touch of upstairs-downstairs to this bit,” he laughs. He explains to me what being a member of the Academy is all about. It is, in essence, a Hall of Fame for Irish academics.

For the five hundred elected members, “It’s the highest academic distinction in Ireland. You have to be a world leader in your area to become a member of the academy, so it’s on your scholarly output, the articles for journals, the books you produce. These are Ireland’s leading contributors to the world of learning.” It is across disciplines, humanities, sciences, and social sciences and members include the likes of Mary Daly the historian, Patrick Honohan, the economist, presidents Mary Robinson and Mary McAleese.

the Government want communities to come together and say, this is what we believe

The Academy was founded in 1785 with the purpose of being of service to society, to promote scholarship. “And that’s a great remit because it’s so broad,” Pauric says. A recent high-profile project of the Academy was Women on Walls. In attempting to provide a counterpoint to the fact that institutions like this tend to line their corridors with sombre paintings of old men, the Academy commissioned paintings of women, some who were members of the Academy in the past, but also paintings of brilliant young up-and-coming scientists. 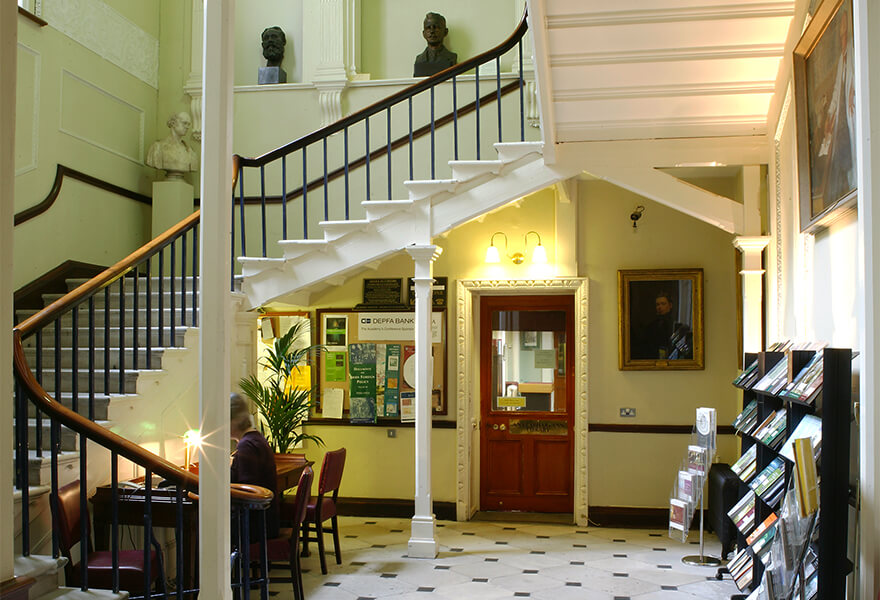 The Inner Hall of Academy House.

Pauric recalls the conversation that sparked the project. A discussion about how more women could be encouraged to become involved in STEM (Science, Technology, Engineering, Maths) led one woman to look around the Academy’s walls. “She saw all these elderly men and said, there are no women on the walls here. And that was the trigger. I’ve worked at the Academy for years and I never realised that. And I’m the Comms guy and I should know that. I was annoyed at myself that we hadn’t done anything about it before. I contacted the National Gallery and said I need paintings of women members of the Academy. They had one and I got that.” Then, he decided they would need to commission more.

This is how the Academy seems to work. It is an “ideas factory”, managing a number of projects at any given moment. One of their most notable is The Dictionary of Irish Biography, which is nine volumes long and contains eleven thousand biographies dating back to Saint Patrick. “We published it back ten years ago now and now we’re updating it. It’s online and hard copy. It includes everyone from Irish society from the beginning to present day who had an impact on society, sportspeople, politicians and businessmen, but also characters like Bang Bang and the Diceman.”

The Academy has also just completed a definitive work on the history of Irish art, The Art and Architecture of Ireland, five volumes long. “The Academy is the place where those projects tend to happen because it is where the academic community come together and say, ‘we need this’.” Here, the academic community can present as one voice, without any accusations about the pursuit of personal glory. In seeking public funding, “the Government want communities to come together and say, this is what we believe.”

At the moment, the Academy is considering the centenary of female suffrage. Women voted for the first time on the 14th of December 1918. “We’re commissioning the poet Eavan Boland to write a proclamation poem on female suffrage and the idea is that she will read it at the opening of the UN General Assembly in September 2018 and then in Leinster House.” (Eavan Boland’s father, Freddy, was President of the UN in the 1960s.) 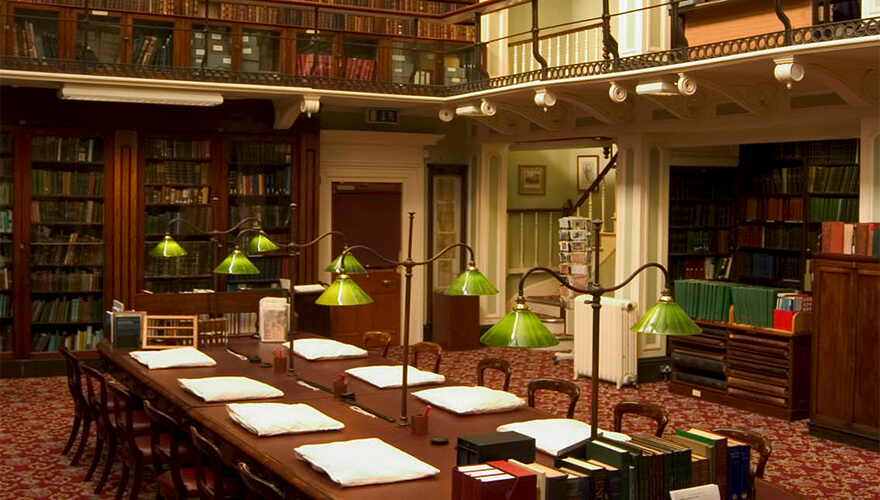 Pauric is aware that the Academy can be an intimidating place to visit: “If you are a young woman and you aspire to be a scientist and you come into a building like this or a university or any of these institutions and all you see is old men looking down at you, you think, maybe this isn’t the place for me.” But he has seen a change since the Women on Walls project, which has now been taken up by the Royal College of Surgeons. “We keep saying on social media, ‘come in and see this painting’. And there’s a troop of people still coming in. It’s about making people feel welcome and included”.

The Academy is open every night of the week. “Last night we had a Hanna Sheehy Skeffington lecture. There are exhibitions in the library practically all the time.” Upcoming events include human rights conferences, discussions of Shaw’s legacy, lectures on the obesity crisis. The research library holds the largest collection of Irish manuscripts in the world, including the Book of Uí Mhaine, one of the most important manuscripts of late medieval Ireland.

The Academy is also the oldest publisher in Ireland. “This year, we’re publishing a biography of George Bernard Shaw, ‘Judging Shaw’. That’s about taking scholarship the taxpayer has paid for and making it accessible to the general public. We did Judging Dev, Judging Lemass. And in the New Year, we’re doing Carson and Redmond.” I point out that they are all men. Dempsey agrees. “It’s about the iconic figures. I must think about which women we would do.” The Women on the Wall theme, he says, is impacting on the overall thinking in the Academy.

Thousands of people came through the halls of the Academy on Culture Night and “it’s important for people to feel like the Academy is for them. Since 1785, the Academy holds annual discourses. This year we have Mary McAleese, William Campbell the Nobel Laureate, Catherine Dave the former Secretary General of the European Commission, we have the President of the Royal Society. You are getting the opportunity to hear incredible people talk about the work that they do.” 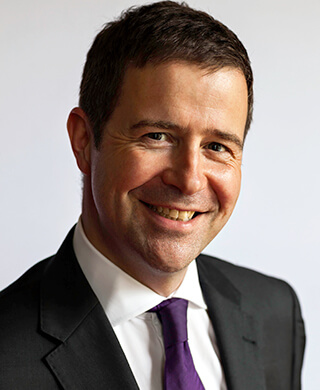 The Academy also contributes to the Digital Repository of Ireland and it has a programme devoted to making documents on Ireland’s foreign policy from 1918 up to today available to the public. Documents that demonstrate the attitude that Ireland adopted, in terms of neutrality for instance, or with regard to joining the UN. And because it is a cross-border organisation, it’s currently involved in work commemorating the Belfast-born quantum physicist who disproved Einstein, John Bell.

“I’ve made science cartoons for children, I’ve made television documentaries, I’ve made radio programmes,” Pauric says, explaining the variety of the work here. He hopes to have a portrait painted of all 114 women who have been elected to Dáil Éireann between 1919 and today, “Countess Markievicz to Clare Daly, to tell that story of women’s involvement in national politics.” Dempsey hopes the painting would travel around universities and become a discussion point.

Leaving the building, we go down the main staircase and into the Thomas Moore Library. One wall is lined with Moore’s books. Other walls are adorned with paintings of older men; the Academy founder, James Caulfield, the Earl of Charlemont, Samuel Haughton who, slightly chillingly, altered the technique for hanging criminals so it was more humane. In the reception, lined with the colourful paintings of Tim Robinson, there is a constant stream of traffic as people come in from the street, to use the library, to attend a conference, or to consider both the men and women on the walls.

On a quiet corner in Stoneybatter, behind a quaint but unassuming shopfront lies renowned Dublin publishing house, Lilliput Press. The door is wide open when I arrive, and the sunshine falls in on a room lined with bookshelves. Two men sit on a sofa by the window, leaning over a coffee table covered in books. The door of founder Antony Farrell’s office sits ajar, and inside there is the busyness of a thoroughly active office; heaped manuscripts, teetering book stacks, handwritten letters taped to the wall. After he ensures I have a coffee and a bit of fruit to snack on, I sit on a chair in amongst the chaos of the heaving room. Antony sits behind his desk, peeling a mand

It’s still early in the morning when I walk up the steps to the National Library. Standing on the porch, through the fence I can see the TDs totter up the path next-door, folders underarm, heading into the Government Buildings. This Kildare Street building has housed Dublin’s main public reference library since 1890, and in Joyce’s A Portrait of the Artist as a Young Man, he describes students gathering here to smoke and chat. Inside, it is quieter than even a library should be although there are a few eager types waiting in the lobby. A cleaner polishes around the bronze bust of Senator Mi

Every year, tens of thousands of people from over 130 countries come to study in Ireland’s universities, institutes of technology and colleges. What’s bringing them here and why are they choosing Ireland? Sheila Power is director of the Irish Council for International Students. She points out that overall statistics for the number of international students are hard to pin down, but says that we need to broaden the conversation out. Ireland is an attractive destination for international students because it is perceived as friendly and safe “Ireland is an attractive destination for in