On a quiet corner in Stoneybatter, behind a quaint but unassuming shopfront lies renowned Dublin publishing house, Lilliput Press.

The door is wide open when I arrive, and the sunshine falls in on a room lined with bookshelves. Two men sit on a sofa by the window, leaning over a coffee table covered in books. The door of founder Antony Farrell’s office sits ajar, and inside there is the busyness of a thoroughly active office; heaped manuscripts, teetering book stacks, handwritten letters taped to the wall.

After he ensures I have a coffee and a bit of fruit to snack on, I sit on a chair in amongst the chaos of the heaving room. Antony sits behind his desk, peeling a mandarin orange. “I love it,” he laughs, looking around him. “We’re a bookmaker, that’s what we do. We’re thirty-two years in the game.”

Finding no work in Dublin when he graduated from Trinity in the seventies, Antony headed to London and worked as an editor for eight years. He married and came home to Ireland to raise his children and founded Lilliput in 1989 in Westmeath. He bought Lilliput’s current premises on Sitric Road in 1994. It was simply “the first stop in from Westmeath. And near the Park. And you could buy a house for £8,000.”

Trusting our instinct to publish works that we want future generations to read, simple as that.

The impetus to establish Lilliput came from a desire to “publish the kind of books I wanted, and wanted my children, to read. Like many publishers, I’m a frustrated writer. So I know what good writing is.” He hasn’t quite abandoned his own. He keeps journals and writes “very erudite blurbs.”

From the outset, Lilliput was all about “the quality of the writing. We began with wonderful authors.” He mentions his first coup, essayist Hubert Butler, whose work he came across while working as a reader for Dublin’s Wolfhound Press. “I said to Seamus Cashman, you’ve got to publish it and he didn’t think it would have a market. I was setting up Lilliput, and I had his blessing so I went down to meet the author and we spent a year creating the first book. I first published him when he was 85 in 1985. Banville called him the best essayist, the peer of Orwell.”

The publishing industry is a ruthless one, so what is the secret of Lilliput’s long life? “Trusting our instinct to publish works that we want future generations to read, simple as that,” Antony says. “One in eight books makes money if you’re lucky.” He is thankful for the financial “cushioning” from the Arts Council and the “occasional sponsorship from foundations for a particular kind of work.” 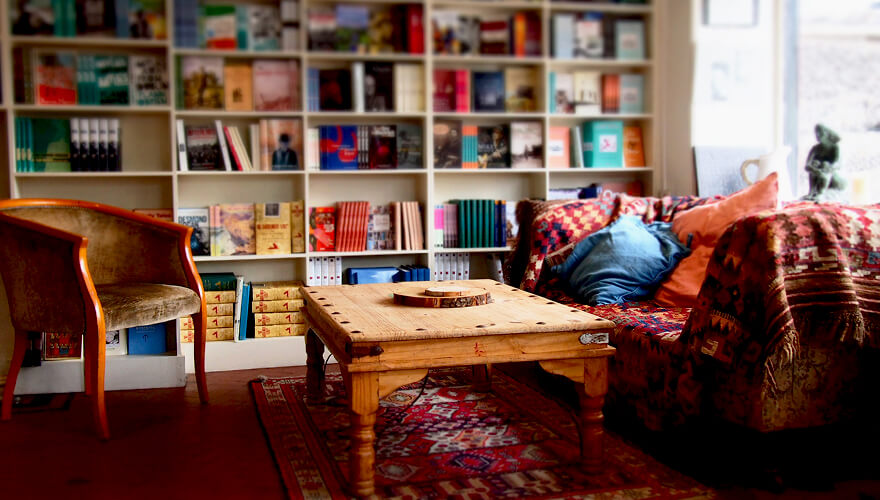 Images courtesy of The Lilliput Press.

He has seen changes over the years, however, particularly in “people’s attention spans. This screen obsession… but a book is a reflective space, and it gives you time for memory to work, and it’s a beautiful artefact. That will never change. I like the craft of book making. The page, the layout, how work speaks to you, where you were when you read it. It’s tactile; tactility is very important in activating memory. It’s kind of magic. One in eight books makes money if you’re lucky. Most people in publishing are in it for the love of it; they’re not in it for the money.”

Lilliput Press has published what are considered to be the definitive editions of Joyce, both Ulysses and Finnegan’s Wake. “Thanks to a genius textual editor called Danis Rose. We did the first Dublin edition of Ulysses in 1997, and that was a proud moment. It’s gone through many mutations, Joyce was never happy the way typesetters garbled it. We got as close as we could to what he wanted.”

On the publishing list for the next year is JP Donleavy, who wrote The Ginger Man in 1955 to a great furore. “He is giving us his new novel, and it’s exciting stuff.”

You are looking for the voice. The style is what preserves things.

I remark that he seems to take great pride in his older authors, in discovering writing that may have otherwise been lost. Age is irrelevant. “You are looking for the voice. The style is what preserves things.” It is evident too that Antony values his relationships with his authors highly. “They become close friends. It’s like a marriage.” That said, Lilliput has its share of younger writers, Rob Doyle (“his radar is perfect”), Elske Rahill.

I remark that he seems to take great pride in his older authors, in discovering writing that may have been otherwise lost. Age is irrelevant. “You are looking for the voice. Style is what preserves things.” It is clear too that Antony values his relationships with his authors highly. “They become close friends. It’s like a marriage.” That said, Lilliput has its share of younger authors, Rob Doyle (“his radar is perfect”), Elske Rahill.

It’s a tough but very pleasurable profession. “Everyone returns a call to a publisher.” Many large publishers tend not to take books unless they come through agents, but Lilliput has “an open door policy. It takes a lot of energy, but it’s worthwhile because you find the Donal Ryans of this world. The innovative people often get spurned.” 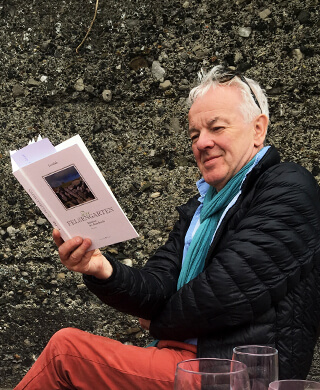 How does he feel about the new Stoneybatter that has developed around his offices? “All these houses were built by an old artisan dwelling company in the 1900s. There’s coherence about it; it’s a fulcrum.” And they’ve had some formidable neighbours over the years: John McGahern, and also Colm Toibin, before “he got his American advance and moved to a Georgian house on the south side,” he laughs. “But my goodness, he built up his work. He gets up at 6 am and goes to the desk. Millennials don’t do that sort of thing, on the whole, they want easier routes. Even Donleavy, he took six years to get his book published. The young generation needs affirmation and immediate returns.”

Antony shows me hefty new manuscripts with pencilled edits on every line. “This level of involvement is dying out”, he says. “There is something still to be said for the heart-and-soul small publishing houses, that ‘one person’ who can make the decisions. With corporations, things have to go through so many committees.”

He has in his time rejected books that have gone on to great commercial success, but he’s pragmatic. “I don’t mind at all because there’s so much out there that I want to publish. You’ve got to love [a book]. Without that integrity, all is lost.”

It’s still early in the morning when I walk up the steps to the National Library. Standing on the porch, through the fence I can see the TDs totter up the path next-door, folders underarm, heading into the Government Buildings. This Kildare Street building has housed Dublin’s main public reference library since 1890, and in Joyce’s A Portrait of the Artist as a Young Man, he describes students gathering here to smoke and chat. Inside, it is quieter than even a library should be although there are a few eager types waiting in the lobby. A cleaner polishes around the bronze bust of Senator Mi

Creative Writing Postgraduate Programs have long been a staple of the academic world in the United States. Prominent writers, among them Raymond Carver, David Foster Wallace, and Joyce Carol Oates, have worked as creative writing professors since as far back as the seventies. Yet despite Dublin’s literary heritage and wealth of authors, it has only recently come to be recognised as a centre of excellence for such courses; now it attracts scores of hopeful young writers from around the world every year. “You can’t teach people to be creative. You can only accelerate the pace at which people are developing creatively, which is a very different matter.” These are the words of

Have we had enough of Joyce? Never! All is quiet on a sunny morning on Dublin’s North Great George’s Street when I make my way to Number 35. The Georgian building has housed the James Joyce Centre since 1996 when the building was valiantly saved from demolition through the efforts of Senator David Norris, also a resident of the street. The house was once the location of a dance academy run by Professor Denis J Maginni, a colourful Dublin character who appears often in Ulysses, described as wearing a “silk hat, slate frockcoat with silk facings, white kerchief tie, tight lavender trousers, canary g