Creative Writing postgraduate programmes have long been a staple of the academic world in the US. Prominent writers like Raymond Carver, David Foster Wallace and Joyce Carol Oates have all worked as creative writing professors since as far back as the seventies.

Yet, despite Dublin’s literary heritage and wealth of authors, it has only recently come to be recognised as a centre of excellence for such courses. Now, it attracts scores of hopeful young writers from around the world every year.

“You can’t teach people to be creative. You can only accelerate the pace at which people are developing creatively.”

These are the words of Professor James Ryan, the director of UCD’s creative writing programmes – including its Masters course, which started in 2006 and now receives applications from all over the world.

One of the bigger pulls for me was the fact that I was going to be studying in Oscar’s house.

UCD has a long association with some of Ireland’s greatest writers – James Joyce, John McGahern and Maeve Binchy among them. Its successful MA applicants will go on to work with revered writers, such as distinguished playwright Frank McGuinness, who is a Professor here, and internationally acclaimed novelist Colm Tóibín, who teaches part-time.

Alumni also include Colin Barrett, author of the searingly popular Young Skins and winner of The Guardian First Book Award. “The people who come to us are already creative writers, who really wish to hone their craft,” says Ryan. 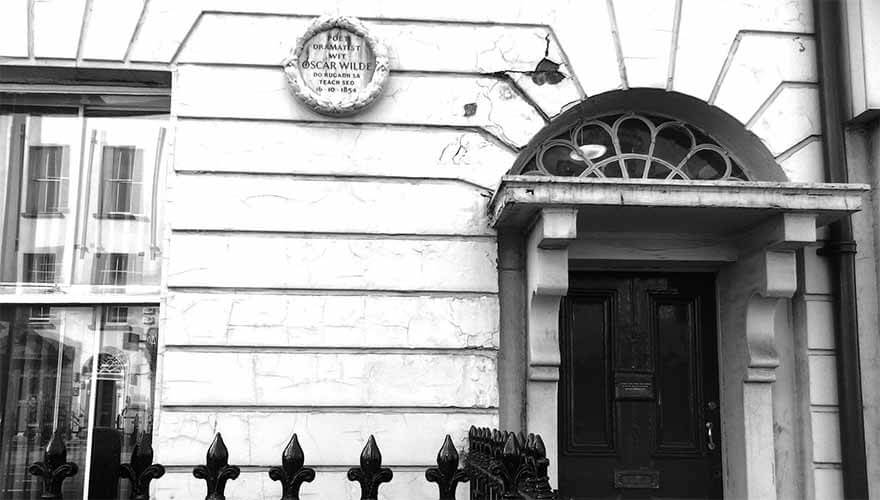 One student’s experience at UCD

Dublin.ie spoke with Dubliner Helen Chandler, who graduated back in 2008, about her experience on UCD’s Masters in Creative Writing course.

“I was 24 at the time, a year out of undergrad and flailing around without a proper job, wondering what to do with myself,” she says.

The people who come to us are already creative writers, who really wish to hone their craft.

After taking classes at the Irish Writers Centre and working various office jobs, she decided to take the next step in her education and do a Masters. As one student in a class of fourteen, she remembers her time fondly and credits Professor James Ryan as “a warm, kind and supportive presence”.

“It was amazing to have someone like that at my disposal, who believed in my work, who saw my work as legitimate,” she says. “I ran into James at a party years after I graduated and he not only remembered me, but quoted the opening line from a story I’d written for his workshop – word for word! That’s dedication.” 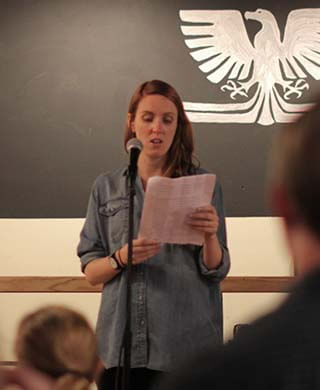 Helen is now living in the US, where she teaches Creative Writing at the University of Virginia. Her writing has also appeared in The Dublin Review and The Stinging Fly.

“There’s so much talk about how writing can’t be taught and about how MA and MFA programmes create a certain ‘type’ of writer,” she says.

However, for Helen, the course was crucial – particularly when it came to providing her with the time she needed to write.

“You just have to be smart about it,” she says. “Don’t go into debt for a degree in creative writing. That would be insane. Save for an MA or get into a fully-funded MFA programme”.

She continues: “And once you’re in, make use of every minute. Conference with the professors, spend hours talking about writing and literature with your colleagues, write like a motherf***er!”

UCD isn’t the only Dublin university offering Creative Writing postgrads. The American College offers an MFA in Creative Writing under the guidance of such acclaimed writers as Mia Gallagher, Sean O’Reilly and Mike McCormack.

Trinity has the city’s longest established programme, offering an M.Phil in Creative Writing since 1997. This is taught in the rooms at 21 Westland Row – the house where Oscar Wilde was born. 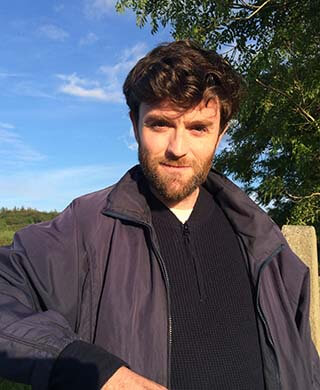 Dublin-based author Gavin Corbett, who was a Writing Fellow at Trinity and taught on the M.Phil, says he sees Dublin as a natural base for courses of this sort.

Beyond the classroom, the streets are steeped in literary history and Dublin’s literary culture is: “One of our most strenuous exports – other than stout, creamy liqueur and soda bread”.

“It’s Dublin’s identity in a nutshell, its writers and writing,” he says.

So to what does he attribute the growing popularity of Dublin’s creative writing programmes?

He thinks that the momentum developed from the MFA culture in America and Dublin’s third-level institutions have recognised the “very unique commodity that we have – something that the wider world is interested in drawing from”.

Rohan Swamy from Bombay, India completed the Trinity M. Phil five years ago. The course was “on his radar” in India and he was familiar with the work of teachers like Deirdre Madden and Carlo Gebler.

“I knew exactly how good they were,” he says. Plus, Trinity was more financially viable than similar programmes in the US. Once the course began, he says he felt “spoiled” to have the prominent poet, Professor Gerald Dawe, as his supervisor.

Dublin’s writers have long influenced Rohan. “I drew up on Oscar Wilde and Bram Stoker when I was doing my own reading back in India,” he says. “One of the bigger pulls for me was the fact that I was going to be studying in Oscar’s house. That was a big deal.”

Making the move from India to Ireland

Rohan also believes that Ireland and India share a lot of values when it comes to cultural history. He cites the two countries’ history of oppression, battles for independence and divisions along religious lines.

“I chose to focus on the similarities rather than the differences,” he says. 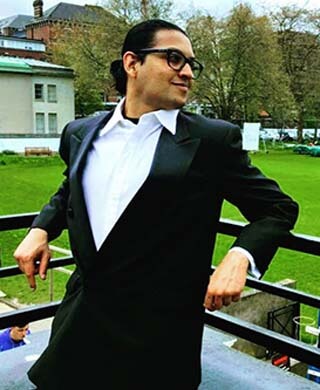 Rohan describes his first night in Dublin after arriving on his own.

“I met random strangers, who told me they’d never met anyone from India before. They showed me around and bought me a couple of drinks and wanted to listen to my story and it was so nice,” he says.

“Even though I knew I was halfway across the world from India, I didn’t feel like I was in an alien land. It was more like home.”

Today, Rohan works behind the scenes at Trinity College, but he continues to write short stories and articles as well. He has been published in both Ireland and India.

Ana Arellano from California was a classmate of Rohan’s on the M. Phil at Trinity College. She first fell in love with Dublin on a family holiday and became determined to pursue a postgrad here.

“I’ve always had a fascination with Ireland since I was a kid, but I chose Trinity because of its literary history,” she explains.

She calls Oscar Wilde her ‘spirit animal’ and says she went to Trinity specifically to follow in his footsteps. As a writer of young adult fantasy fiction, Ana wanted to find her voice as a writer. And her studies in Dublin have certainly helped. 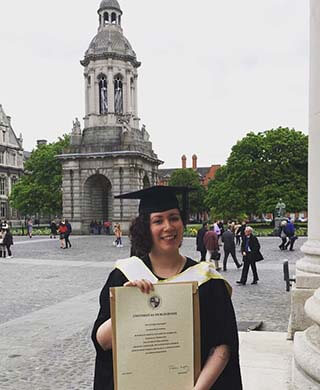 On the possibility of returning to California, Ana says: “I don’t ever want to go back. I adjusted quickly to the Dublin way of life. There’s a very: ‘It’s grand’ attitude. And that to me is perfect.”

Ana is still based in Dublin and continues to write young adult fiction. Recently, her work was published in the Honest Ulsterman too.

Ana acknowledges the cynicism that some people have toward creative writing postgrads, but she doesn’t let it get to her.

“I’m doing what I love to do and I’m really proud of the fact that I got accepted into Trinity,” she says. “I still can’t believe that.”

Want to go to university in Dublin? Check out our articles on studying in the city for more information.