Home to a hotbed of Irish literary talent

The Irish Writers Centre on Parnell Square has long been a place for keen readers and writers to attend readings and book launches. Of course, many take part in the writing classes on offer too, covering every topic from memoir and ghostwriting to autofiction.

At times, the centre can be overlooked because of its location. It’s tucked away from the bustle of the city, past The Rotunda and beyond the trees of the Garden of Remembrance.

This will all change soon though. The new City Library is under development nearby and is set to open in 2027. When that happens, The Irish Writers Centre will find itself in the heart of the Parnell Square Cultural Quarter.

Valerie Bistany has been the Director of the Irish Writers Centre for over a decade, having initially come on board during a tumultuous period.

In 2008, Arts Council funding was withdrawn due to concerns about “value for money and quality of service to writers”. By 2009, the centre was on the verge of closing when Jack Harte, who originally founded the centre in 1991, and other activists intervened to keep it open.

Harte established the centre as a place “for writers to write and to encourage people to write. He also started the Irish Writers Union to give writers a voice,” Valerie says.

It was very much about reconnecting with writers.

When Valerie came in, there had been no director for five years. “Trust needed to be re-established,” she says.

Valerie had a vision for the centre that is now well underway. “When I came, it was very much about reconnecting with writers,” she explains. “Making sure that writers knew we were here, that we were supporting them”.

She wanted to build a community not just for emerging writers, but also for professional writers who needed help with career support and development.

Back to nut and bolt basics

As well as developing the range of courses on offer, she also came up with the idea of day-long sessions aimed at professional writers, focusing on the “nuts and bolts” business of a writer’s life.

They aim to demystify the process of grants applications, copyright, contracts and even taxes – as well as how to pitch ideas to festival programmers and arts organisations. All of the things that Valerie says has “become part and parcel of what a writer must do to earn a living.”

Valerie even runs some of the courses herself. 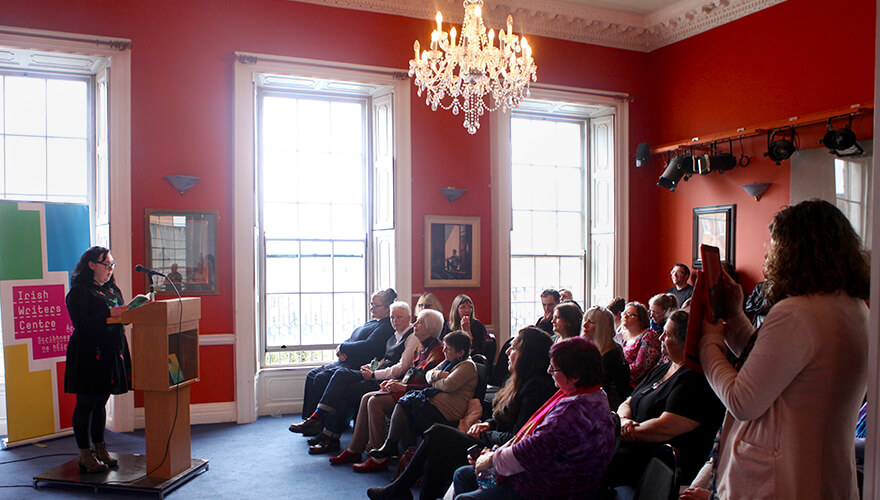 “What I come across when people apply to us for residencies is that there are basic things that, even though people are writers, they don’t understand about the application process,” she says.

Collaborations at home and abroad

There’s no question that there has been a surge in interest in Irish writers internationally in recent years and much talk of a new wave of young talent.

Valerie has seen the influence of that in the increase in applications for the centre’s courses and membership has more than doubled since she first arrived.

We try to keep our ear close to the ground on what people want.

“We try to keep our ear close to the ground on what people want to do courses in,” she says. “At the moment creative non-fiction is very hot.”

The centre also collaborates with The Stinging Fly magazine, which runs a masterclass there, and the American College on its Creative Writing MFA. 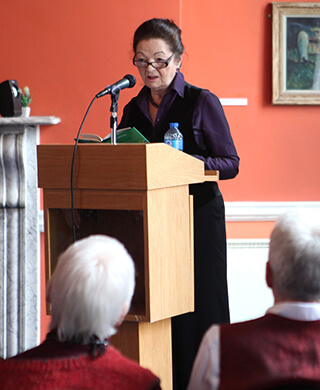 The centre is also developing its international presence.

“We are now connecting with Norway, Wales and Florence, where we have writers in residence,” she says. “And we’re talking about a residency with Spain”.

A few years ago, the centre also collaborated with Poetry Ireland to do a showcase in Boston.

“With Kevin Barry and Lisa McInerney and Paul Howard,” says Valerie. “It was called Bula Boston”.

They’re not the only writers to have links with the centre either. Michael D. Higgins is the patron of the centre. And there are seven ambassadors who lend their name too.

“Éilís and Joe read at our annual Christmas event,” she says. “John Banville has attended events with Denis Lehane. And we’re hoping to do something with Marian Keyes.”

Alongside all this, people actually write here too, quietly tapping away at laptops.

“If you’re a member, you can come anytime between 10am-5pm, Monday to Thursday,” Valerie says. “We have over 450 members. They can use any room in the building that is free.”

They can use any room in the building.

Membership costs up to €50 a year – much cheaper than buying scores of lattes to write in a coffee shop. 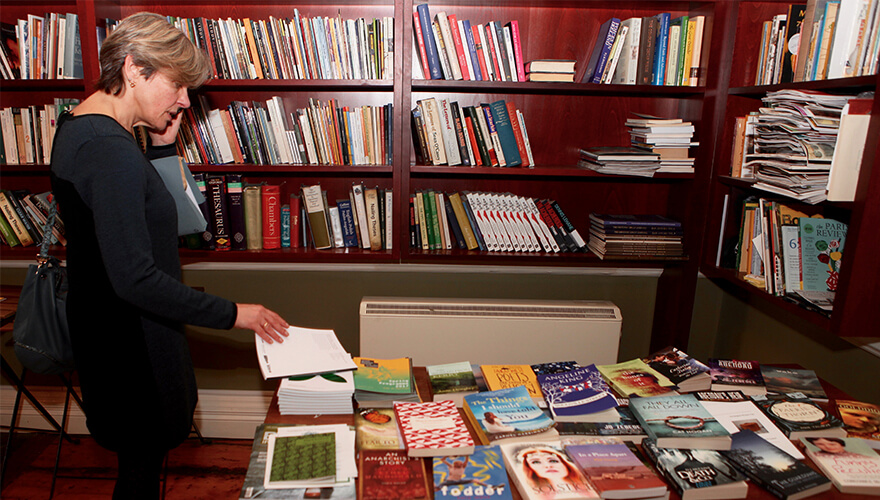 Some events are a little more novel. For example, the Irish Writers Centre runs an annual Novel Fair, which is highly regarded in the publishing industry.

The event allows hopeful novelists to place their manuscripts in the eyeline of literary agents and publishers from around Ireland and the UK.

We’re connecting with the next generation of Seamus Heaneys or Samuel Becketts.

“We’re trying to internationalise that by inviting publishers from abroad and attracting more manuscripts from abroad too,” says Valerie.

The 2022 Novel Fair, which was the centre’s 10th, did just this by accepting online submissions from aspiring novelists all over the world.

Valerie’s future plans for the centre

Looking ahead, Valerie has three main areas she is keen to develop. After the success of a cross-border writing programme called XBorders, she wants to do a lot more to bring together writers from north and south of the border.

To date, the centre has introduced support schemes and course bursaries specifically for Northern Irish writers, as well as information days in Belfast.

Valerie ran the Dublin Youth Theatre for six years in the 90s, so it’s no wonder she wants to “connect with young people – something the centre has never done”. 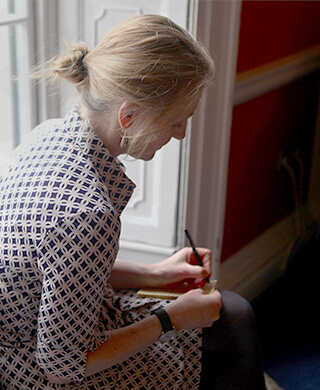 This is changing, however. Under Valerie’s tenure, young writer programmes are now regularly run at the centre

“What we wanted to do was see that age level drop, so we’re connecting with the next generation of Seamus Heaneys or Samuel Becketts. Our focus is the 16-29 age group.”

The Irish Writers Centre also plans to call on young writers to blog about the city’s literary festivals and pair them with mentors.

And, last but not least, the centre is also keen to develop their Irish language remit. “Gaeilgeoirs are not naturally inclined to think of us,” Valerie admits, but she wants to create a space for creativity through Irish.

It’s about building people’s confidence up.

“People have an inhibition about writing creatively in Irish,” she says. “So it’s about building people’s confidence up, with room to make mistakes.”

That’s why she’s created bursaries and residencies for Irish language writers too.

Valerie is excited about the future of the centre and the new traffic the library will bring to the area down the line. In the meantime, she wants to hear more from writers themselves.

“When I first came here and I asked writers what they needed,” she says. “They said time and space to write. Hence the residencies”.

“It is possible to do things for writers, but they also need to articulate what their needs are,” she explains. “So we’re trying to encourage them to come to us with ideas. What I’m trying to do is create a community for the writers.”

You can find out more or get in touch through the Irish Writers Centre’s site.