The most scenic classroom in Dublin

First things first: The Bots. What is it?

“The Bots” is how teachers and students refer to The Teagasc College of Amenity Horticulture, located at the National Botanic Gardens on Dublin’s northside. As one of the city’s best outdoor spaces, many of you will be familiar with it. Great for a serene walk or even the odd school trip.

No better place to learn your craft…

But you might not know that they’ve been teaching horticulture here since 1812. To find out more about this unique institution hidden away in the suburbs, we spoke to John Mulhern, Principal of the college, and prized former pupil, Gary Mentanko.

John has been with Teagasc, a wider authority on agriculture and food development, for 20-odd years. Gary studied Horticulture at the Bots and has also conducted horticultural work in the Arctic. We’ll come back to that.

Studying at The Bots

Pop into one of the Botanic Gardens’ old greenhouses and you’ve found the most economical way to transport yourself to the tropics. It’s here that the Teagasc College of Amenity Horticulture in Dublin bases itself.

“It’s a really special place to be quite honest,” posits John. “No better place to learn your craft”. 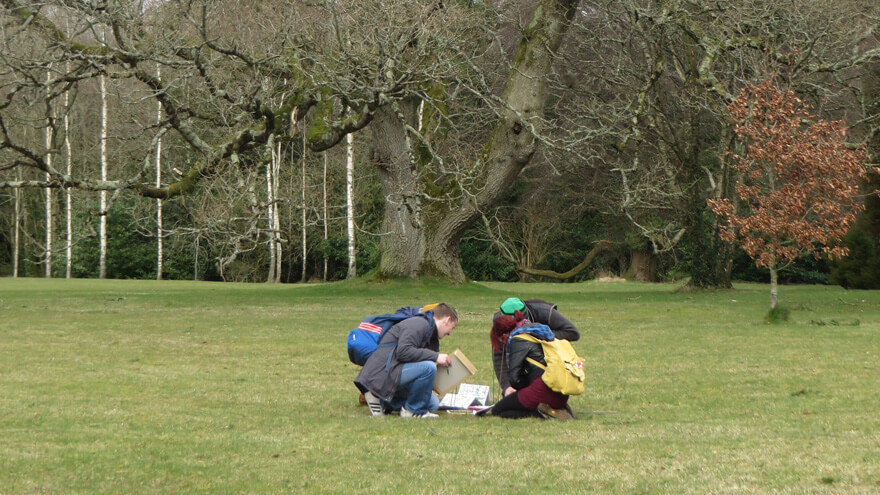 John gives us the low-down from his perspective. He is understandably quite proud of what they do at the Bots where almost 300 students study. Horticulture, as a field, is also developing quite a bit. It’s become more prominent in the economy, he says.

The college teaches horticulture at several different levels of study. There’s horticulture courses for those like Gary who get involved in international projects, as well as those at a beginner level. There’s something for everyone.

We’ve a burning question for Gary. Working in the Arctic, what was it like? “Claustrophobic,” he tells us. You can never be by yourself for fear of polar bears. Yes, polar bears.

He spent two weeks in Churchill, Manitoba – a sub-Arctic region to the very north of Canada – to study plants found in both Northern Canada and here in Ireland. He wanted to learn more about their ecosystems and assist with ongoing work on samples.

As it happens, Gary is Canadian but he’s been here in Dublin a while. After working for a time in a bookshop, he eventually found himself taking a horticulture course with FÁS out in Malahide. Originally, he came from a farming background. All of this resulted in him applying for the degree in Horticulture at the Bots.

Horticulture, Gary says, can feel quite mentor-based. There’s a lot of time observing and passing down knowledge. He describes himself as “a very focused student”.

But then you probably have to be to make it to the Arctic. And he loved the premises in Glasnevin. And we understand why. The whole place is pretty unique. A lot of it was developed hundreds of years ago. There are mature grounds with unique flora right there just outside the classroom. But really everywhere is your classroom. 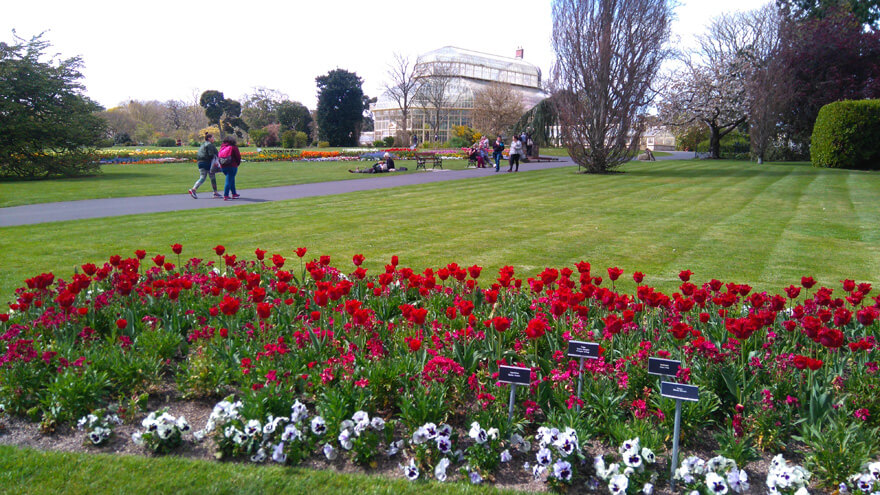 The name “The Bots”, Gary informs me, is something that covers the whole premises – not just the college. This should give you an idea of how the whole place is integrated. There’s quite a bit of crossover.

The students go to the college, then do work placements at the gardens – mainly in the nurseries or the glasshouses. They learn from the garden staff. Some then eventually work there or even in the college.

After graduating, Gary worked at the gardens in an educational capacity and got his hands dirty whenever he could. He was pretty happy to get a job like this straight out of college. Today, he works as a horticulturist and craft gardener at the JFK Arboretum in county Wexford, which is home to over 4,500 different types of trees and shrubs.

It’s a really special place to be quite honest.

Gary says taking the horticulture course here at the Teagasc College was one of the best things he’s done. There’s not many places like the Bots. We’re glad, because that would most likely take something away from this special facility.

At Dublin.ie, we’d suggest heading down to the Bots. Go for a walk and breathe in the fresh air, you might even sign up for a horticulture course!

Find out more about the college on Teagasc’s website.

In a corner of University College Dublin’s suburban campus, archaeologists are building houses using thousand-year-old methods and casting bronze tools in fire pits using moulds they’ve made themselves. Brendan O’Neill, a PhD student in UCD’s School of Archaeology, has built a wooden roundhouse as part of his research. It took him about thirty days’ work over the course of ten months to complete. He wove hazel rods from a managed forest in the Irish midlands to create walls and a roof, which is topped with heather to help waterproof the structure. Inside the house, there’s a surprising amount of space. A central fireplace surrounded by s

The bedding in your local park, the roundabout at the end of your road, the planter on the quays: Dublin’s famous for its bursts of floral colour. Any journey you make in the city is likely to take you past some cheery display. But did you know that every plant you see comes from a single nursery, lovingly grown from seed to flower? St. Anne’s Park on the northside of the city is an embarrassment of riches. Its the second largest public park in the Dublin area, the grounds of the former estate of Lord and Lady