A miniature museum in the heart of the city

Flat 3B, Bull Alley Estate on Patrick Street is a cosy flat comprising a living room and two bedrooms. It was once home to the Molloy family and built by The Iveagh Trust.

In 1890, Edward Cecil Guinness, the First Earl of Iveagh and grandson of the original Arthur Guinness, provided houses and amenities for working-class people with low incomes in Dublin.

The Iveagh Building replaced some of the worst slum dwellings in Europe. And, at the time, these new flats were state of the art. 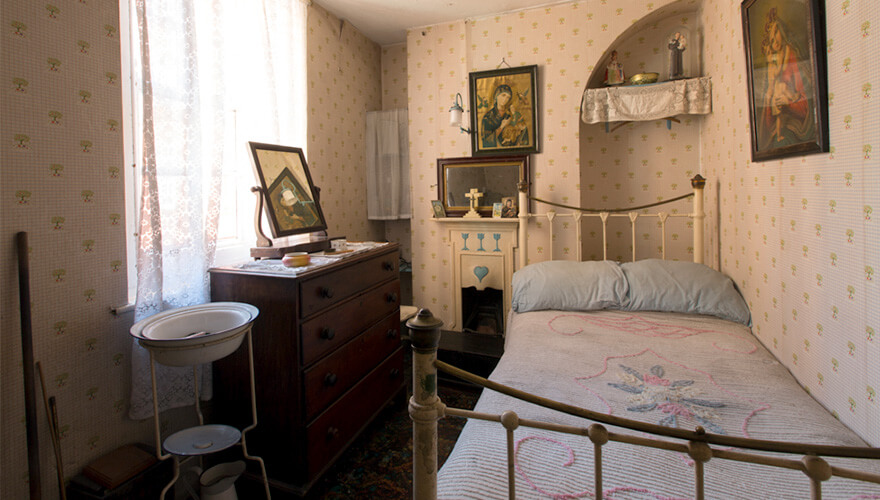 Henry and Anne Jane Molloy obtained accommodation with the Trust, settling in 3B in 1915. At the time, their rent was five shillings and sixpence per week.

Nellie, their daughter, was one of six children. She lived here in this flat from 1915 right up until to 2002. Today, flat 3B is a museum and remains unchanged since the trust first built Bull Alley Estate. 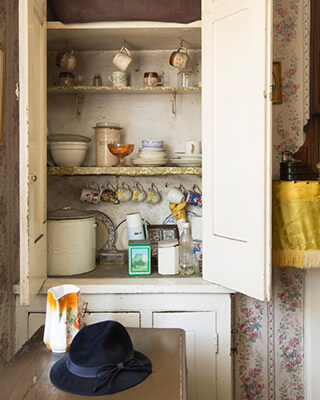 As the flats became vacant, some were modernised. However, Nellie didn’t want her home to change – and so flat 3B still remains the same to this day.

Walking into the flat is like entering a time capsule. Everything is preserved exactly how it was.

The living room-cum-kitchen area still has the original range for cooking and heating the flat. There was no running water or toilet either.

The old gas lamps remain in situ and even Nellie’s cups still hang in the press.

Outside, on the landing is a communal sink, bathroom and storage. When The Iveagh Trust offered to modernise the flat and provide internal bathroom facilities, Nellie always politely declined – deciding to keep it as her family had it.

In Nellie’s flat, Ireland’s religious heritage is evident from the holy statues occupying the corners of each room.

Crosses and holy portraits adorn the walls. Flower-patterned wallpaper and dark wooden furniture fill the house with nostalgia too.

A standing piano in the living room, the heart of a musical family, was often used for sing-songs and dances in the flat. All six children slept in one bedroom, their parents in the second bedroom – an insight into Irish life in the 1900s.

The children went to school on Francis Street and went to the ‘Bayno’, a play centre, right in the heart of The Liberties. Its original name was The Iveagh Trust Play Centre and it was also opened by Edward Cecil Guinness. 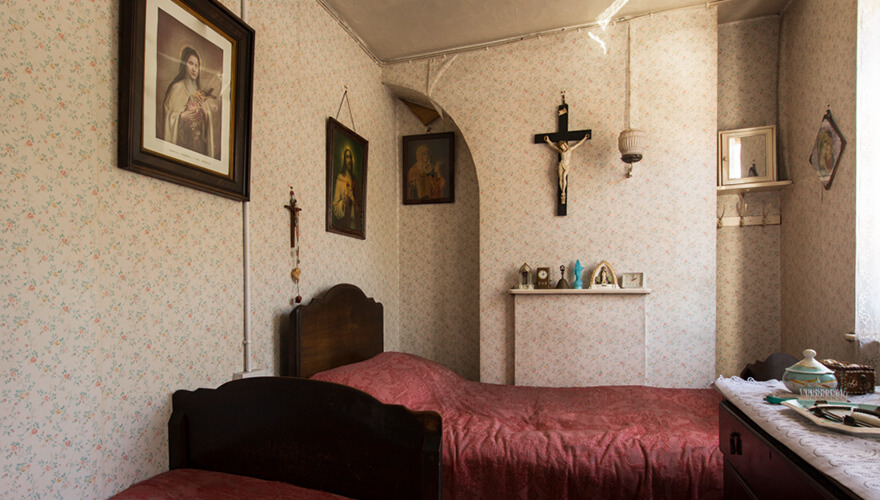 The centre ran activities, including sewing, cooking and education classes. It was also a place for local children to get a cup of cocoa and a bun. After discovering her skills at the Bayno, Nellie worked as a weaver for Greenmount Linen Company in Harold’s Cross for over 27 years.

Since Nellie’s passing at 95 years old, flat 3B has been preserved. For a nostalgic peek into Ireland’s past, The Iveagh Trust Museum Flat is a must-see.

As this little piece of the Trust is part of a living residential building, tours are only facilitated on rare occasions, such as Open House Dublin. Visits of Nellie’s flat can also be arranged by appointment for small groups.

A different kind of museum experience No street in Dublin illuminates the history of the city quite like Henrietta Street. The vast houses on this cobblestone street have run the gamut from Georgian grandeur to tenement squalor within the 300 years of their existence. Now, Number 14 Henrietta Street has been restored as a museum. It tells the story of the house’s journey from being the grand residence of a family of four in the 1720s to becoming home to over 100 people by 1911. The research history and personal stories are also a huge part of the experience. All the big events of Irish history buffeted the residents here. The Ac