I always wanted to be the Indiana Jones of musicology. I feel like I’m leaning a little bit more now towards being the Vincent Price of musicology, which I’m probably even better with.

It’s fun to dress up as a werewolf and get to roll around on the stage and pull bits of fluff off. I built a huge wolf head to wear during the act. On a surface level, it’s about werewolves, but when you look at werewolves on film, or werewolves in books, there’s that interpretation of lycanthropy as a metaphor for mental health issues, or trauma, and things like that. So for me, that one was very personal.

It’s fun to dress up as a werewolf, and get to roll around on the stage and pull bits of fluff off.

I think a lot of the resurgence in witchcraft has to do with everything that went on around laws regarding female reproduction and the policing of women’s bodies. We can now subvert that idea of the witch as bad, and instead use it as a more hopeful figure, a more powerful figure that’s more awe-inspiring than scary. 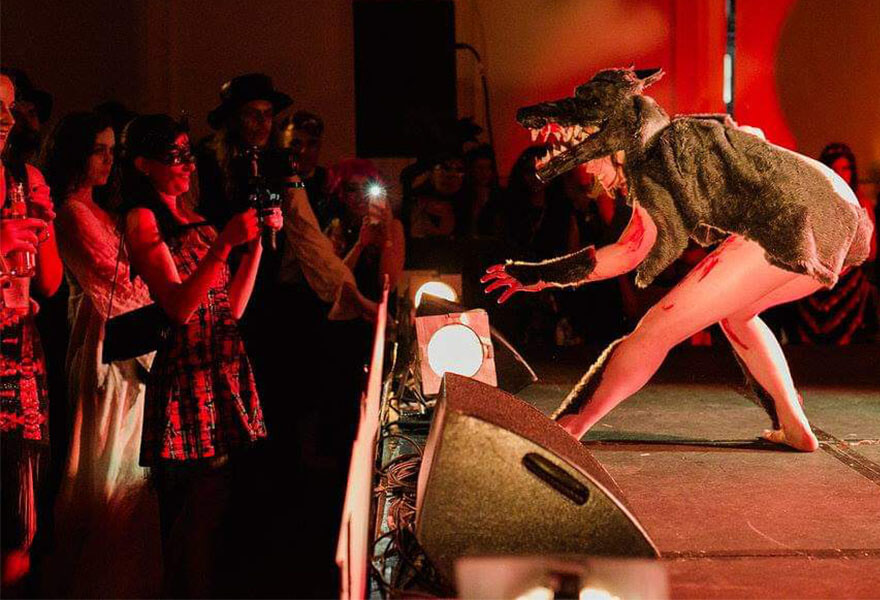 I was the first member of my family to go to college, and when I was at secondary school, it was like, “Oh my God, Shauna’s going to college.” There is still a certain amount of, I won’t say stigma, but a lack of representation in academia of people from working-class backgrounds. So I think that the more representation we get in any way is positive.

Penelope gets fed rats. They’re frozen when I buy them, they’re not when I feed her though, just defrosted.

I had a pet salamander for a while when I was at secondary school. She was called Gilly. I met her while I was doing work experience in Reptile Haven down on Fishamble Street and fell in love with her. I used to bring her with me when we were going on holiday because she couldn’t be left alone for too long.

Snakes are okay though because they only need to be fed once a week. Penelope gets fed rats. They’re frozen when I buy them; they’re not when I feed her though, just defrosted. And not in the microwave either, naturally defrosted. It doesn’t take very long; they’re not huge. It does lead to the occasional interesting conversation. I’ve got a very good friend who breeds rats as pets, so it makes me feel a little bit heartless sometimes.

There is a kind of archaism about a lot of the Dublin landscape, whether it’s cobblestones or Victorian greenhouses in the Botanic Garden or the Dead Zoo (a Dubliners’ name for the Natural History Museum), something that’s quite wonderfully Gothic – almost borderline magical. It’s something that I didn’t realise I’d miss when I moved away, and then coming back it’s something that I’ve appreciated much more.

We’ve got a great granny culture in Dublin.

It’s probably true of any city, but I think Dublin, in particular, is so much made up of its people and its characters. So whether that’s people on Moore Street shouting and selling, or whether that’s the various occasionally irritating sounds of Grafton Street. Or people’s grannies. We’ve got a great granny culture in Dublin. 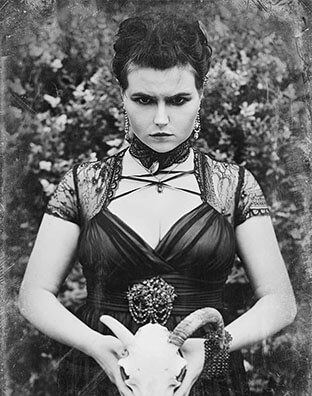 So I think when it comes to creating characters in the theatrical sense, so much of that comes from just exaggerating and building on what we are and who we know. And it’s not necessarily parodying other people. It can be giving homages, and I think Dublin is a great place for that to thrive. It’s been a fascinating place to inhabit in all of the various characters that I’ve been on stage.

I think it’s becoming a more accepting and friendly city. I believe the more characters that we have, and the more variety and diversity they embody, the stronger and more pleasant place it’s going to be.

First things first: The Bots. What is it? “The Bots” is how teachers and students refer to The Teagasc College of Amenity Horticulture, located at the National Botanic Gardens, Glasnevin, Dublin. They’ve been teaching there since 1812 so there’s quite a bit of history. For our first instalment of Horticultural Dublin we want to find out about this unique institution hidden away in the suburbs. To investigate, we’ve enlisted some people on the inside. We’ve got John Mulhern, Principal of the College, and prized former pupil, Gary Mentanko. John has been with Teagasc, a wider authority on agriculture and food development, for 20-odd years. Gary studied Horticulture at the Bots and has also conducted Horticultural work in the Arctic. We’ll come back to that.