Hiking for women who want to connect with nature

We caught up with Melissa McDermott – Galz Gone Wild founder – and Ruth Farrell to find out about the group of women who escape the city to find some scenic hush in the Wicklow mountains.

Creating a supportive community of women

Mel founded Galz Gone Wild in 2017 after moving home from London. She found herself lacking direction, and she was unsure of her next step. She started to hike to clear her head, but the hiking communities she found were mostly male and older. They were hiking for different reasons.

“There is a community there, but it’s very much about getting from point A to point B, as quickly as possible. That’s not what I was about. I wanted to be able to meet new people, have a chat and use nature for healing,” she says.

Dublin is unique as a capital city in that it has both mountains and sea at its doorstep.

Over the next few months, Mel undertook a solo hike through the Wicklow Way. She admits it was a bit naïve and she had to leave the trail after three days having picked up an injury. That’s when she realised how helpful it would have been to have other women by her side, and with that, Galz Gone Wild was born.

Going from strength to strength

Since then, the group has gone on numerous hikes. Along the way, they have inspired one another, celebrated the outdoors, shared adventures and created a fast-growing and connected community. 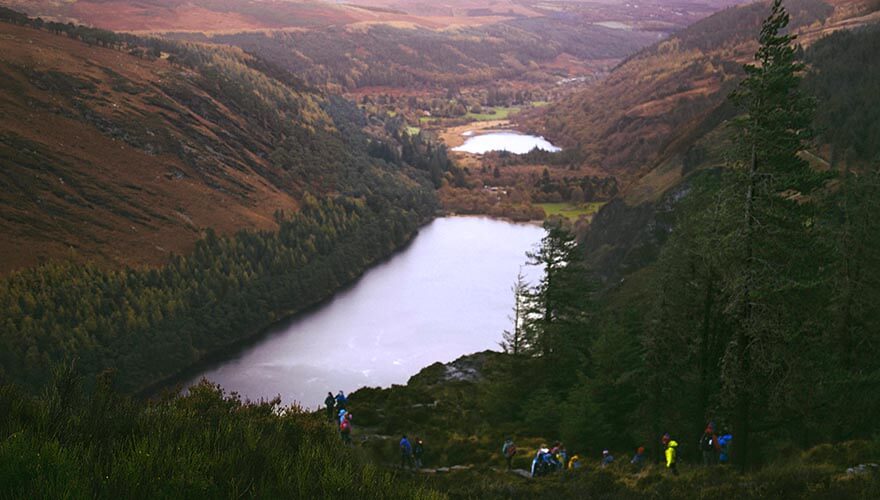 “Everyone is individual, but there’s a shared openness to try something new – even if you’re a bit scared about meeting new people. Galz Gone Wild is about having the freedom to go out into nature and have the comfort of being with a group of women.”

While there are different reasons to take part in GGW, it’s clear that everyone in the group has a shared motivation – to get outside and make some friends.

This was more than just getting outdoors. It was about encouragement and support.

“I remember our first hike. I was so emotional. The conversations I was having with these women showed me that this was more than just getting outdoors. It was about encouragement and support.”

For Ruth Farrell, GGW has formed the backbone of her adult friendships. “It’s no secret that it’s hard to make new friends as we get older, but not with GGW. Now, I have a new group of wonderful, supportive women behind me to hike, hang and drink with.

“It’s the community that makes GGW extraordinary. It’s a very inspiring thing to be part of. Mel is an amazing leader, and the energy she brings to the group is infectious. In no time at all, you’ll have made friends with everyone else on the hike and be having great craic.” 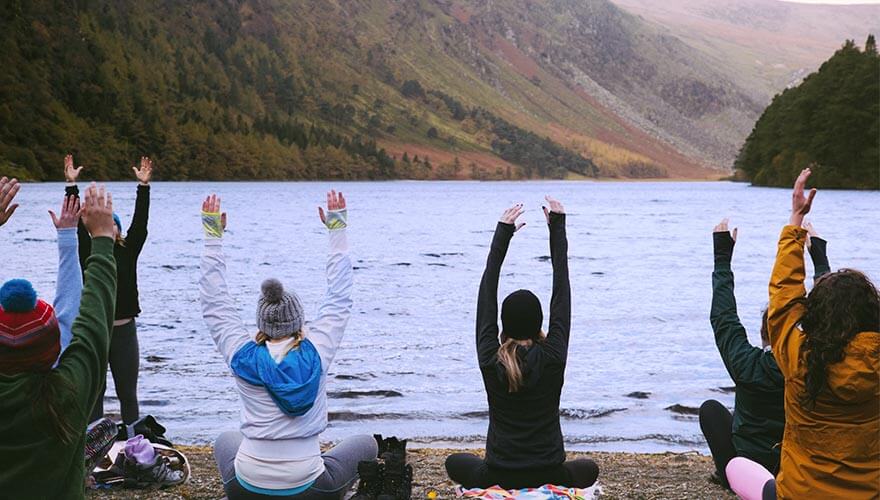 What to expect from Galz Gone Wild

Galz Gone Wild stays busy with sunrise hikes, yoga adventures and sauna trips in the Wicklow Mountains. Its events have expanded to include swims, movie nights, talks, training and webinars too.

But the group is always looking ahead as well. Mel wants to expand countrywide and share her skills with a group of ambassadors.

There’s such a lack of women in the industry.

So far, she’s started communities in Dublin, Wicklow and Galway, but Galz Gone Wild is growing all the time. The group is actively seeking out leaders, guides and event hosts to help out.

“I’d love to have a Galz Gone Wild in every county, with ambassadors getting women out into nature. There’s such a lack of women in the outdoor industry. I’d like to get more 22-35-year-olds outside.”

While this is Mel’s target demographic, Galz Gone Wild offers hiking for women of all ages, abilities and income levels.

The group has women as young as 18 and as old as 65 attending their events. Their pricing structure is also designed to accommodate students, the unemployed and those on low wages.

The group has also introduced a pay it forward initiative as part of its commitment to reducing any financial barriers that may prevent women from getting out into nature. So for every hike or event ticket purchased, a free space is also offered to someone who isn’t in a position to buy one.

And if you don’t drive, that’s no problem either. Galz Gone Wild facilitates carpooling through its group Facebook page.

All you need to take part is a pair of hiking boots and some waterproof clothing. The beginners hiking group only walks as fast as its slowest walker and takes regular breaks along the way, so you’ll never have to worry about being left behind. These walks are usually less than 8km.

Galz Gone Wild is a force of nature. Rain, hail, snow or sunshine, these women motivate each other to push their physical and emotional boundaries! Whether you’re a beginner or an experienced hiker, you’ll gain solace, friendship and even some muck on your boots.