A seaside town that’s worth its salt all year round.

North of Dublin city in Fingal you’ll find the seaside town of Skerries. Bustling in summer months, the beaches are full to the brim with tourists and city dwellers looking to dip a toe in the sea. But Irish seaside towns take on a different vibe during the autumnal months and Skerries is still worth the excursion beyond September. At this time of the year, you’ll find plenty of people braving some wind for a good ol’ stroll along the seafront. The sea air, a tried and tested cure for what ails ya, feels just as good in your lungs in November as it does in July.

The name Skerries originally comes from the Norse word skere; meaning ‘a group of rocky islands’. This later morphed into the Irish word na sceirí, meaning ‘the rocks’. Mention Skerries to people and they have their own interpretation of what the name brings to mind – seafood, beaches, windmills, ice-cream. Nobody mentions any rocks.

Wrap up warm, stroll the harbour with a 99 in hand and while away an afternoon with some bird watching

Skerries was once home to St Patrick’s Monastery, the site of a Viking invasion and the landing ground for British troops just after the 1916 Rising. It grew into a thriving fishing port and is now known as a popular resort town with a Tidy Towns first place accolade under its belt (finally!). It’s also famed as the meeting place between James Joyce and Flann O’Brien’s narrator in the latter’s ‘The Dalkey Archives’.

The town itself consists of two streets – Strand Street and Church Street, with several islands off the coast – Shenick Island, St Patrick’s, and Red Island which are uninhabited by people, although there’s a thriving bird population. A Martello tower also sits on Shenick Island, if you’re interested, and can be reached by boat (just seek the landowner’s permission before heading out there). Then there’s Rockabill, which is made up of two islands, ‘The Cow’ and ‘The Calf’ and Lambay Island. Tours are available for the latter from Skerries Sea Tours. 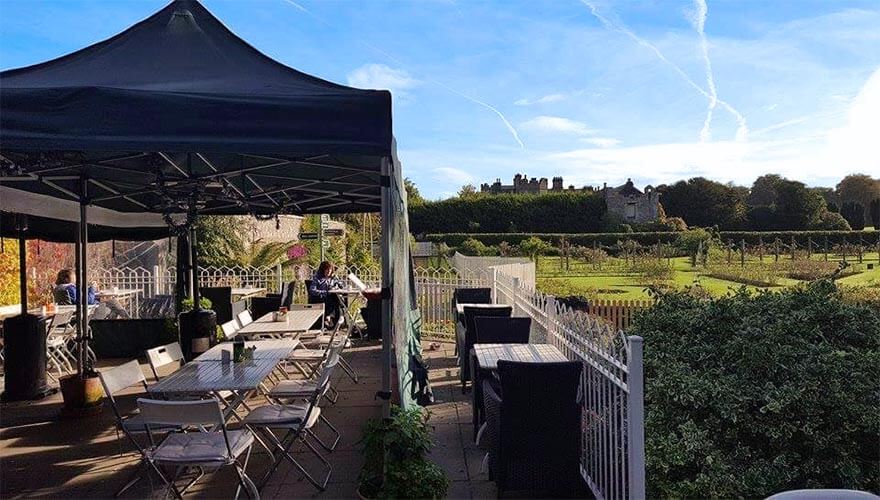 A trip to the seaside for many means a sweet treat, disguised as a means to ‘cool down’, although there’s no excuse needed to pop into Storm in a Teacup which stays open all year round. This quaint and quirky ice-cream parlour is situated inside a brightly coloured shed. It’s hard to miss, and if the pastel exterior doesn’t grab your attention, the queue will. The menu also extends to crepes, waffles and hot drinks, and is just as enticing on a windy winter’s day as it is during high season. Wrap up warm, stroll the harbour with a 99 in hand and while away an afternoon with some bird watching.

If you love Farmers Markets, make your way here on a Saturday

A little off the beaten track and 5km outside of Skerries you’ll find Ardgillan Castle. Filled with gorgeous gardens and walkways, it’s also where you’ll also find the dog-friendly Castle Te Rooms. The first of its kind in a municipal park in Ireland, you and your pooch get to gallivant around 5 miles of woodland and flower gardens before chilling by the fire with something delicious for both of you. It’s BYOD, but they’re just as welcoming to the dogless wanderer. 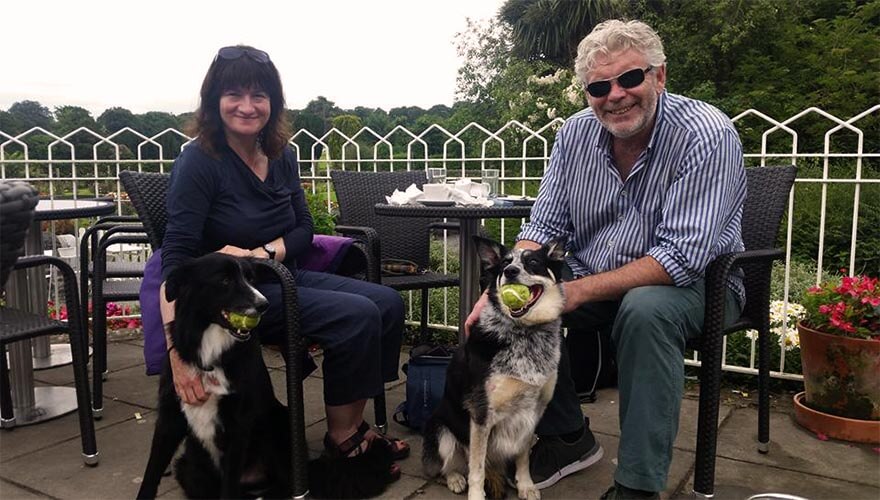 For the history buffs, the Skerries Mills are the marker of the town’s skyline and have been since the 12th century. Comprised of two windmills and one watermill, tours are less than an hour, and it’s en route from the train station to the town, perfect to pop in at the beginning or end of your mini venture. If you love Farmers Markets, make your way here on a Saturday from 10am and peruse the local farmers selling all sorts. Organic meat, jams and marmalades and even homemade candles are just some of the goodies on offer, so you won’t leave empty handed!

Festivals in Skerries also stretch beyond the summer season. Soundwaves Festival takes place every year in September, and sees arts and culture take over the town. This year’s festival had everything from rap, comedy and opera, so there really is something for everybody.

For the wanderers and explorers, Skerries is a treasure trove of a town. Be smart about it and come check out the town during quieter colder months, and save the summer excursion here for the beaches. It’s a town that deserves a second trip and is just as enjoyable in winter woollies as it is in shades and shorts.

Skerries is easily accessible from Dublin city centre, by the number 33 bus or commuter rail. We recommend the latter so you can glide along the coast of North Dublin to and from the city.

Susie Santry
Susie Santry transplanted from Cork to Dublin over a year ago and works as a social media and content specialist. Having once run a fashion and beauty blog she now prefers to write about people, places and food.
Update Cookie Preferences
Copy link
CopyCopied