Most people who visit Bull Island from week to week probably don’t realise that it’s part of one of the biggest biospheres in Europe.

So, what’s a biosphere?

Quite simply, a biosphere is an environment where people, nature and culture  connect and co-exist.

Imagine the biosphere as the perfect cup of tea, with people as the water, nature as the tea leaves and culture as the milk. The tea leaves are rich and unique, but need the water to be hot so they can release the flavour, while the milk is added to make it more drinkable.

In the same way, nature and culture within the biosphere can add value to people, but only where it is protected and sustainably managed.

Wildlife on Bull Island and the Dublin Bay biosphere

The United Nations Educational, Scientific and Cultural Organisation (UNESCO), has developed many protected biosphere reserves around the world. These are areas made up of terrestrial, marine and coastal ecosystems that promote the conservation of biodiversity with sustainable use.

At the core of the city’s biosphere is Dublin bay and Bull Island – a low-lying sand spit located between Howth and the city. It was declared a biosphere reserve back in 1981.

The island is only 200 years old, developing over time from silt build up. It is now home to nine protected habitats, as well as two golf courses. Within these nine habitats, wildlife thrives. 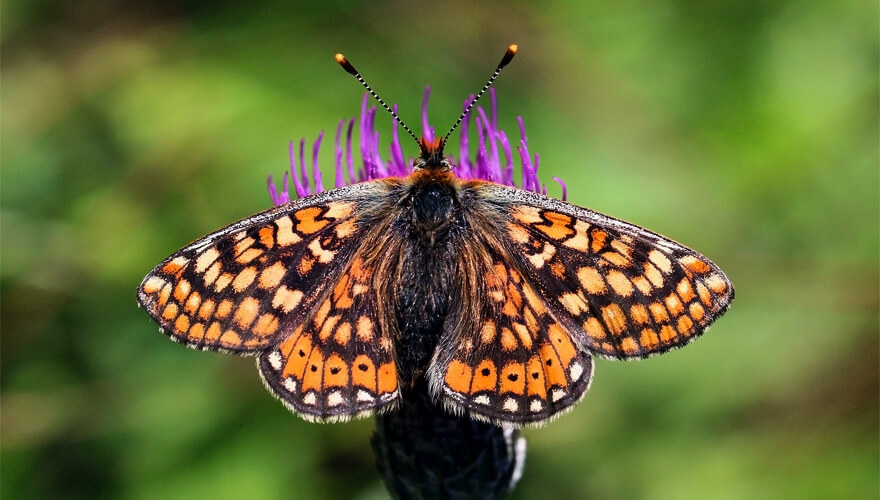 Dublin’s biosphere is roughly 300km squared, the core area of which extends along the coastline from Dún Laoghaire around to Howth, Ireland’s Eye and up to Portmarnock. Bull Island is where you’ll find some of its most intriguing specimens though.

For example, Ireland’s only protected butterfly, the Marsh Fritillary, has made the north of Bull Island its home for part of the year. The best time of year to see them is around late August and September. You can also find Ireland’s only native lizard here. It’s simply called the Common Lizard.

The causeway road that connects the mainland to the island divides the mudflats into two areas. The larger mudflat is at the north and receives seawater via Sutton Creek. The tides enter the southern mudflats under the Bull Bridge. 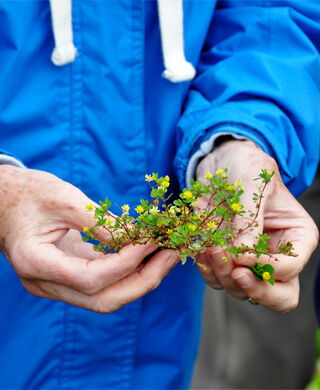 These mudflats will attract around 30,000 overwintering birds between July and March, most of which are waders, like black-tailed godwit, curlews and oystercatchers.

In the summer, common terns, arctic terns and sandwich terns come to the island and its lagoons to feed.

If you’re lucky, you might even find a rare roseate tern at the north of the island.

Perhaps the most beautiful and fascinating of the birds that flock here are the Canadian Brent Geese. Thousands of these beautiful birds arrive at the start of winter, flying thousands of miles from high-Arctic Canada to rest in Dublin Bay. You will see them in great numbers in the sky, with their black heads making them relatively distinct.

One of the best ways to take in the full biosphere experience is by boat and specifically Dublin Bay Cruises’ Dublin Bay Biosphere Discovery Tour.

You can sail from Dún Laoghaire, Howth or Sir John Rogerson’s Quay in the city. Our tour is led by Olivia and Emma, each with a wealth of knowledge about the area and the corresponding wildlife.

If you’re lucky, you might even see a puffin.

We leave the city aboard the St. Bridget and sail out into the bay through the busy Dublin Port area through the shadow of the iconic Poolbeg Towers.

It’s one of the more unique views of the towers that you’ll get. They’re the tallest structures in Dublin. And among the seatrucks and cargo ships, you feel particularly small in this hive of activity. 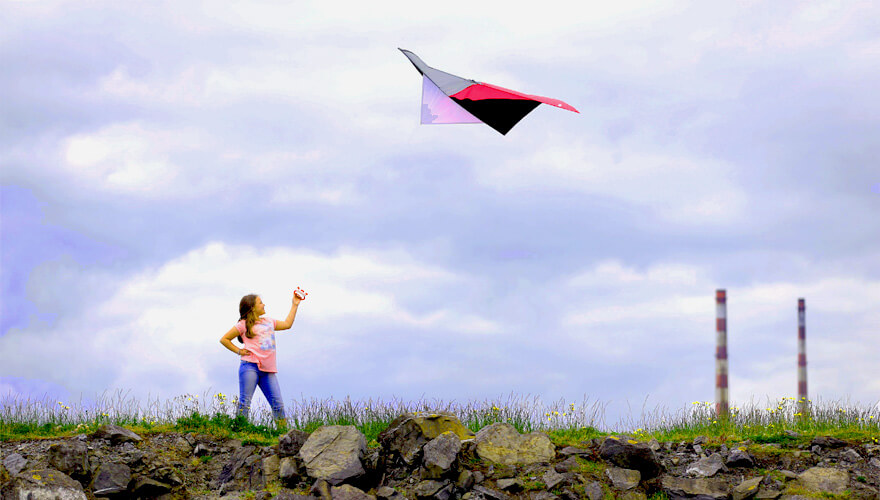 We sail out past the Poolbeg Lighthouse towards Dún Laoghaire. On the mainland you have a great view of Sandymount Strand, Monkstown, Bray Head and the mountains in the distance.

Having docked at Dún Laoghaire, you’ve got 20 minutes or so to grab a chipper or a coffee before heading back up the coast to Howth.

They’ll come up once or twice for air.

On the outskirts of Dublin Bay, we pass the Dublin Bay Buoy. This is a safe water mark, but it’s also a weather monitor, which tweets out the local weather and sea conditions.

Facts from the tour

Beyond the Dublin Bay Buoy, about seven miles out to sea, you’ll spot the Kish Lighthouse. This warns the many boats and ships passing through Dublin Bay of the Kish sandbank.

The lighthouse, in its current state, has been there since 1965. Previously, a series of floating devices warned sailors of the sandbank. However, it’s probably a good thing that we’ve upgraded to a lighthouse. That’s because multiple ships have been wrecked on the Kish Bank between the late 1800s and as recent as 1947. 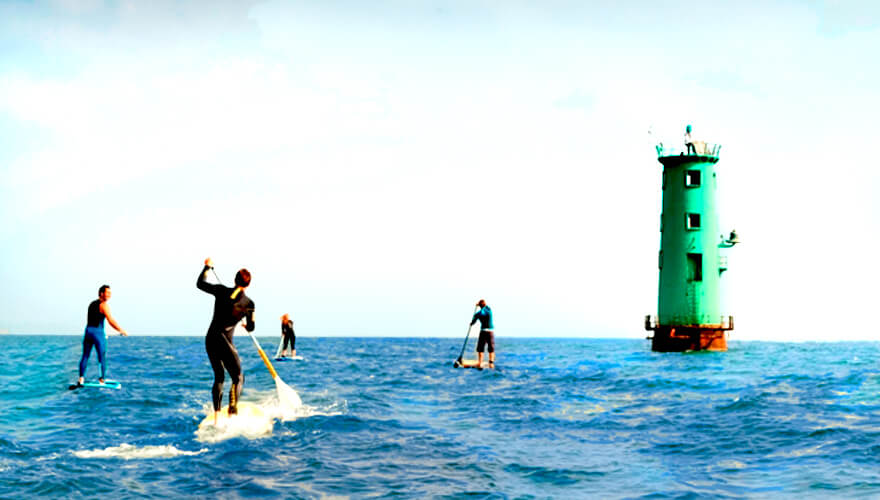 As we sail past the Howth peninsula, we also spot several cormorants in their characteristic spread-wing pose. “Cormorants are one of the only sea birds without an oil duct,” Olivia explained. “That’s why they dry their feathers like that.”

If you’re lucky, you might even see a puffin. They nest on nearby Lambay Island. Porpoises are also common to this area and we were lucky enough to catch one as it came up for air.

“They’ll come up once or twice for air,” Olivia says. “Then, they’re back down for quite a while. So you’re lucky enough to catch one as they’re not up all that often.”

Ireland’s Eye island appears around the bend of the peninsula, which is another area filled with wildlife – particularly birds. You’ll get a glance at it, but for a real experience, it’s best to take a ferry from Howth harbour out to explore the island – as Dublin.ie did earlier this summer.

Coming back to earth

After about a two-hour cruise, you’ll dock again at Howth harbour, your head filled with the sea breeze and information on the biosphere.

It’s an experience best concluded with conversation, some fresh seafood and a pint of Guinness in one of Howth’s several harbour restaurants.

A 15 minute boat ride from Howth on Dublin’s northside lies Ireland’s Eye – a beautiful and mostly untouched island. The only signs of human activity are two structures: a Martello Tower and the ruins of a church. A sanctuary for wildlife However, the island is a hive of activity otherwise. The wildlife on offer is incredible – notably the many species of nesting birds. The most spectacular natural feature, however, is the huge freestanding rock called “the Stack”. Located at the northeastern corner of the island, it plays host to a large v

Combining visual art and long distance swimming When Vanessa Daws moved to Dublin in 2011, she did something that might seem unusual to most people, but has become a habit for her. “The first thing I did was arrange a swim down the Liffey at dawn. What I normally do when I go on art residencies or move somewhere, I find the nearest body of water and I swim in it.” The idea of swimming across the M50 was quite interesting, but it was scary. She tells me that she does this to feel more at home in a place: To bond with a place. To be accepted by the city. Connecting, submerging, in the city. “If I swam, I just knew I’d

A closer look at Skerries North of Dublin city, you’ll find the seaside town of Skerries. Bustling in summer months, the beaches are full to the brim with tourists and city dwellers looking to dip a toe in the sea. However, Irish seaside towns take on a different vibe during the autumnal months and Skerries is still worth the excursion beyond September. A seaside town that’s worth its salt all year round Towards the end of the year, you’ll still find plenty of people braving the wind for a stroll along the seafront. The sea air, a tried and tested cure for what ails ya, feels just as good in your lungs in November as it does in July. The name S