Stress baking. It’s a thing, you know. It’s what Caryna Camerino used to do after another difficult day at her old job in human resources.

It was also the starting point of her successful Dublin startup: Camerino Bakery.

Caryna Camerino, a first generation Canadian who has lived in Dublin for the past 17 years, wasn’t always a baker.

However, food was always a big deal at home – partly because her father, who was from Rome, is a stickler for authentic Italian cooking. Such a stickler, in fact, that she loved going to friends’ houses where she could enjoy a regular TV dinner, like normal folk.

Intending to visit Ireland for just a couple of days after she finished college, Camerino never left. Her HR job was courtesy of an engineering company that sponsored her visa and employment permit.

And she kept at it until her bakery habit turned from a method of stress management to a full-time form of employment. Today, she runs a bakery and two cafés in Dublin, which employ 26 people. 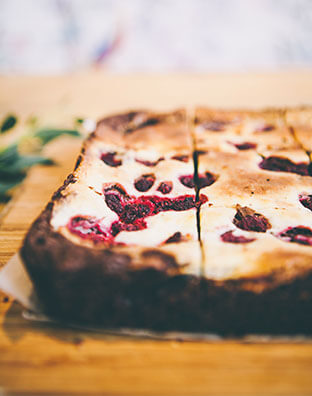 They’re so successful that she’s even started to run classes for those who want to know the secrets behind her baked goods.

17 years at work in Dublin haven’t dulled Camerino’s appreciation of the people she meets – which still has a delightfully positive shine to it.

“Dubliners have really big hearts and I think they really appreciate good honest things like, you know, humour,” she says. “Or in my case, good cake.”

Dublin’s interconnectedness has also paid off for Camerino: “Because it’s comparatively small, people really support you – and that support means so much more than if you were in a bigger pond.”

Elaborating, she adds: “It’s been over ten years since I left the engineering company and to this day I’ve never pitched business [to wholesale customers]. They’ve all come to me through word-of-mouth or ‘I have a colleague who recommended you’. People are really generous with their support and that means a lot.”

The barriers to entry are low here.

The bakery’s local suppliers play an important supporting role too. “We use McNally Family Farm in north county Dublin for a lot of our vegetables. Elliott’s Cash & Carry has been with us from the start and their customer service is super amazing,” she says. “Roasted Brown in Delgany supplies our coffee”.

(The coffee is super amazing too – you can take Dublin.ie’s word for it.) 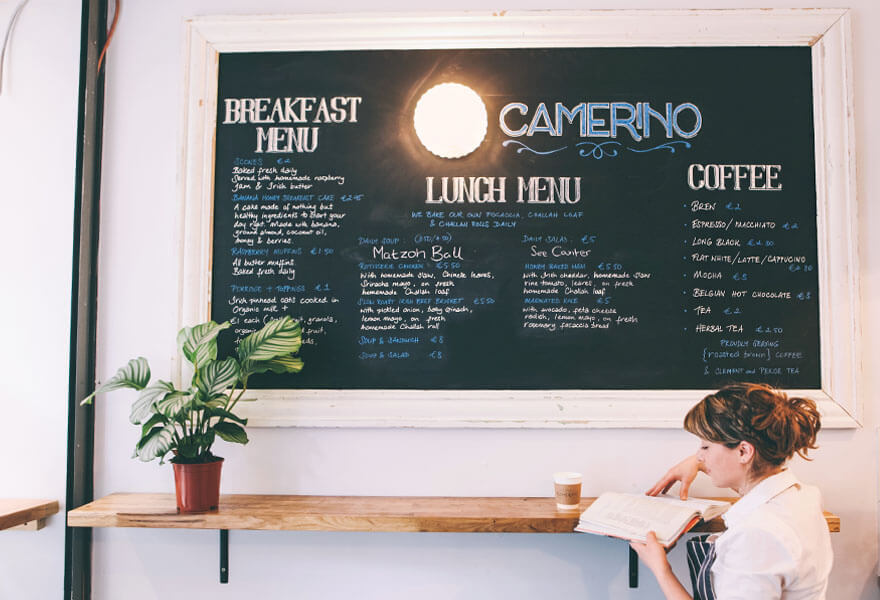 Camerino agrees that the pace of change has accelerated during the years she’s spent in Dublin. Coming from a multicultural background herself, she notices in particular a more diverse range of cultures in today’s Dublin.

“Dublin is a lot more multicultural than when I arrived first, for sure. You can see it in how people are more curious about new food. When I came first, people were only beginning to learn about wine and, maybe, coffee. Takeaway coffee was just starting to become a thing when I first arrived,” says Camerino.

…Which means you get a lot more creative freedom.

Nowadays, if you put kimchi on a menu, people don’t blink. Dublin’s food scene has come a long way since the noughties, she says. 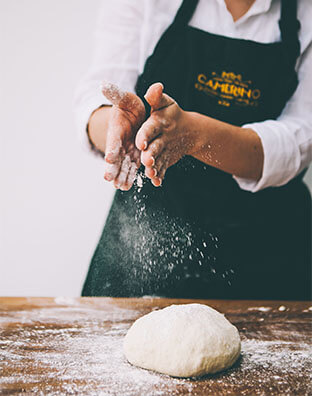 In this respect, Camerino believes the economic downturn might have had a salutary effect: “I think the recession cleared out a lot of the bullshit coffee shops. I think there’s only really room for good ones now.”

Another advantage of Dublin that she identifies is a comparative lack of bureaucracy. The genesis of her business was in the suburb of Ranelagh at one of Dublin’s many farmers markets.

She makes the point that setting up a similar stall in other cities can be “a big deal with a lot of red tape”.

In Dublin, however, she was able to call the Health Service Executive and get herself the necessary paperwork in double-quick time. “The barriers to entry are low here,” she says. “Which means you get a lot more creative freedom”.

Coworking and a chance encounter

In common with many cities today, Dublin has a thriving coworking scene. And Camerino was an early beneficiary of the serendipity that occurs when a bunch of startups are working together in the same space.

In her case, a chance encounter at her coworking space with Mark Rafferty – one of the co-founders of the successful car rental company GoCar – led to a positive experience with peer-to-peer financing. It covered €10,000’s worth of coffee-making equipment.

Camerino is also proud to say she obtained the lowest interest rate to date in the history of peer-to-peer lender Linked Finance.

Comparing her northside and southside cafés

One of Camerino Bakery’s cafés is on the south side of the river Liffey, on the formal and elegant Merrion Square. Here, you can sit down, study the menu and relish your sandwich, coffee, cookie – or whatever you order.

The other is on Capel Street on the north side. This is a busy and eclectic shopping-and-eating street, which is home to a glorious, multicultural mix of eateries and other independent businesses.

Here, you can order food to take away – or enjoy standing up. This is also where Camerino Bakery prepares its beautiful bread and elaborate cakes. Cupcakes, drip cakes, wedding cakes and all variety of party cakes are prepared here.

Just give me anything that has ham on it.

“On Capel street,” Camerino says, “people are looking for something quirky, a bit different. On Merrion Street, you get people who might be looking for an elevated quality place – but you also get hungry people who are like ‘just give me anything that has ham on it’.”

(Camerino Bakery’s ham is supplied by Lawlor’s Butchers in Rathmines – another Dublin suburb with impeccable foodie credentials. And yes, it’s super amazing too!)

Alternatively, head to the bakery’s website to see its fine foodie fare.

“So your bar is there. You have to have that and give me an appraisal,” says Clare. “You can be honest,” she adds. That’s a terrible idea, Clare, I think to myself. I‘m a hopeless chocolate snob. ‘Dairy-free milk chocolate’? How is that even possible? As Clare herself admits, when you say the word vegan, people assume it’s going to be horrible. She reckons that they’re thinking: ‘Oh my God, it probably tastes like sawdust!’ But guess what? This Chocolatey Clare Salted Peanut bar tastes great. It’s not too sweet and icky like lots of non-milk milk chocolate. Not too pale and wishy-washy. This milk chocolate has a he