What happens when you choose the road less travelled and forgo a full-time college course on leaving school? We chat to successful sales rep Craig Andrew about what he did instead.

The Leaving Cert can seem like the biggest thing in the world when you’re 18. It could define the rest of your life.

That’s how Craig Andrew and many others felt when they were that tender age.

“It’s not like I didn’t try,” Craig says. “But nothing really spoke to me that much. So I applied for stuff I thought was relevant with help from guidance counsellors, who I guess are looking at your mocks and the effort you’re putting in.”

He continues: “Anyway, they put things on my CAO. Whether you want to do them or not is another thing.”

Craig got his second choice, Business Computing at NCI. “At the time it sounded like the most boring thing I could do. And it turned out that it was,” he says with a grin.

“I was only in there for about three months and I’d say I attended six classes. I just felt extreme apathy, I didn’t care for it at all.”

This is painfully common amongst students who get into college with no real aim or purpose. It’s also becoming a problem following the Covid-19 pandemic as students struggle to engage across many of the city’s universities.

“When you’re that age, I think it’s really hard to gauge what you want to do, unless…” he pauses. “There’s people I could have chosen career paths for out of my friends. Even in fifth year, they were already going for something that they wanted to do. I was just one of those people who was rushed into something I didn’t want to do.”

Finding an alternative to going to college

Craig never sat his Christmas exams and dropped out of NCI, still unsure of what he wanted to do.

However, he returned to education, taking a FETAC in media production and producing a portfolio for Visual Communications and Photography. “My portfolio just never cut the mustard,” he recalls.

He says a turning point came when he started to earn his own money. He got a job at Fitzpatrick Castle Hotel in Dalkey. “When you start actually making money you realise the point of things a bit more,” he says.

As a 20 year old I never saw myself in sales – which is kind of funny, because that’s exactly what I do now.

Craig was working full-time and making good money, but also learned that he was doing exactly what he didn’t want to do. Though he admits that he developed a strong work ethic and got some valuable life lessons out of it.

“I guess it taught me that I wanted to do something more personable, something in the same realm of the service industry, but something in which I could progress,” he explains.

In hindsight, he proposes that maybe everyone should, at some point, have a job like that. Earning money at that age is addictive, he says. It gave him a sense of independence which, he reckons, helped him figure out what he wanted in life.

Carving out a career in the service industry

Each job since then has brought Craig further away from education and closer to what he truly enjoys.

“Not only did it take me further away from an ideal, education-wise, but when you begin employment at that age, you feel like that’s life. I had to pay rent, car insurance… Things like that. You develop expenditure by virtue of having a job, so it’s kind of a hole you dig yourself,” he says.

From there, he took on a temporary job as a receptionist in Ballsbridge’s Audi Centre. He found it unfulfilling, but the money and hours were social and consistent. 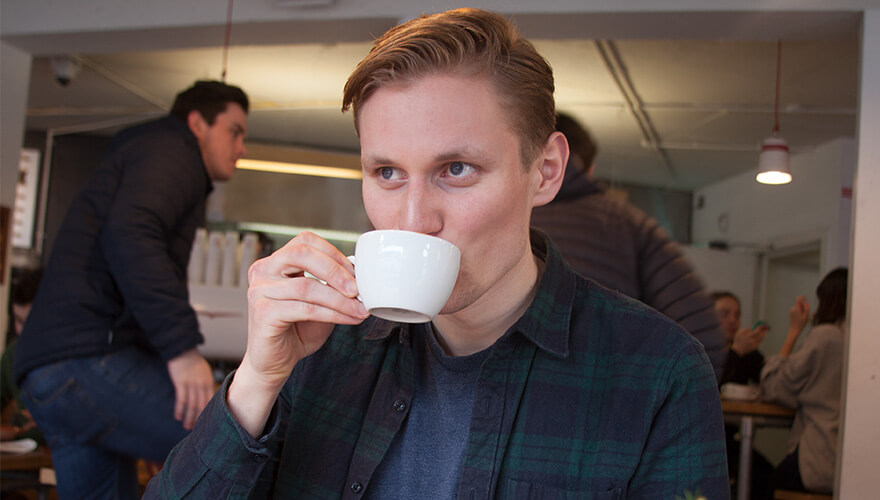 “My dad would suggest the idea of sales through Audi, but as a 20 year old I never saw myself in sales – which is kind of funny, because that’s exactly what I do now,” he laughs.

Then he started work at The Beech Tree Café in Kilquade. “I’d learnt how to carry heavy plates at the hotel, so that was a big bonus!” he says. “I was also lucky that I was working for two extremely nice people.” They were Chris Flannagan and Siomha Guiney – and they introduced Craig to the world of coffee.

Beginning his journey in sales

It was a world he became obsessed with. “I’ve always gone through phases of obsession. Whether it’s photography, cycling, DJing or coffee…” Craig says. “Coffee was just a fuel for me before, but I became more quality-focused when I was working around it all the time.”

Stephen McCabe of McCabe’s Coffee noticed how interested Craig had become in coffee and put him to work as a trainer. “He called it ‘barista auditing’,” says Craig. “I’d train the staff and then give them individual feedback.”

He also began working a number of part-time jobs with Roasted Brown and Bear Market. Craig was developing his skills in a niche community that was just taking off.

Having gained more valuable experience in the coffee world, Craig set up Fika coffee shop with Chris on Dawson Street. He sees this three-month period as a great learning experience.

I’d say it happened more organically than if I’d gone to college, but it probably took a bit longer.

He also met a lot of people interested in what he was doing with Fika. Its central location brought a lot of pressure. “I was the only one in there, so I knew everything that was going on,” he says. “That was the most I’ve ever learnt.”

He says the longer you’re in something, the more you care about it. And, if you work at it, your progress accelerates.

After a brief period in limbo following his stint at Fika, he found work as a manager at Love Supreme in Stoneybatter. He was asked to fill the role based on his experience in the coffee industry.

“It was a perfect situation where they had nightclub experience and I’d just come out of a startup cafe,” he recalls. “They really had a vision for it and it was exciting. I liked them and that’s what was attractive: working, yet again, with people who I liked.”

From strength to strength

Two years later he had an itch. “I was set on going to Canada, but then I was put in touch with 3FE sort of by chance. I stumbled into Colin Harmon from 3FE and asked him for some coffee contacts in Canada.”

Colin had never been to Canada, nor did he know any Canadian contacts, but he asked Craig to apply for a position with 3FE.

“It definitely raised a brow. I would have been doing the same thing in Canada. The novelty was only in being in another country,” he says. 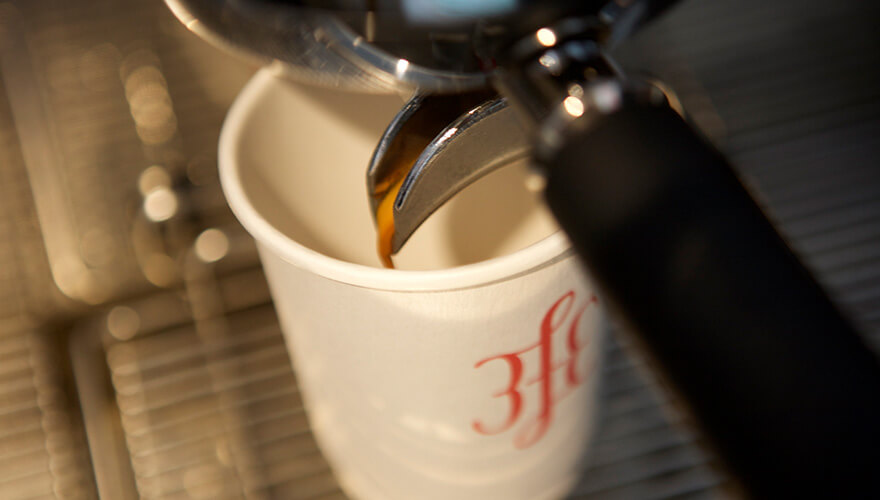 He chose to stay in Dublin and continue learning. Craig took on the role of accounts manager at 3FE. “There’s a lot of charts, a lot of time in front of a laptop… There’s time spent on the road or with other people, planning out their bars or cafes.”

His accumulated experiences from over the years helped in the role – and he even learned more at the globally recognised company too.

“I met the right people at the right time. I’d say it happened more organically than if I’d gone to college, but it probably took a bit longer,” he says.

His advice for Leaving Cert students

Since we spoke to Craig about his time at 3FE, he has gone on to work with coffee supplier Brewed By Hand and then software giant Intercom – one of Dublin’s most successful tech companies.

His experience shows that it is possible to land great roles without necessarily going to college.

For anyone soon to sit their Leaving Cert, he says: “You probably won’t find out if you like something, unless you do it. Even if you think you’ll hate college, you should do it if you’re afforded the opportunity – but don’t do something you don’t want to do.”

The alternative isn’t easy though. “You need to work harder on those other options if you’re going to go down the alternative route,” he says. “Ultimately, if you find something you like and want to do, there’s probably a community out there for it.”

To learn more about Dublin’s work culture and opportunities, read our articles on working in Dublin.

Stress baking. It’s a thing, you know. It’s what Caryna Camerino used to do after another difficult day at her old job in human resources. It was also the starting point of her successful Dublin startup: Camerino Bakery. HR to hotbuns: Caryna Camerino’s startup story Caryna Camerino, a first generation Canadian who has lived in Dublin for the past 17 years, wasn’t always a baker. However, food was always a big deal at home – partly because her father, who was from Rome, is a stickler for authentic Italian cooking. Such a stickler, in fact, that she loved going to friends’ houses where she could enjoy a regular TV dinner, like n

Since 2014, Blas Cafe has been serving some of the most flavourful brunches and lunches north of the river Liffey. Think breakfast baps, toasties, eggs Benedict – and everything in between. Based in The Chocolate Factory, which once manufactured Toblerones and Mint Crisps, Blas Café’s neighbours include an eclectic mix of startups and individual creatives who share its coworking space. Setting up Blas Café played a big part in the old industrial building’s transformation. And its founder, Hassan Lemtouni, is extremely proud of what he ha