If you went to school in Ireland in the late twentieth century you’d have been taught a lot about our nation’s struggle against imperial oppression.

But other nations still in the clutches of various empires got short shrift from our school books. Latvia? Estonia? Lithuania? If we even knew they existed, we didn’t trouble to separate them in our minds from Russia. Sure weren’t they all just the Soviet Union – where girls fell in love with their tractors and unlucky dogs got sent into space?

Indra Variakojiene didn’t have a tractor. In fact before she came to Ireland she worked as a chemical analyst – in a laboratory attached to a flour mill in Lithuania.

My sister was here for one year on a student exchange programme. My mum had retired as well so we said, okay, let’s go to Ireland!

Dublin.ie: And now Lithuania’s been in the EU since…
Indra: 2004

Dublin.ie: Is that important to you?
Indra: Very important! You can travel and you can work where you travel. Before I needed a work permit. Everything now is much easier!

Dublin.ie: Did you learn English in Lithuania?
Indra: I was studying it when we were still in the Soviet Union. So the first foreign language was Russian, and the second was English. We didn’t really study English very hard because we thought we’d never need it.

Dublin.ie: What brought you to Ireland?
Indra: My sister was here for one year on a student exchange programme. My mum had retired as well so we said, okay, let’s go to Ireland!

So I started looking for a job and I came here when it was a branch of Café Sol. And I said I can clean tables and they said no, you can do more, much more! I’ve had very good mentors in Café Sol and I’ve learned everything from them. They’ve pushed me to learn – they’ve been great. [Indra singles out serial food entrepreneur Edel Byrne for special mention here] 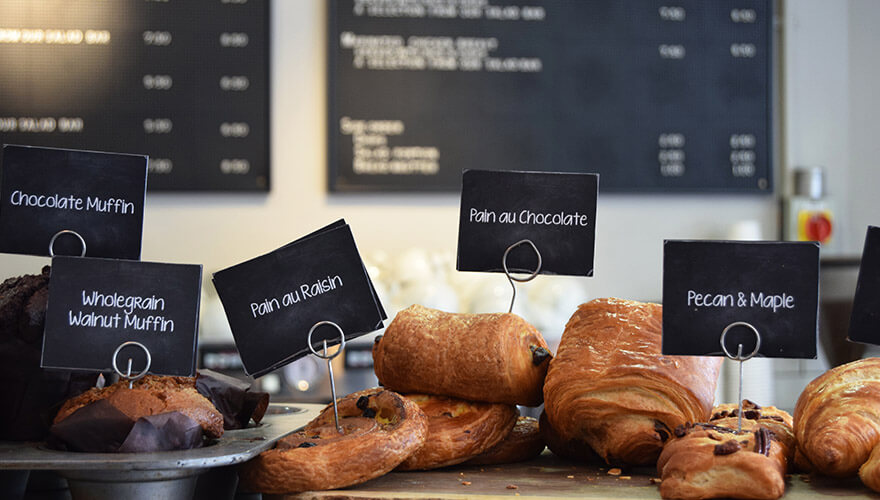 Dublin.ie: How did you get on at work?
Indra: Eventually at Café Sol I was in charge of all the staff. There were 12 or 13 cafes – so around 80 people. I did that job for four or five years: no weekends, no Christmas at home, you need to be on call, available, ready to be there wherever and whenever. And then there’s all the paperwork.

Dublin.ie: And you didn’t want to do that anymore?
Indra: No! I really understand what it is I like to do now. I like to be on the floor. That’s what I really enjoy – to be in the shop, to serve customers. That’s the most enjoyable part of the work. I want to be here in the morning, I want to serve good coffee.

Dublin.ie: Where do you like to be when you’re not on the floor?
Indra: On good summer days I would go to Herbert Park or Merrion Square or Blackrock. The parks are fantastic.

Dublin.ie: What’s Vilnius like?
Indra: More modern. More big buildings. More high buildings. What’s fantastic about Dublin is that the red brick buildings are still there. And from the city centre you can walk to Merrion Square in just ten minutes – and you feel tranquillity. You can’t really imagine that you’re in a city.

Dublin.ie: How do you get around if you’re not walking? 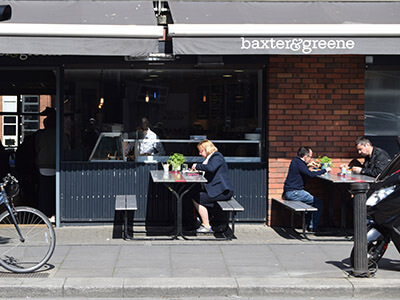 Indra: Cycling. In Vilnius you can’t cycle – there’s no infrastructure for it. Here, they took half of the road from the cars [the cycle lane along the Grand Canal] and gave it to us – that’s why I’m cycling. And the drivers here are very friendly as well.

Dublin.ie: Are you sure!? What, compared to Lithuanian drivers?
Indra: Yes, absolutely! They are very grumpy, often rude. Here drivers are fantastic.
And sure enough, as I cycled back to the office after saying goodbye to Indra I couldn’t have encountered a more considerate bunch of fellow road users. Check out Baxter & Greene for some great coffee – and plenty of good karma for everyone too.

On St. Patrick’s Day 2017, Stephen James Smith sat a few rows back from Michael D Higgins in the presidential stand outside the GPO. Sitting beside his father, he watched as the parade passed by on O’Connell Street. He thought about how bizarre the whole situation was. He felt humbled by the experience. Aware of the risk of getting a swelled head, he knew he had to stay focussed on the next project. Stephen had been commissioned by St. Patrick’s Festival to produce a poem in honour of our national holiday. The parade was inspired by Stephen’s words. “It was surreal,” he says. “Almost 20 years ago

In conversation with Panti Bliss When the Marriage Equality referendum passed in May of 2015, Ireland’s dearest drag queen Panti Bliss took her place on the podium at Dublin Castle. Standing alongside Sinn Féin’s Gerry Adams and the then-Minister for Justice Francis Fitzgerald, she addressed the emotional crowd. Rory O’Neill’s alter ego, Panti, who had always been in the peripheral vision of the Irish people, was now front and centre having played a hugely important role in the Yes campaign. I don’t think Dubliners accept anyone as a Dubliner, unless they were born here. Today, Panti performs all over the world, but