One American’s experience of studying in Dublin

Ben Campbell Rosbrook is originally from Syracuse in upstate New York. After completing his undergraduate at a college in Vermont, he came to Ireland to do his Masters degree at Trinity College Dublin. That was back in 2016, but today he still lives in Dublin where he works as a commercial analyst.

After Ben had been living in Dublin for a few months, Dublin.ie spoke to him about his experience of studying in the city. So what brought him to Dublin?

Student life from an American’s perspective

“I’m spending like half or a third of the fees to do my masters here, compared to America,” notes Ben. “I think a lot of students in America get the sense that the system is stacked against them. Irish students are quite lucky.”

Ben arrived in Dublin in August just before the new term began. “[Dublin] is a bigger city than I grew up in and it’s a really young city,” he says. “I find Irish people to be friendly, but cynical! It’s really refreshing coming from the states, where people are friendly in a naive kind of way.”

So why did he decide to do his master’s in Dublin rather than the US?

I had just made all these new Irish friends…

Besides the financial benefits, Ben says he came to Dublin – rather than another European city – because he already had some Irish student friends and, with no language barrier, he knew he could make more once he got here.

“All my friends were doing something different when they finished college. They all went somewhere else in life and in the world,” he explains. “I went to San Diego and worked for the summer.” Here, he found himself hanging out with Irish J1 students, who were “great craic”.

“I saw an opportunity,” says Ben. “I had just made all these new Irish friends, so I decided to move to Dublin, go to college and hang out with them for a bit.”

Ben completed his undergraduate degree at St. Michael’s College in upstate Vermont. It was a small college with around 2,000 students. Then, he attended Trinity College Dublin, which is Ireland’s leading university with over 18,000 students.

Welcoming 118 different nationalities through its doors, it is also ranked the 12th most international university in the world. So how does studying in Dublin compare to his experience in America?

“I did my undergraduate in economics, it was a Bachelor of Arts. Here, I’m doing a Masters of Science in economics,” says Ben. “So it’s a little bit more quantitative and really heavy, but it’s interesting.” 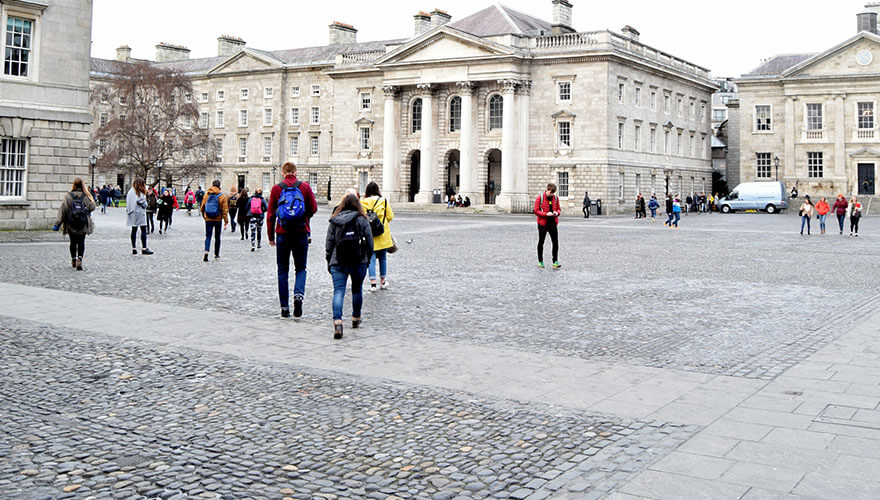 Having studied in both Ireland and the US, Ben has found some key differences in the way the two countries run their colleges.

“It’s structured very differently. There is a lot of focus on exams here. In a lot of courses, it seems that 60% to 80% of your marks are from exams,” Ben says. “In the States, it would be broken up a bit more. 30% would be an exam and the rest would be split between continual assessment, papers and attendance.”

This structure means there’s different amounts of work to do throughout the year here. “[In the US], you are working consistently throughout the semester,” says Ben. “But here, you seem to put a lot of work in at the end. It’s more about getting to know the material so you can pass the exam.”

I’ve had to change my study habits to be more intense.

So does this mean Irish students doss? That’s not quite how Ben sees it. “My friends always joke: ‘That’s the Irish way!’ But I think it means Irish students are really good at studying for the last couple of weeks,” he explains.

This has been a big adjustment for Ben. “I’ve had to change my study habits to be more intense,” he says. “My tendency would be to try and learn everything, but you can’t. So you have to be smart and efficient about what you study.”

How do the costs of studying in Ireland compare with home?

As Ben already mentioned, the cost of education in Ireland was a key part of his decision to study here.

“That’s the reason I told my parents I was coming here actually,” he says. “It’s definitely more practical to study in Dublin. I’m spending like half or a third of the fees to do my masters here, compared to America. That includes flights, rent etc. Dublin is an expensive city, so that’s saying something!” 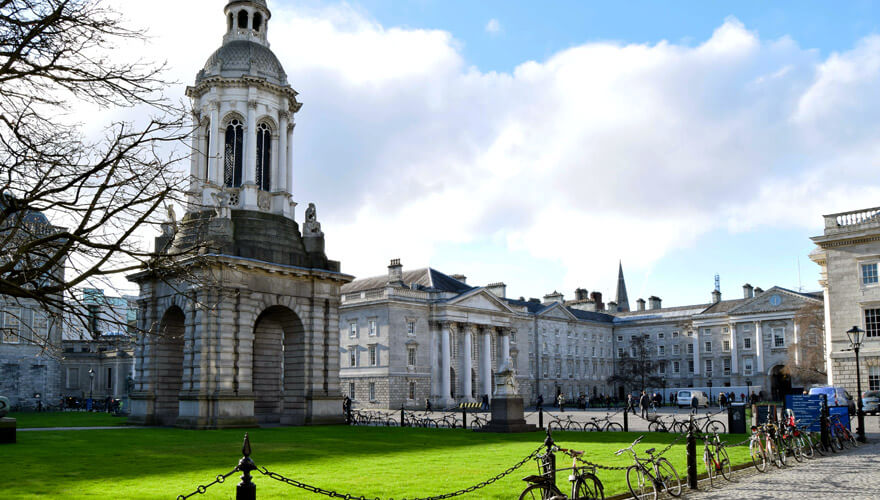 Ben mentions that his sister recently researched Masters courses at home and the price tags are set at around $60,000-$80,000. “Some cheaper ones might be like $40,000 a year in America,” he adds. “But compared to Ireland, that’s not cheap!”

He also notes the impact of student debt in the US. He estimates that the average amount of debt among his classmates who graduated from his BA course in Vermont was around $30,000.

“There are people above and below that,” he adds. “Student debt is considered normal, everyone takes it out. But I’d say people are motivated by that. I wanted to do well in college because I took out a loan.”

But compared to Ireland, that’s not cheap!

However, at the same time, it can put people off going to college altogether, he says. “Knowing you will have so much debt after college makes some people apathetic and leads them to make alternative life choices,” he explains.

That’s another reason why seeking out a cheaper alternative across the Atlantic appealed to him. But he was still apprehensive about the costs involved.

For Ben, heading abroad to do his Masters was a big step. It’s not quite the path his parents expected him to follow either.

“College was always expected from my family,” he says. “But the way my dad has always thought about graduate school is: you go find a job and then your employer should pay. That’s how he did it. But it’s different times I suppose and my life is different from his. So that was definitely the scariest thing.” 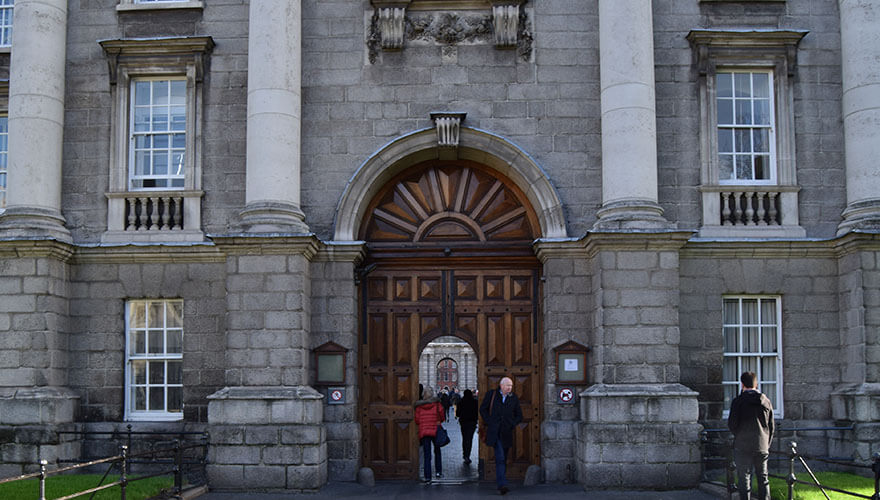 Since relocating to Dublin, Ben has settled in well. During his free time, he likes to wander around the city, grab a cup of coffee and find a spot to do some reading.

“I just like sitting somewhere and watching passersby,” he says. “Dublin feels really old and people have been here for a long time. There is definitely a writer’s vibe around Dublin. Think about all the writers and artists and influential thinkers who have come through here. It’s just nice to, I don’t know, kick around town!”

I have no reason to leave…

When we spoke with Ben back in 2016, he planned to get a graduate visa and stay in the city for at least another year. Six years later and he’s still here.

“I like living in Dublin, so I have no reason to leave,” he explains. “I really dig it here, but people are always like: Why are you in Dublin if you’re from America? I’d die to go to New York’. For me, I think I’ll stay here while the grass is still greener.”

The chance to work after graduation is a big perk of studying in Dublin – especially for non-EU students. Discover more great reasons to study here.