A pathfinder for Brazilians coming to Dublin

Ed Giansante – aka Edu or Eduardo Giansante – left Sao Paulo for Dublin in 2008 with the hope of learning English and making a new start in Ireland.

Initially, he lived with a host family in a Dublin suburb and went to an English language school near Mountjoy Square.

Since then, his English, his career and his following have all come a long way.

From boom, to bust, to blogging

Ed’s timing was both good and bad. Upon his arrival in 2008, Ireland’s economy had hit a massive recession and the country was facing into a period of austerity.

It would be hard for a native to survive in the capital under such conditions, let alone a non-English speaker.

However, he found a job at Stratogen, an advertising agency, where he worked for 18 months.

It was amazing to be there after just one year of being in Ireland.

“I was making hardly any money, because of the recession, but I had a job. That was really important in so many ways; integrating, learning, just getting experience. I was lucky,” he says.

Indeed, at that time, Ireland was a tough place for anyone to be. However, on the plus side for Ed and several others, blogging was on the rise. Ed found himself blogging to a small audience back at home about his experience of moving to Dublin.

“I was telling them about the food here, like chicken fillet rolls and crisp sandwiches!” Ed says. “It was all just personal experiences; it grew very organically that way.”

A turning point for Ed

By 2009, Ed was attending the Blog Awards, where he was a finalist up against none other than Rory O’Neill – aka Panti Bliss.

“It was a bit crazy. Obviously, she wasn’t as famous back then, but Nialler9 was also there,” he recalls. “There was this group of people at the awards who are now really successful and it was amazing to be there after just one year of being in Ireland”.

Ed took up work with gaming giant Zynga for a while. Then, he says he worked on Farmville and other Facebook games. Next, he became a community manager at Dropbox. And then a manager at VMware. Today, he is Head of Community at Wix’s Dublin office.

While Ed’s CV may be jam-packed with big names in Dublin’s tech sector, it’s his blogging that plays the most interesting part of his story to date. 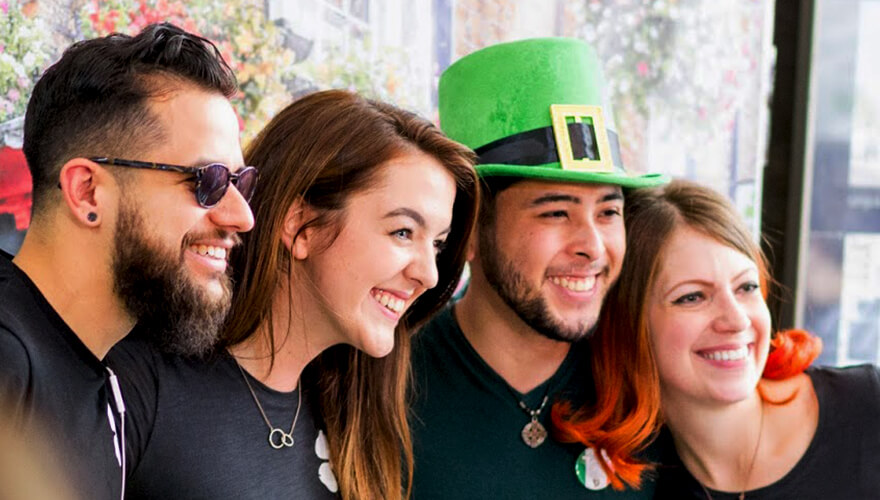 Ed Giansante and the eDublin team.  Images courtesy of eDublin.

Since its humble beginnings, Ed’s following has grown considerably and his blog has developed into something more.

He is now the founder and CEO of eDublin – an organisation dedicated to providing information to Brazilians interested in moving to Ireland.

“We break it down into a lot of detail,” Ed says. “Accommodation, where to study, visas. It’s not just a general guide.”

Now, there are about 30,000 Brazilians living here.

Most of his colleagues at eDublin have had to deal with these things upon their arrival in the city. So they know all the perks and pitfalls of the system.

“It’s more detailed than a general guide,” says Ed. “We provide information on businesses as well. Where to work, who can work there. And vice versa, we find talent from Brazil for companies here.”

Ed has made the process of coming to Ireland immensely easier for many Brazilians. For almost 15 years, he has shared helpful content on everything from exchange programmes and Irish food through to strange Irish idioms.

In the 1990s, there was a visa lottery for Brazilians to come to Ireland. This brought the first, small group of Brazilians over. Ed was part of the second group that came in late 2007.

And he’s absolutely right. Ireland’s 2016 census recorded just under 14,000 Brazilians living here – a figure which was three times higher than just a decade previously. And since then, the numbers have grown even more. According to a 2019 Eurostat report, around 27,000 Brazilians had residence permits.

And most of the Brazilian population in Ireland is concentrated in Dublin. They are among the most represented nationalities in the city and significantly contribute to Dublin’s diversity. And many of them come here to study at one of the many English Language Schools.

So why would someone from Brazil choose to study English in Ireland and, specifically, Dublin?

“The big driver is the ability to work and study,” Ed says. “There are so many restrictions in America that you basically cannot work legally. In the UK, you can only work 10 hours per week legally. In Canada, you need to have a certain level of education. But, in Ireland, we can work to pay for our studies.”

Ed explains that in Brazil, very few people finish school – and even fewer have English as a second language.

“There’s a huge demand for learning English, so the few who can, leave,” he says. “Ireland is one of the best places in the world to learn English. On top of that, with Brexit, Ireland is the only country in Europe with English as the main language.”

Ed’s view on the future

Today, Ed’s website attracts almost 300,000 visits per month and he’s got well over a million followers across social media, including 400,000 on his YouTube channel and 500,000 on his Facebook page.

So how do all his Brazilian followers find their time here?

“Integration is difficult initially,” Ed says. “There’s no second generation of Brazilians here, so we’re all still at the point of getting used to each other.”

He continues: “Culturally we’re very different. Brazilians are very expressive and outward, Irish people aren’t like that. Don’t get me wrong, everyone is very friendly and kind. We socialise with colleagues and everything, but that’s where it ends. You need longer periods for real integration.” 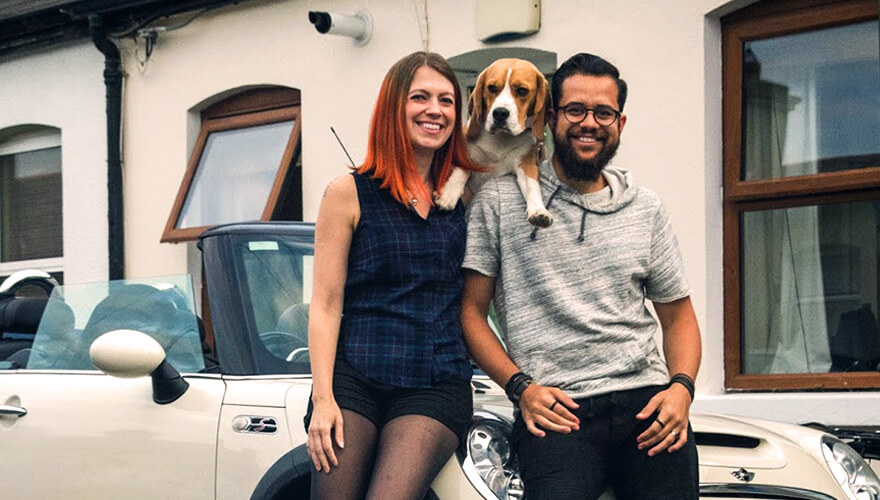 And he’s probably right. During the Celtic Tiger, which began in the mid-90s, thousands of Polish people moved to Ireland for work. Generally speaking, they have smoothly integrated into Irish society.

Now, 15 0r 20 years later, there is a second generation of Polish-Irish adolescents living here, being educated and working. “That will happen with Brazilians too,” Ed says. “It’s just that we were a bit behind those guys!”

Ed is now running events in Brazil, showcasing Ireland and Irish culture to potential emigrants. However, he wants to do more events in Dublin in the future.

“I want to raise our video output… interviewing Brazilians who have moved here about their story,” he says. “We just want to connect and grow it here.”

Check out some of Ed Giansante’s videos for yourself over on eDublin TV.

‘Since it opened in 1961’, says the brochure, ‘the Goethe-Institut has broadened the professional and personal horizons of 50,000 people who have attended its German courses’. Currently housed in Fitzwilliam Square while it awaits the refurbishment and extension of its Merrion Square HQ round the corner, its director is Dr Thomas Lier. Thomas is from Bavaria. Don’t call him ‘Bavarian’, though. That, Dublin.ie learns, would be like calling a Cornishman ‘English’. Because Thomas is really a Franconian, from Wurzburg, and Franconia was an autonomous region until Napoleon kicked it into Bavaria. ‘Wurzburg has a