Unique and personal perspectives on life in The Pale.

You’ve probably heard that Stoneybatter has been gentrified. They wrote about us in The Guardian, so it must be true.

As the fourth generation of my family living in the neighbourhood, the notion of gentrification sits uncomfortably with me. Certainly, we have seen changes in recent years, and some of my neighbours have been given the short end of the stick since “boomtime” passed. The people still living in the O’Devaney Gardens flats were abandoned without the new homes and services that they’d been promised. Like anywhere in Dublin, rents are soaring and building companies are buying up property by the handful, which has priced some people out of the neighbourhood. On the other hand, there has been a notable arrival of normcore stunners in New Balance runners and Cliff Huxtable jumpers, while the neighbourhood also now boasts an unrivalled amount of brunch options. The word “gentrification” though, that implies something more than hipsters and artisan sourdough. It implies that we’ve been sanitized, that our community has changed beyond recognition.

I just don’t think that’s possible for somewhere like Stoneybatter.

Gentrification suggests blow-ins who arrive in the neighbourhood while the coffee is good. Without a doubt, we have lots of newbies who wilt at the slightest glare from Maureen, the ‘Batter’s legendary, no-nonsense newsagent; but that’s always been the way. If you go to a party and mention the fact that you’re from Stoneybatter, you’re guaranteed to be met with a wistful, “I used to live there!”, along with a decades-old story of Maureen admonishing them because they walked past her shop carrying full bags from Tesco. Stoneybatter has always been a draw for young, artistic folk, that’s part of what makes it such an exciting place to live.

Gentrification suggests that we’ve lost the community that we had. When you talk to people who lived in Stoneybatter 10/20/30 years ago, they always speak of the characters that they knew. We still have plenty, new and old (I’d like to think that in years to come I’ll be remembered as The Weird Lady Who Only Talks To Her Dogs). There’s John, an older gent so charming that ladies leave multiple cooked dinners on his windowsills. There’s Colm, the shy park attendant who will sing the most beautiful songs if you ask him nicely. There’s the chap who owns the penny farthing – one of two in the neighbourhood – who nervously lets the kids from the flats take it for a spin. Recently we lost Lily, the kind-hearted lady who wheeled her elderly dogs around in a buggy and swore that a brandy-a-day was keeping them alive (Vets will probably confirm that it really wasn’t).
In his day, my late-Granda, a carpenter, could whip together a stool or picture frame in a matter of hours if a neighbour asked. He dished out the veg from his allotment on Mount Temple Road to passers-by. In fairness, this was partial payback for the fact that he used manure from Dublin Zoo as fertiliser. An issue that still causes contention with some of the older residents.

Today, the Sitric Community Garden is a hub for anyone environmentally- or socially-minded, thanks to the delightful yearly Sitric Picnic that takes over our streets. We have endless small, family-run businesses (Arun Bakery, Manor Health, Lilliput Stores, Drink Store, Fur R Feather, to name a few). We still have that little village feel – a fact that means it’s essential to give yourself an extra 15 minutes for every journey, so you can stop and chat to neighbours along the way.

So no, Stoneybatter hasn’t been gentrified, it’s just finally being noticed for all of its charms. 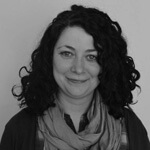