A closer look at Dublin’s neighbourhoods.

Fairview has been a part of suburban Dublin since the 1800s. In the beginning it was a refuge for well-off people seeking solace from the bustling city. The area originally bore the same name as neighbouring Ballybough. But in 1856 a church was dedicated to Our Lady of Fair View, giving the surrounding area the name used today.

Walk through Fairview and you’ll feel its unique vibe. It’s like a cross between the Liberties and Clontarf. Trendy bars and eateries sit comfortably alongside hardware stores and charity shops that have been here for years. Families who have been in the area for generations live happily alongside a metropolitan mix of young professionals. 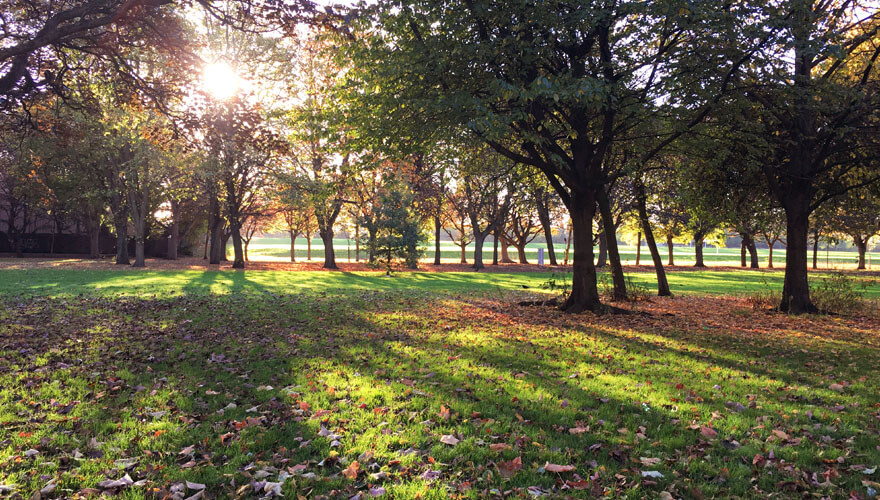 Fairview has long been home to interesting people. Bram Stoker, author of Dracula was born on the Georgian terrace of Marino Crescent in 1847. The private park that the terrace surrounds now bears the author’s name. Lion trainer Bill Stephens kept his lions behind Fairview Cinema. In 1951 a lioness escaped and mauled a man before being shot by police.

Dublin.ie spoke to Noelle Lau who grew up in Fairview in the 1960s. Her family lived and worked above Walshe’s shop in Fairview. Noelle’s mother Anna opened the store in 1953.

For 26 years the shop years gave employment to her seven children (once they were big enough to reach the counter) and countless others. The building remains the family home and the shop front and store have been preserved in their original state, bridging the gap between Fairview’s past and present. 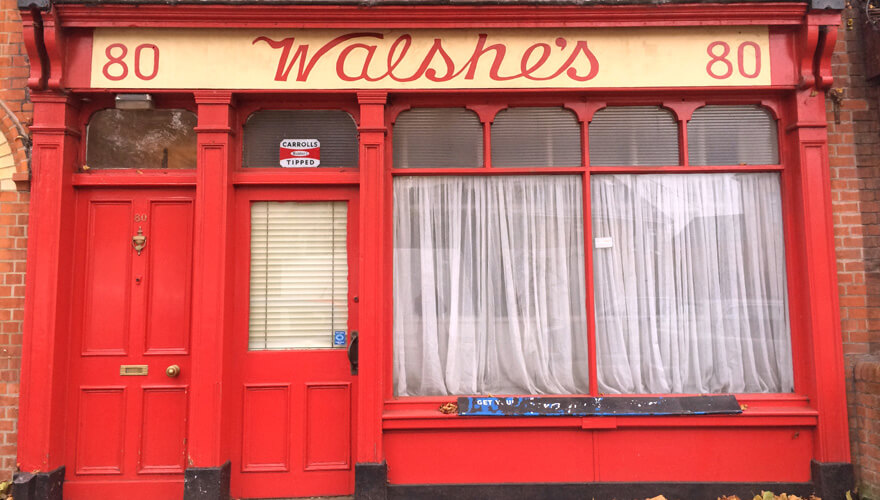 “My childhood memories of Fairview are of a bustling community of families. With church and schools nearby and the city centre a stone’s throwaway. This much has not changed.”

“Fairview Strand is not the longest road but it was always a hive of activity, lined with chemists, a pub, an off-licence and several shops. Happily Fairview Strand is a bustle again! A different time with a different vibe but nonetheless still a great place to live.”

While established haunts like Wright’s fishmongers and Gaffney & Son pub continue to thrive, new enterprises are popping up around them to cater to the needs of the modern residents of the area. Recently foodie haunt Kennedy’s, Chopped salad bar and craft beer hub Brú House have all opened their doors. 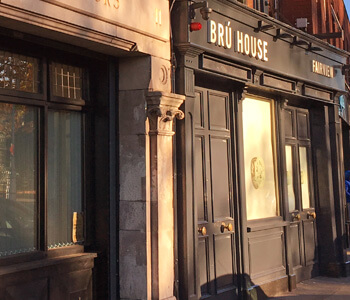 Noelle has “sweet memories of long summers spent in Fairview Park, playing tennis and football. I would swing to my heart’s content on one of the few swings in the playground as a disorderly queue of my childhood peers waited impatiently for a go. The Bandstand regularly featured musical and Irish dancing entertainment during the summer months.”

The refurbishment of Fairview Park in 2012 has ensured that Fairview’s young residents will continue to make memories there for years to come. The park now features floral displays, an interactive playground, a performance area and playing fields. In spring the beds of daffodils bring a smile to all who pass – although children seem to have less time to wait for a swing than when Noelle was growing up. There’s even a skate park for the more adventurous.

Fairview remains a great place to live, a community-centred village that’s close to the city with great schools nearby and fantastic transport links. Noelle is “only raging that the bus stop which now is two doors up from the shop came years too late for teenage me!”

A closer look at Dublin’s neighbourhoods Inner-city resident Leopold Bloom, the hero of James Joyce’s Ulysses, dreams of moving out to leafy suburbia. He has his eye on Dundrum, south of the city, where he imagines living in a bungalow called “Flowerville” or perhaps “Bloom Cottage”. Over a century later, Dundrum remains an attractive place to live. If you’re coming from the city by road, the first you might see of Dundrum is its magnificent Santiago Calatrava-designed bridge. The bridge carries the Luas tram line over the busy Taney Road junction and is named for William Dargan, the pioneer of Irish railways. Dargan lived nearby, in Goatstown, where Queen Vi